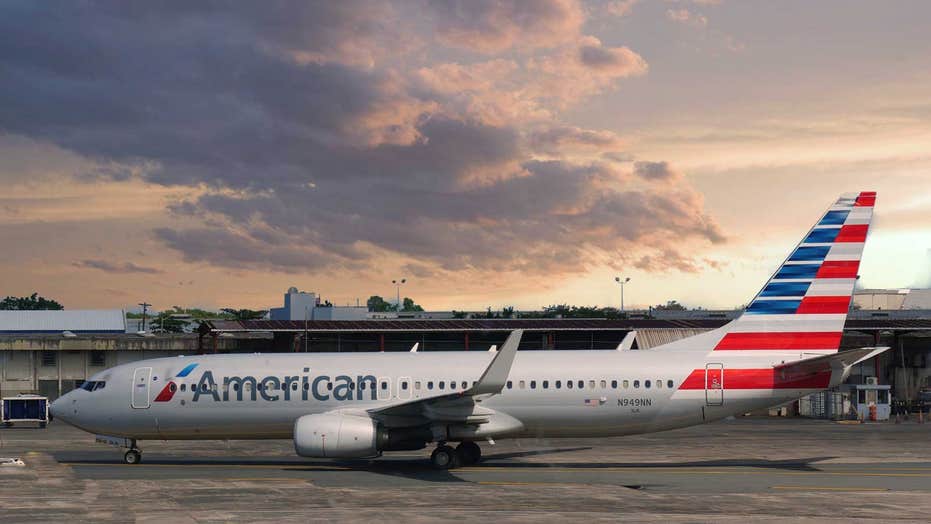 An unruly passenger forced an American Airlines flight from Arizona to Minnesota to make an emergency landing on Friday after the suspect allegedly threatened passengers, yelling, 'you're all screwed' and lit up a cigarette in the cabin and the bathroom, two passengers tell Fox News.

Jim Dickey says he and his wife Megan were on the flight heading to a conference in Minneapolis when 30 minutes into the trip the pair heard the unruly passenger beating on something and swearing at another passenger.

The man continued to pick a fight with another passenger before hitting the seat of a woman in front of him, who screamed, Dickey says. He says the man hit the plane a few more times, which is the point Dickey and his wife knew something was wrong.

An unruly passenger forced an American Airlines flight from Arizona to Minnesota to make an emergency landing on Friday after the suspect allegedly told people he was on cocaine before yelling to passengers 'you're all screwed' and eventually lighting up a cigarette in the cabin and the bathroom, two passengers tell Fox News.<br data-cke-eol="1"> (iStock)

"My wife and I were like, 'we're not going to make it to Minneapolis,'" Dickey says.

That's when nearly an hour into the flight from Phoenix to Minneapolis, the pilot announced there was "a security issue in the back," which required the flight to be diverted and land in Denver, Colo.

"I think everyone knew what that was for," Dickey says.

The pair say they had a perfect view into the bathroom, where they noticed the man running down the aisle toward the lavatory while yelling that he had to pee.

"He runs into the bathroom and all we hear is screaming [in there] and he’s hitting panels. We're not sure what's going on in there," Dickey says. "One, he started smoking a cigarette in there...The flight attendant hoped maybe he would stay in the bathroom."

"He was yelling 'you’re all screwed' when he was in the bathroom, made it a little nervous when we got back on the same plane," he added.

As the plane was about to land, the man exited the lavatory and went back to his seat, where he was described as very jittery, according to TMZ. Dickey says everyone around him could smell the cigarette smoke coming out of the bathroom at that point.

Once the plane was safely on the runway, a video shows the man being confronted by the flight attendance staff, as well as police officers and EMT.

That's when he decided to light up what Dickey says was his second cigarette.

The pilot was heard asking the first 13 rows of passengers to exit the plane so they could remove the man in question, who reportedly punched one of the other passengers as they attempted to exit.

The unidentified man was eventually handcuffed by police, who placed him on a stretcher where he was heard screaming, "Take it off, it hurts. I'll f---ing kill you!" TMZ reported.

The plane departed for Minneapolis two hours later, according to the outlet.

A rep for American Airlines confirmed to Fox News on Saturday that Flight 2408 was diverted due to a "disruptive passenger" and that law enforcement met the aircraft before it re-departed. The spokesperson thanked the flight crew for taking care of the other passengers during the incident.

"Hopefully, our flight home won't be as eventful," Dickey said of the trip.