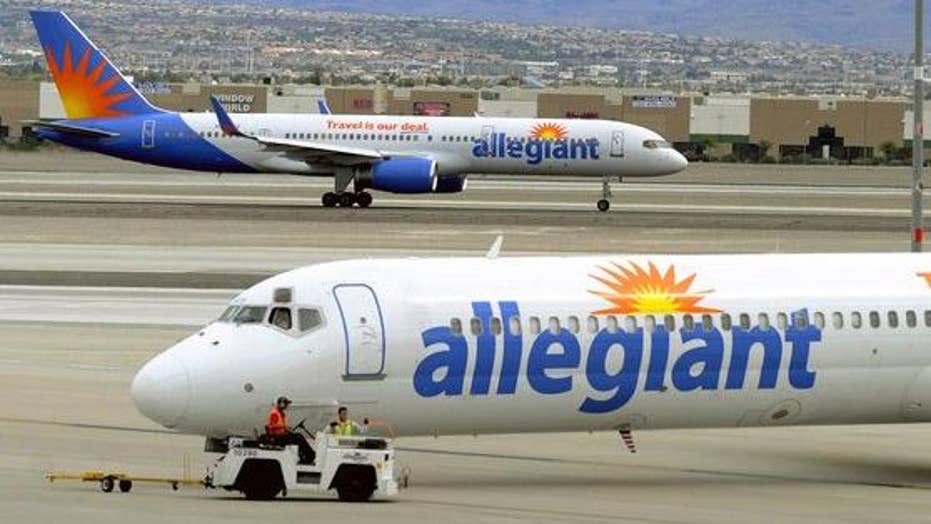 Allegiant Air pilots want their flight schedules to reflect their preferences and seniority; trying to reach agreement in years-long dispute.

Pilots for Allegiant Air are threatening to strike over a years-long dispute with their flight schedules, dealing another blow to the embattled airline.

Airline Pilots Association, Teamsters Local 1224 are in talks with the carrier over an in-house scheduling system that the union says does not take into account the seniority of pilots or their individual preferences while flying.

The union has voted overwhelmingly to only authorize a strike “should it become necessary.” The Las Vegas-based airline services major hubs like Phoenix, Fort Lauderdale, and Orlando and were a strike to take place, thousands of passengers could see cancellations at the peak of the summer travel season.

“We are people with spouses and children, not cells on a spreadsheet that Allegiant executives can move around with no rhyme or reason,” said Captain Andrew Robles, an Allegiant Air pilot and Executive Council Chairman at the pilots’ union, the Airline Pilots Association, Teamsters Local 1224. Robles added, “Allegiant has a long track record of breaking its commitments to its pilots and we’ve had enough. Allegiant executives are acting in complete and utter bad faith in failing to negotiate a fair, industry-standard scheduling system.”

Many industry insiders and the airline itself say a strike is impossible because the pilots are currently under contract and the agreements are not close to expiring. Representatives from the airline accused the union of saber rattling in order to renegotiate existing arrangements with the pilots. In addition, the airline claims it would be a violation of the Railway Labor Act, which stipulates that union members cannot strike while under contract. The airline issued the following statement to Fox News.

“We remain committed to, and are actively working towards the completion of implementing the scheduling system, working with the vendor selected by IBT. Under the Railway Labor Act, as well as the terms of the current collective bargaining agreement, this issue would not constitute grounds for a legal work stoppage."

The low cost carrier’s reputation has been questioned in recent months over concerns about its safety record. In a “60 Minutes” exposé on CBS, damaging reports surfaced from company whistle blowers and disgruntled passengers that chronicled aborted takeoffs, emergency landings, and mechanical issues in the last several years at a rate much higher than other standard airlines. The airline’s executives at the time called the report both “offensive and defamatory” while promoting a “false narrative” that the company does not comply with FAA standards.

“They’re kind of crawling back from that bad publicity from earlier this year with questions about maintenance practices…so this is not helpful, says Seth Kaplan, managing partner of Airline Weekly, an airline trade publication. He added,” customers are thinking ‘am I going to book this airline and is my flight going to operate?’”

For all the questions about its safety record, Allegiant is one of the most profitable low cost airlines. The pilot’s union says there have been 60 consecutive quarters of profits, despite the questionable practices that media reports have exposed. Passenger traffic has remained steady since the beginning of the year compared with 2017 numbers.

“They did experience a little bit of a drop in bookings after the bad publicity, but they recovered very quickly," says Kaplan.

For the pilots, no strike day has been set and they hope to reach a swift conclusion to the issue for the 877 men and women who fly for the airline.

“If this drags on, I could see a mediator getting involved, you know, perhaps, facilitated by the government, which is what normally happens in typical strike situations, but this is something the airline can solve,” says Kaplan.