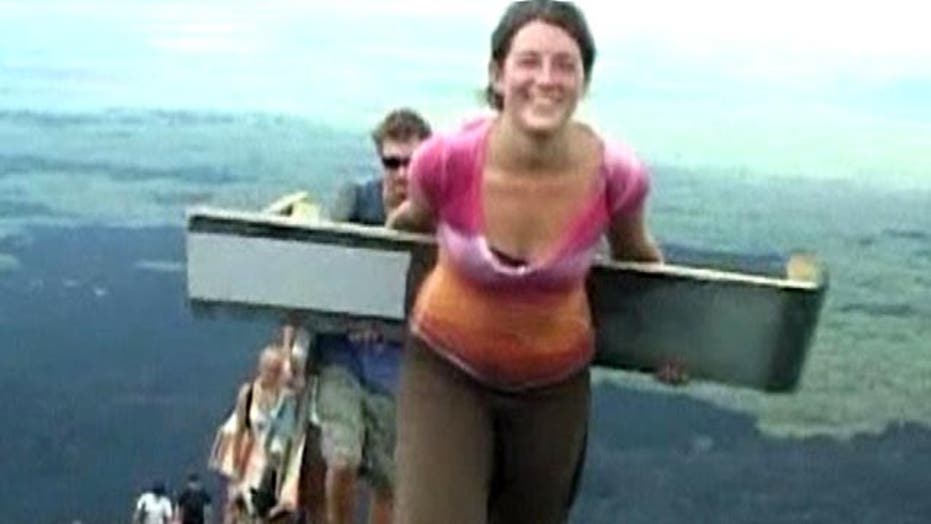 You haven't really lived until you've sand boarded down a volcano.

Name the place that’s just two hours from Miami where you can ash board down a volcano, hike through a cloud forest, rappel down a cliff into the ocean, kayak, surf, fish or just laze on a fabulous beach.

Nicaragua, bordered by Honduras to the north and Costa Rica to the south, is the largest country in Central America and one of the safest. It’s less touristy than Costa Rica, which is why so many travel experts believe it should be on your bucket list if you’re looking for an adventure—and want bragging rights to having gotten to the next best place to visit before the hoards.

Nicaragua offers the perfect combination of eco-tourism, adventure sports, beaches and historic cities like Leon and Grenada with people that welcome you with open arms.

There’s no better place to practice your Spanish either.

We stayed at unique eco-resorts Jicaro  on a private island in Lake Nicaragua and Morgan’s Rock surrounded by 4,000 acres of Nicaraguan jungle, nearly half of them a government protected reserve.  Come in winter and you might see the sea turtles nesting.

But you can also snorkel in Lake Nicaragua, the only place in the world where there are freshwater bull shark, surf on the Pacific coast along the 37-mile stretch of beaches called San Juan del Sur or zipline through an unspoiled rainforest 100 feet in the air.

For those adventure seekers, don’t miss sand boarding down the Cerro Negro volcano after you climb to the top.  Or fish in waters that teem with sea life, especially along the Pacific coast. Take your pick of rooster fish, snapper, grouper and more.

Also, hike the Mombacho Volcano Natural Reserve or go bird watching, where there are more than 750 species including Nicaragua’s national bird the “Turquoise-browed Motmot.

The hardest part is leaving.