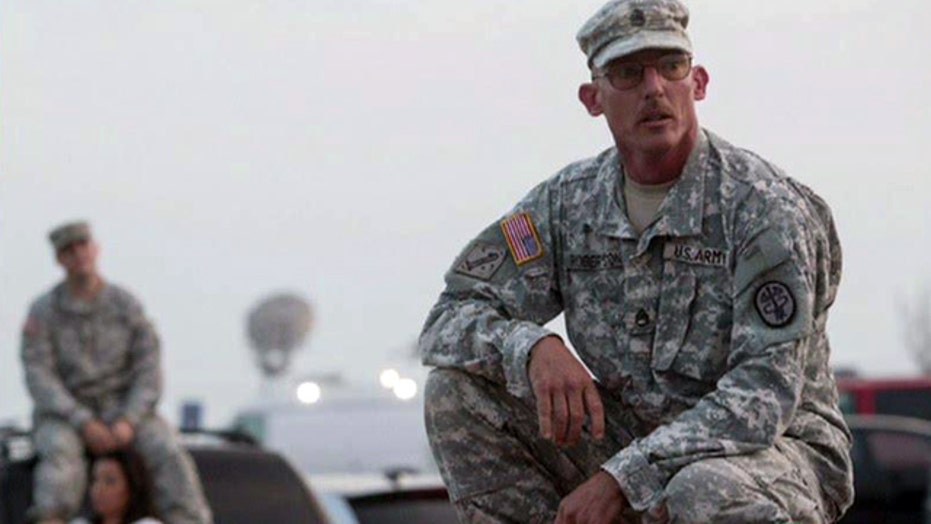 Debate over how to better protect our troops

JOHN TAMNY: I think it would be a big mistake. That's in no way meant to minimize the tragedy too took place at Ft. Hood. Ultimately we live in a world where there are mentally unbalanced individuals who will try to bring us harm. This will take place no matter what we do. They took precautions last time and they didn't work. We should be reluctant infringing on freedoms. No law or legislation is going to change this.

RICK UNGAR: I want to say and I know I'm speaking for everybody; we have these people in our hearts, the lost loved ones. We are rooting for those who are hopefully healing in the hospital. I was speaking with an ex-military friend of mine that reminded me that these bases are cities. There are a lot of people there. The military is doing their best to bring this sort of thing to an end. I wonder how much they can do. They are just people trying their hardest. Even though it's a military base these terrible things happen.

SABRINA SCHAEFFER: I think it will be time for a conversation about changing this policy. If anybody should be allowed to carry a gun, it seems someone on a military base should be. That seems to be the only thing that slows down or thwarts these horrible efforts. I reviewed an independent study of what happened at the navy yard shooting in September. Their findings said there's been too much emphasis pouring money securing the perimeter of the base and not enough looking who is coming on to the base and eliminating a lot of the security clearances people don't need to have.

RICH KARLGAARD: I think Rick Ungar pointed out the main difficulty in all this. Military bases are very large. They are cities. They occupy a lot of square miles. This is not going to be easy. Predictive behavior is science fiction today. It's rapidly evolving into something where we can probably predict violence more accurately. That would encroach on people's liberties, obviously. We are talking about the military and not civilian life.

ELIZABETH MACDONALD: Our hearts go out to the families of those victims here. They want their sons and daughters safe. This touches such a deep core. There is such a shock around stories like this and a sense of vulnerability. Tougher background checks. There are people who are unstable. The clearances need to be double and triple checked constantly. These are people with no political agenda. They crack under pressure and that's heartbreaking, as well.

BILL BALDWIN: If you want to seek safety, react not to headlines but to statistics. The statistics are clear. Among noncombat deaths, accidents outnumber homicides 10-1. You are not going to see a congressional hearing about a speeding jeep that rolled over and killed somebody. We shouldn't overreact to headlines. I think Rich's idea of some massive data base that will identify tragedies before they happen is pure fantasy.

Is ObamaCare what our Founding Fathers had in mind for America?

BILL BALDWIN: There is nothing in the bill of rights about health maintenance organizations. All the doctors could do was bleed you to death. There was something in the preamble to the constitution that said we are doing this to provide for the general welfare. There is something about statutes enacted by Congress and signed into law. There is nothing in article 2 that forbids Congress from enacting stupid laws.

MIKE OZANIAN: Strategy author those in favor of ObamaCare at the administration has been to lie about it. Once implemented to systemically erode its controls without going to Congress for approval. Despite the fact that people in the Obama administration said they do not have the statuary authority to do that. They keep saying five years from now or six years from now we'll all love it. At that time it will be a big fat kick embedded in our society like Medicare, which by the way, is on track to be broke in 20 years.

RICK UNGAR: I like what you said. It can be read which substantiate your second part. It's a yes and no. Thomas Jefferson is on record having said all doctors are quacks. They didn't see a real up side in health care. They did empower Congress to make these kinds of decisions. Congress passed this law whether you like it or not. The founding fathers would have thought it was silly in their time because they didn't thing you could get health care. They did see the future in the sense if Congress wants to pass a law to do it. Okay.

JOHN TAMNY: Certainly not. ObamaCare and the founders would never have passed ObamaCare and be struggling in their graves looking at it because the founders were libertarians. They meant to preserve our rights as individuals and severely limit the power of the federal government to do much of anything. They would be bothered that it passed. That it is a total failure wouldn't surprise them. What would bother the founders is that this speaks to the federal government going well beyond strict constitutional limits.

RICH KARLGAARD: To follow Bill Baldwin's logic, Congress has every right to repeal this law. If the republicans take the senate, they have every right to put President Obama on the veto pressure. Let's keep this going. Mike raises a great point about the misuse of executive order to continually change this law.

RICH KARLGAARD: I think we should scrap it. We need to provide a more easily attainable bottom rung on the ladder for teenagers and other people desperate for jobs and need to learn work skills. When you have an adult, particularly adults with children, it is tragic when people are working at the minimum wage. That is a flaw of the education system and it's a flaw of Obama's 2 percent growth economy. Higher minimum wage would not solve bad education and slow growth economy.

RICK UNGAR: I agree raising the minimum wage will not solve our growth problems and all the things Rich just said. There are too many people out there who can't make ends meet. One thing interesting about this, this whole argument over a federal minimum wage increase, the states have already taken it over, folks. You've got eight states that passed laws themselves to raise minimum wage. You've got 32 states going through the legislative process right now doing it themselves and eight more where people are organizing to put it on the ballot. This is going to be done before the federal government gets to it.

SABRINA SCHAEFFER: The fed should be out of it. Democrats are missing the larger point. The only thing that will help people is robust job creation and economic growth. The reason people live in poverty is because they don't have consistent paid employment. If you look at the number of people 16 and older in poverty last year, 67 percent of them did not work full time. This is a major problem. I agree we need to change our educational system. This is a president who wants to paper over the fact he has a failing economy.

ELIZABETH MACDONALD: Nearly 20 states have minimum wages higher than the federal level. To your earlier point, if you have a one-size-fits-all, if you have a national minimum wage that is higher than the cost of living in some of these states, companies there are going to have to either raise their prices on the goods there or fire people or not give entry level jobs to teenagers who need those jobs.

JOHN TAMNY: Scrap it on the federal level and leave the states out of it. As individuals we should have the right to contract with businesses however we want. The reality is minimum wage doesn't impact most of us because most businesses will pay us more than that to keep us around. What it does do is serve as a barrier to entry for those who need work experience and want to get a foot in the door so that they can attain higher wages. It's some of the cruelest legislation conceived by the political class.

A new survey out this citing that 48 percent of Americans only have enough emergency savings to last them for a month! But our Informers have stocks that will boost their savings account.

The financial sector is swallowing up the economy. You might as well get a piece of it.