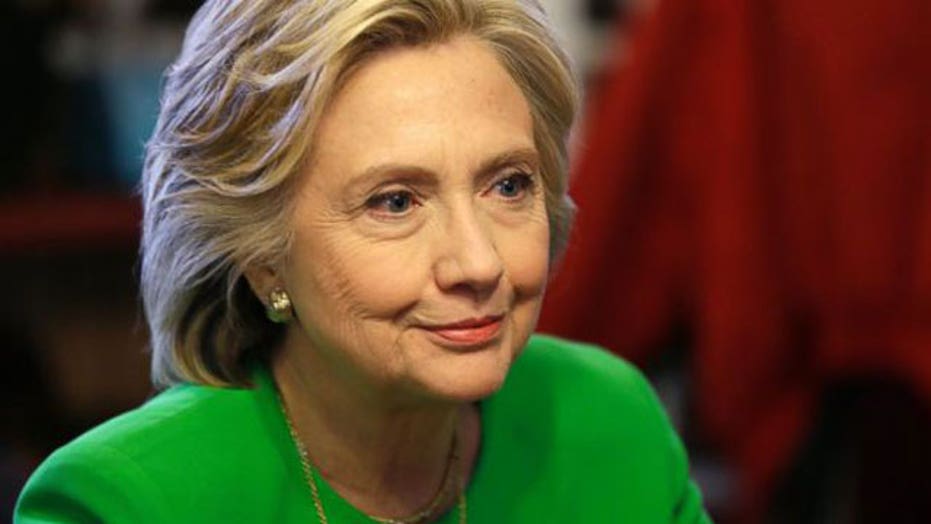 O'REILLY: Thanks for staying with us, I'm Bill O'Reilly. In the "Unresolved Problems" segment tonight, the Clinton Foundation. Even though the Baltimore rioting has knocked the story off the radar, it is still percolating. Now the Clinton Foundation says it didn't tell the IRS about more than 1,000 donations. The other night I spoke with Charles Krauthammer about the entire situation.

CHARLES KRAUTHAMMER, SYNDICATED COLUMNIST: I say it's going to have an impact on her election campaign. It's not going to be immediate. It's not going to be a spike. A dip spike, you know, a negative spike in her polls. But I do think it's going to solidify the impression people have. Now, she comes into this as probably the best defined, let's say predefined candidate in memory. I mean, she has got a cannily of people who believe in her no matter what. But I think what this does is it prevents a rebranding. When you have a candidate who runs and loses and he comes back or she comes back, they want to come back with a fresh slate.

Nixon loses in 1960, he comes back in 1968 and he is literally called the new Nixon. Now, you can't have the new Hillary but they wanted to rebrand her. That gets totally wiped away and who she is and what she is now redefined as the way she was. These are people who live on the edge. They make their own rules and they take the money where they can. Remember, when they left the White House, they took about $180,000 worth of stuff of which they had to return about 120,000. That's pretty crass and that's the level we are at now with all of the money the foundation has taken.

O'REILLY: Do you expect the republican nominee to start to basically pound her as a dishonest person?

KRAUTHAMMER: I think it takes a little bit of prudence and care. That's going to be the message. I mean, what you are seeing here is an event that I think most people are aware of. And as long as the media will carry it, cover it, talk about it, and I think this will be for quite a while. That's for republicans to allow the media to do it for them.

O'REILLY: Okay. But there is going to come a time when the republican candidate is going to face down Hillary Clinton on a debate stage. Okay? And that candidate has a choice. Now, Mitt Romney could have done it with the Benghazi thing with President Obama. He didn't do it. Mitt Romney didn't have the cojones to do it. But on the stage, you can have a republican -- legitimately turn, and say to her, convince me you are not a dishonest woman. Convince me. Now, you do that and the left- wing media is going to cut your heart out. It's a risk. Do you think they are going to do it?

KRAUTHAMMER: I think they have to do it. I wouldn't quite put it that way. You don't have to use a word that's so loaded. You simply have to say, you're secretary of state, you are representing the country. You are making decisions and at the same time, foreign governments are clearly currying favor with you by giving to your foundation.

O'REILLY: But it's different, Charles, let me interrupted you. You are on the wrong track. All you have to say is you signed a pledge, all right. You signed a pledge that President Obama made you sign and you broke it. Now, you know, come on.

KRAUTHAMMER: That's -- it's not either or, Bill. You say that in the rebuttal after she dances.

O'REILLY: That's the damage there. You sign the damage and she'll say oh, I didn't know. It was my people. And then how can you be president if you don't know what your people are doing?

KRAUTHAMMER: And then you go and burn the emails. How are we going to know what you really did? Look, there is a whole litany of things that are in here. And any republican candidate who is afraid to bring it up and to challenge her should not be the nominee.

O'REILLY: Look, John McCain didn't challenge Barack Obama. He didn't challenge him. And neither did Mitt Romney. They didn't go after him at all. At all. And I am telling you that same thing could happen now. This time around. Last word.

O'REILLY: Yes. I will be delegate -- look, I have nothing against Hillary Clinton or Bill Clinton personally. I mean, it's not a personal thing with me. But I want honest government. All right? Is that asking too much? And with the history that we see from Arkansas all the way up here. You just mentioned the 180 grand they whipped out of the White House with the history. One after the other after the other. There is no doubt now. Go ahead.

KRAUTHAMMER: Twenty five years of corruption, you want to use the word allege. You want to use the word near. But this is dirty business. They have been at it for a quarter of a century. Republicans have to raise it. You don't got to do it today. There is going to be a long campaign. But they are going to have to hammer at this because that's her weakest point.

KRAUTHAMMER: That's where you get her.

O'REILLY: One footnote, things that matter, Krauthammer's big best seller will be out in paperback on May 12th.