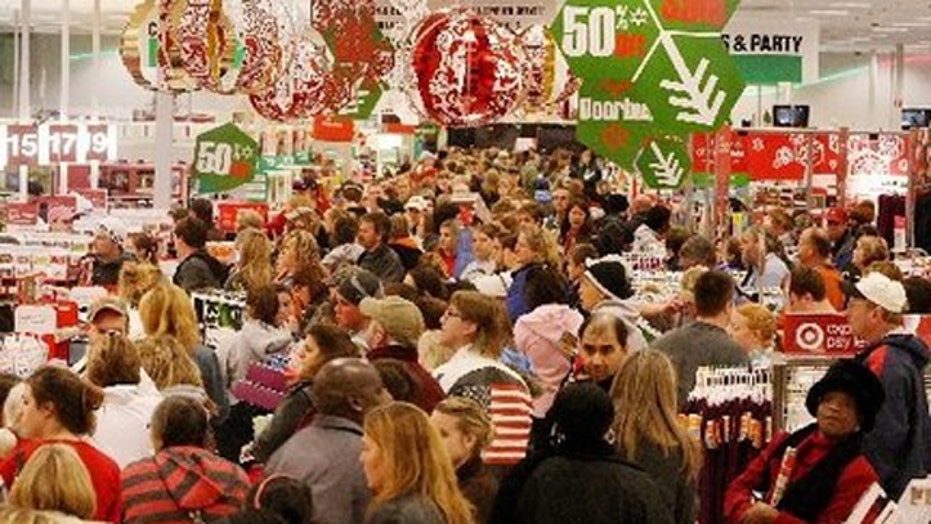 GARY KALTBAUM: If Walmart is saying uncertainty is bad for sales, you better listen. There's so much uncertainty out there about fines, fees, how much it's going to cost, and when you're going to have to pay. Whenever that's in the air, people are going to take a step back and there will be headwinds against consumers. Whatever numbers come out, it would be more if this wasn't going on.

SASCHA BURNS: You can blame everything on ObamaCare. It's the scapegoat of the week. As a standalone it isn't going to hurt, but as a continuation of the debt crisis, the government shutdown, this lack of consumer confidence, and the ability of the government to function and help with the sustained economic recovery, then, yes, it does add to uncertainty.

GARY B. SMITH: I don't think it is hard to quantify. In the most recent Forbes study, in 49 states the average premium is expected to go up 41 percent. So if you've gotten a cancellation letter with new coverage options like I have, it's easy to find out what your new premiums are going to be. If you're one of the six or seven people fortunate enough to log on to health care.gov, you know your new premium. If you're using a state exchange up and running or the one in D.C., you know what your premiums are going to be. You're getting sticker shock. You may not have to start paying premiums right away, but it's right there in front of you. For example, in my case I know that over the course of the year my premium is going to go up $2,000 to $3,000. For a lot of families, they're going to go, ‘whoa, I've got to pay another $2,000, $3,000 next year'? That will hit them in the pocketbook. People are going to say, you know, I'm not going to spend so much for Christmas this year and certainly not next year.

JONAS MAX FERRIS: There will be a better holiday season for health insurance companies than retailers like Walmart, because there's a government mandate forcing you to buy health insurance. If my state stopped mandating people buy bank insurance or my bank didn't care if I had fire insurance, I might spend that money at Walmart. But it probably won't hurt as much as we're talking about, because a lot of the Walmart shoppers may get a subsidized policy. If they had no policy, it will still cost them money. I think the high end of the luxury buyer, who sees their taxes going up to pay for ObamaCare is where you'll see spending cuts.

JOHN LAYFIELD: I see it basically starting in the spring. I believe it won't start this Christmas. I think what hurts consumer sentiment is that we have the lowest employment participation rate since 1978. We have a couple million fewer jobs than we had at the pre-recession level and most of the jobs, according to the Federal Reserve San Francisco Board, have been low-wage jobs that have taken the place of higher-wage jobs. On average, projections are down about 10 percent for spending around Christmas. I think we're going to be hurting this Christmas. I think it will be mild but not necessarily because of ObamaCare.

TREASURY DEPARTMENT TO SELL REMAINING GM SHARES IT OWNS; TAXPAYERS ON HOOK FOR $11.5B

GARY B. SMITH: The government should not be involved in bailing out private companies. This is what happens when you get government involved in things the market should take care of. The market voted that GM, Chrysler, and all of those companies couldn't survive. They should have been allowed to perish and go away; the workers could have been a lot happier working for Toyota, Honda, or Ford. Instead, we get involved in stuff like this. We'll be revisiting this show, mark my words, and we'll be talking about how the administration went to Congress for whatever, a billion dollars, to bail out ObamaCare.

SASCHA BURNS: There's never anything good about a loss of $11 billion. There's nothing good about that. However, a million jobs were saved because of it. The auto industry and auto-related industries are 5 percent of our GDP. That's something worth saving. If you put it in perspective, the government shutdown that was just 16 days of nonsense and nothing happening, cost us about $24 billion. When you're talking about what an investment is worth, the auto bailout absolutely was worth it.

JOHN LAYFIELD: What did it save? We put all of that money into General Motors, not for the sake of the automaker, but for the sake of the unions. That's where the money went. They still went bankrupt. Just like what the President said, "I won't let Detroit go bankrupt." Was he talking about the automakers or the city? Both went bankrupt. That's what naturally occurs in free markets. Ford is stealing market share right now. They did not take a bailout. We were sold a bill of goods on this.

JONAS MAX FERRIS: Well, the fact we had to bail out Chrysler again to Gary B.'s point, if we didn't bail them out the first time, we wouldn't have to the second time. The public is against bailouts even though they haven't been economically bad for the treasury when you factor all of them together. I don't think we'll get any more of them fortunately. Yes, we took a loss on GM. It's a loser company, not a bank that will pay you back. When you factor in all the food stamps that have gone on, all the unemployment insurance, I don't think we took a loss in the grand scheme of things. Not saying it's right morally, but I don't think it actually cost the government.

GARY KALTBAUM: The bailout didn't save jobs whatsoever. That is a made-up story. The fact is GM was a viable company before bankruptcy and during. The problem was their stupid legacy costs, which put them $40 billion in debt. Once they expunge the debt through a regular bankruptcy you fix up the inefficiencies and start anew. This whole thing paid off the unions, took away from shareholders and bond holders, and then they said, "look what we did." They take a victory lap over a loss for taxpayers. It's not good. It sets a bad precedent. I've got news for you, the next bailout is going to be for the banks and health care.

JOHN LAYFIELD: I don't know what sexist goof would dare say something as stupid as that. Look, my wife runs her own business. When she comes home, I just do what she says and I go play golf. That's a happy marriage. I'd like to see this idiot show up at my house and tell my wife the way to get along with me is for her to calm down.

SASCHA BURNS: I think it's sort of harmless unless anybody tries it. I wouldn't advise telling your wife to calm down. It's just sort of harmless. There are also announcements about smoking and obesity and that sort of thing. We're all for values and tradition, right?

GARY B. SMITH: I have a confession to make. We just celebrated our 25th wedding anniversary on Thursday, and I told my wife to calm down exactly one time 25 years ago. That was it. We had a rocky three or four years after that. This is not good advice or worth spending our tax dollars on to tout.

JONAS MAX FERRIS: We need the government for this. I'll tell you why. If I was to tell my wife this advice, without this research report, I'd get in a lot of trouble. But if I have the weight of the government, then I am just relaying a message to you from the HHS, that for your own health you need to calm down in this argument and let me win.

GARY KALTBAUM: Look, it's my 28th anniversary this week. I have never had a fight with my wife, so I've never had to worry about this. I will tell you she keeps a golf club next to the bed. If I ever told her to calm down, it would be swiped right around my head.

GARY KALTBAUM: FUEL UP FOR BLACK FRIDAY SHOPPING! (SBUX) SERVES UP A 25 percent PROFIT IN 1 YEAR