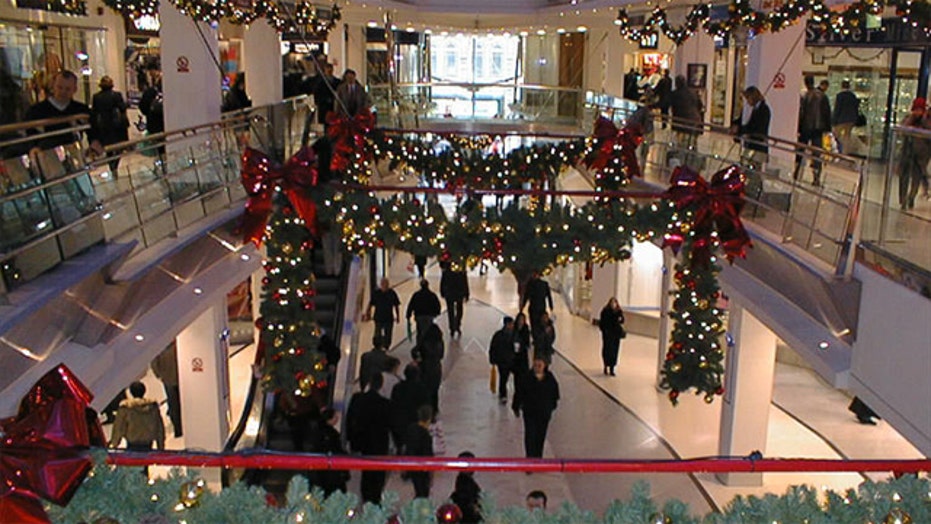 CHARLES PAYNE: Real wages are down. Confidence is down. Maybe only six people signed up, but that would be a sign of massive sticker shop. There's no doubt there's a sort of malaise in this country. I don't think that people realized the last three credit card reports we got on debt, the debt went down three months in a row $14 billion. There's no confidence in this economy. No confidence in the direction of this country. It's reflective.

This could be the final nail in that coffin.

CHARLIE GASPARINO: I don't know how you draw the correlation between this and a slowdown in holiday sales right now.

DAGEN MCDOWELL: You have millions of Americans, who are being dropped, have to buy different insurance at higher prices. Even if they aren't writing the check right now or right before Christmas, they are going to look ahead and say, hey, I have to pull back. I have to adjust. I'm paying "X" amount more every month for my health insurance. I will cut back now.

ADAM LASHINSKY: There are bigger factors at play as to whether or not it will be a good or a bad holiday shopping season. Far and away the most important factor is how the economy is doing.

BEN STEIN: For those who are contemplating paying more for health insurance, obviously they will be more cautious. I think the fact that Obama care has been a fiasco, a disaster of poor planning and incredibly poor executive leadership is even more important. That has much more to do with shopping in the holiday season than the difference in the premiums. People are scared by it.

NANCY PELOSI ON BUDGET TALKS: REVENUE NEEDS TO BE ON THE TABLE

CHARLES PAYNE: This thing, this great utopian country of fairness in the sky, costs a lot of money. If we're going to take a U.S. congressman and subsidize his health care insurance because he's a 33-year-old man, it costs a lot of money. But here's the thing. It's an insatiable appetite. The more you feed the beast, the more the beast wants. That is ultimately killing this country.

CHARLIE GASPARINO: The problem is we do need higher taxes to pay for what we build. I agree that if we're going to keep what we built, we need to raise taxes. But the problem is, every time we raise taxes, it goes to make it bigger. We are not paying down the deficit.

ADAM LASHINSKY: Well, first of all, we're sort of doing a disservice in just showing the revenue as an absolute number. It's only interesting or relevant in comparison with what our expenses are. That's how a business would look at it, that's how the government would look at it, and it has to be on the table. That's what Pelosi said.

BEN STEIN: You might as well say that because tax is $2.7 gazillion. There's no meaning to a number without saying the other side on the balance sheet. We need to raise taxes. You have to raise taxes. We have two big blocs in this country. One wants a lot of entitlement. One wants lower taxes. They have to meet in the middle. There has to be cuts in entitlements, and there has to be higher taxes where you live.

DAGEN MCDOWELL: This is absolutely disgusting. This is apart of the culture at the Department of Homeland Security; they use it as a recruiting tool. It is meant for border agents. These are computer jockeys who are sitting in a room making personal calls just to collect overtime.

CHARLIE GASPARINO: Not to pick on the Homeland Security people, New York City cops have been doing this for years. Padding their overtime to get more money is an old trick.

CHARLES PAYNE: Well, you guys are unpatriotic since you don't want to pay for this.

BEN STEIN: I don't think it's a big new huge deal. This is something that civil servants have always done. People are always trying to get more money for their work. People are greedy animals. They are going to steal where they can. That's how some people are.

ADAM LASHINSKY: People are greedy, and big institutions enable that greediness. It's not shocking that an organization like the U.S. government with millions of people would do the sorts of things that corporations and other organizations do.