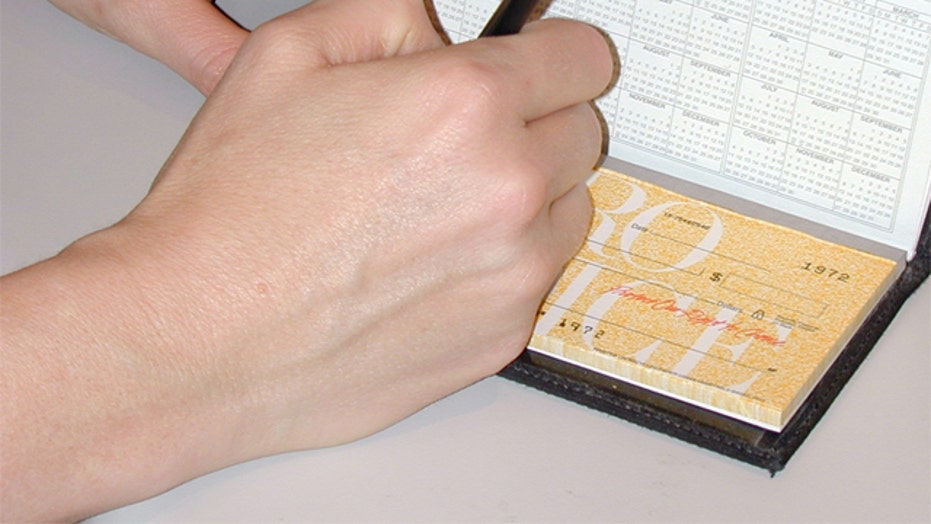 Americans on the hook for White House's fight against global warming?

CBO ON OBAMACARE: MAY CUT FULLTIME WORKFORCE BY 2.5M

STEVE FORBES: Absolutely. The ratio of 2-1, small businesses when they finally bring in the rest of ObamaCare, tens of millions, several million people certainly are going it lose it there. This thing is just beginning. My daughter, for example, got her policy cancelled. The president said you could have it back but the state of New Jersey got word from the health and human services department, regardless what the president says, your policy doesn't qualify. So they have these over-bloated policies, people who like their policies are losing them and it's a burden on the economy.

RICK UNGAR: I don't think so. As a matter of fact, there's a Gallup poll out this week that shows exactly the opposite. It shows a significant drop for uninsured from January of last year to January of this year. That wouldn't be mathematically possible if, in fact, we have more people losing insurance than gaining it.

ELIZABETH MACDONALD: There's a lot of helium in those numbers, more than in the Hindenburg for what Dick Durbin just said. They're cooking the books. These are deep fried numbers. You cannot rely on a poll of a limited group of people, maybe 1,000 people, to extrapolate what's going on in the entire system. The problem is, insurers don't disclose how many have actually been enrolled. Another problem, you can say 3.2 million, whatever, enrolled, how many have actually paid? Maybe just a quarter have paid for their insurance. This is not a seamless transition. We're talking about people being transitioning to more expensive plans or on to Medicaid, and those Medicaid rolls by the way, the CBO says Medicaid roll, expected to go up by 9 million, meaning taxpayer costs go up, too.

RICH KARLGAARD: Well, that's right, David, and the CBOs own estimates say that in order for ObamaCare to work, to make actuarial sense, you have to have 40 percent, not 25 percent. March 31st is the deadline. We need enrollees from 25 percent in the 18 to 34 group to the 40 percent. That's not going to happen. Another flaw makes the numbers cooked. Somewhere between 20 percent and 30 percent of this 3.3 million that the administration is citing have not paid anything yet. So they're technically not insured.

JOHN TAMNY: The numbers bring to mind that famous political statement that government is so big to give you everything you want is also big enough to take it away. Governmental conceit gave us the obnoxious individual mandate. Because of the expense of such a thing, it means many that want insurance will go without it. The good news, Americans are discovering how very cruel is compassionate government.

MIKE OZANIAN: I don't really care. In Cuba, David, everybody signed up for health care, but that's one of the worst health systems in the world. The bottom line for ObamaCare, David, is that it's financed through higher taxes and government rationing, pushing a lot of people in Medicaid, for example. If you go to see a cancer specialist your initial visit for an hour and 15 minutes that doctor gets paid $6.50 an hour. What type of doctors do you think you're going to get to treat cancer when they're going to get paid 1/10 of what a good plumber gets paid?

MIKE OZANIAN: David, this is one of the few promises President Obama made good on. Many plants have been shut down. Jobs have been lost and coal production in the country is also down. Meanwhile, he and his cronies, many of which know nothing about energy and have never had a private sector job, have funneled hundreds of millions of dollars into these newfangled types of energy companies that have gone bankrupt like Nevada Geothermal that collapsed under its own weight because it couldn't make any money.

BILL BALDWIN: Coal is dirty. The people who burned it ought to be paying for the damage it caused to the rest of us. There is zero political support in this country for a carbon tax. The president is resorting to harassment of the coal industry. I don't like harassment. It's inefficient. I'd rather have a tax. If you're burning coal when you turn on your AC, you should be paying more.

STEVE FORBES: It shouldn't be a bureaucrat deciding what energy you use. Let the free markets work. Free markets are free people. This is an example of the president's 1 percent. In this case, elites imposing 1 percent of energy of things like ethanol, things like solar power, and wind power, stuff that couldn't do it on its own. They're forcing that source of a 1 percent of our energy, forcing that on the rest of us at the cost of billions of dollars. Coal is getting cleaner. Coal is cheap. Let the markets work. It's freedom.

RICK UNGAR: Let's set a few facts straight in this. No. 1, the EPA regulation that's been proposed has nothing to do with existing coal plants. IT would be on new construction of coal plants. So, the existing coal plants will not be raising your price of energy. No. 2, energy is delivered on long-term contracts. Even if it did skyrocket, then it would not reach you at the home level. No. 3, all of those coal companies that have shut down, you know why? It was free market. They've already been making the transfer to, what? Natural gas. Not some Obama-sponsored hoo-ha.

RICH KARLGAARD: I can support the administration's war on coal if they were more pro-entrepreneurial and let the shale oil and the shale gas people and the next generation nuclear people proceed at a much faster rate. New York had a big horse manure pollution problem 120 years ago, and it wasn't the EPA that stopped it. There was no EPA. It was Henry Ford and automobiles. So you know, we've got to look at this. We've got to encourage entrepreneurship in the pro-energy sectors.

SABRINA SCHAEFFER: Right. Coal makes up about 40 percent of the electricity generated in the United States, and this is another example of a regulation that the president is pushing with little consideration for the consequences of it. The fact, this would have massive impacts not just on our personal heating bills but on factories, transportation, hospitals, all sorts of industries that depend on affordable energy. Once again, the administration is pushing out there, picking winners and losers in the energy issue with no consideration for how it will impact Americans.

SURVEY: DC IS ONLY PLACE IN U.S. WITH 'POSITIVE' CONFIDENCE

RICH KARLGAARD: There's another reason we should contemplate here. It's not just the question of people in government getting paid well or people who work with the government. The percentage of people with college degrees is highest in Washington, as compared to any other city in the country. Maybe just maybe the morals of the story is, if you get a college degree, you make more money, your city makes more money.

JOHN TAMNY: I always thank everyone for building me this beautiful city, but that's the point. Federal stimulus has a Washington, D.C. address. I wish every voter would visit here so they could see how well we're living off of the rest of the country. Government has no resources so when government towns thrive, that means they're taking it from the rest of you.

SABRINA SCHAEFFER: Critical, of course. You know, what I think Washington represents is the critical problem of a progressive state today. Right? So we have a state in the business of rewarding some and taking away from others. There's a lot of people who want their interests protected. You have all sorts of people on industry of communication firms and lobbying firms and contractors and lawyers, all who are there to help represent different industries. That means a lot of money.

ELIZABETH MACDONALD: Listen, Silicon Valley has less per capita income and I would say more college degrees than D.C. In other words, D.C. has a higher per capita income than Silicon Valley. So we talk, in the metro area of D.C., it is like living high on the hog, and I'll tell you something, when you have a permanent state of emergency in D.C., that creates incentive.

BILL BALDWIN: Louis XIV had Versailles and today we have Dodd-Frank, $100 million of lobbying expenses. It's the same thing.