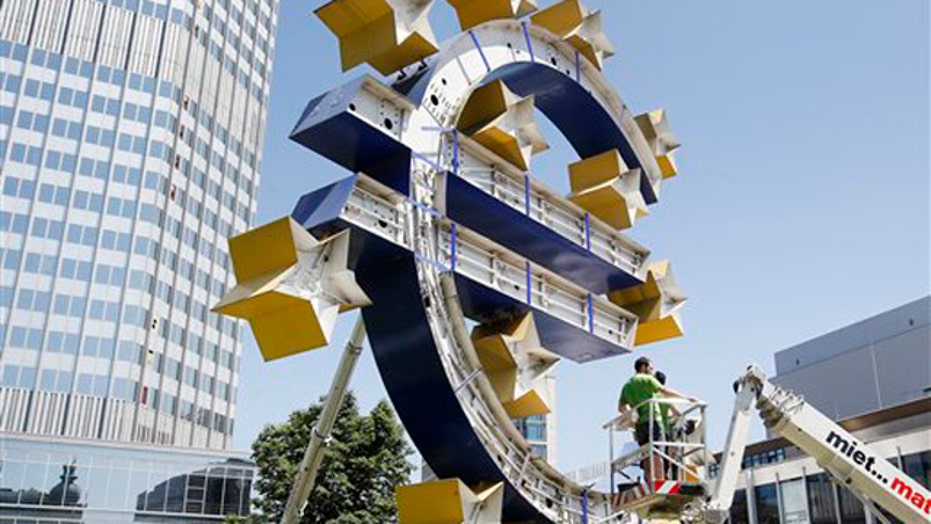 Will Greece leave the eurozone?

This is a rush transcript from "Special Report," July 6, 2015. This copy may not be in its final form and may be updated.

ANGELA MERKEL, GERMAN CHANCELLOR: Europe can only hold together and stand together, which is very important in times of migration challenges, terrorism challenges, if each country takes responsibility for itself.

JOSH EARNEST, WHITE HOUSE PRESS SECRETARY: We are going to encourage all of the parties to pursue a solution that we believe is in their collective interest.

BRET BAIER, ANCHOR: So, what is next with Greece now voting no? They are having a meeting tomorrow with the creditors. Where do we go from here? The markets today not too bad here in the U.S. They did not take a big hit. They're down a little bit, not too much. It was feared to be a lot worse.
Charles?

MARA LIASSON, NATIONAL PUBLIC RADIO: Yes. I think that what the Greeks voted for was not necessarily to get out of the European Union. They voted against austerity. What does that mean? Without banks you can't have a functioning economy. And we are going to see in real time something quite horrible, I think, which is exactly what Charles described. Right now you can only get 60 euros a week out of your ATM machine if you are lucky enough to get there in time. And that's going to go down.

So I think this is not going to cause a ripple effect. Greece should never have been allowed into the Eurozone in the first place. It didn't have a functioning economy with a real tax system. And I think that it's not going to spread. The stock market seemed to have shrugged it off more or less.

GEORGE WILL, SYNDICATED COLUMNIST: The Greek economy is the size of Louisiana. No disrespect to Louisiana, but it could not disrupt the world economy. It's two percent of the Eurozone. It's nothing. And the markets have long since discounted the fact that the creditors are not going to get their money back.
Everyone knows this.

Greece, however, is an interesting phenomenon. It's a defiant beggar, a defiant and vituperative beggar. It says to the creditors, you are neo- fascists, you're waterboarding us. You are incredibly cruel, and give us more money with no strings attached to it. I don't think that's selling well.

BAIER: But is it going to work?

WILL: No, I don't believe so, because, again, there is a party in Spain Charles referred to, parties in Italy saying, if they bend we can get out from under our debts in a hurry also.

KRAUTHAMMER: What happened is the government called the bluff of the Germans and the rest of the Europeans, and the Germans said fine, you want to call the bluff, no more money. In the end, the Greeks are going to have to acquiesce. I don't know if it's going to help them to get out of the current crisis. This will last for years.

I think they probably stay in the Eurozone, but they are going to have to swallow a lot. And the idea that they were out there dancing in the streets last night, that's going to be a very short-lived demonstration.

BAIER: Another negotiation. Does it happen or not? Iran?

BAIER: Does the U.S. sign a deal with Iran?

KRAUTHAMMER: It will be a deal that they were continue -- it will be signed but it's not going to be a final one.

WILL: Yes. The negotiation will continue until they get their weapon.