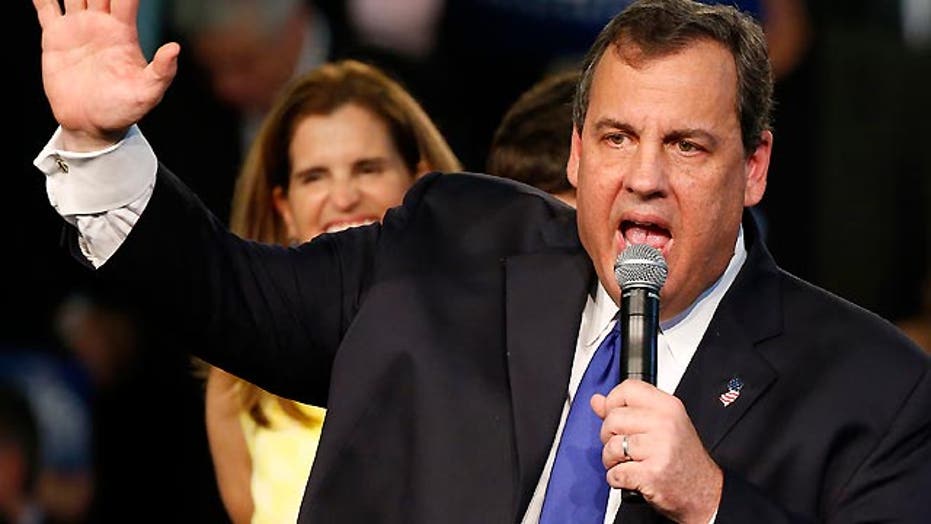 This is a rush transcript from "Special Report," June 30, 2015. This copy may not be in its final form and may be updated.

GOV. CHRIS CHRISTIE, R-N.J.: As a candidate for president, I want to promise you just a few things. First, a campaign without spin or without pandering or focus group tested answers. You're going to get what I think whether you like it or not or whether it makings you cringe every once in a while or not. When I stand up on a stage like this in front of all of you, there is one thing you will know for sure -- I mean what I say and I say what I mean, and that's what America needs right now.

BRET BAIER, ANCHOR: Chris Christie announcing his run for the presidency, the nomination in the GOP today. He is facing uphill battle according to the poll toes. The latest FOX News poll has him well back in the pack, as you can see there, a big fall from where he was a year, two years ago.

And then in New Jersey, the polling doesn't look any better. In fact, it looks worse. It's his lowest approval rating since being in office at 30 percent. Obviously a number of factors there. What about Chris Christie's chances and what he has to do? We're back with the panel. Julie?

JULIE PACE, ASSOCIATED PRESS: So I think what's interesting about Chris Christie is we know what the strengths are. He has been elected as governor of a Democratic- leaning state. He does have this reputation for being blunt, a straight- talker. He was trying to play off that on his announcement today.

What I was struck by, though, is I didn't come away from his announcement with a sense of what his vision for the country is. Telling people that you are going to tell it is is not a vision for the country. It's a practice. A way you would implement your policies. And I think the challenge that he's going to have is you do have some figures in the Republican Party right now, I think Jeb Bush and Marco Rubio in particular, who are talking in optimistic way, presenting a hopeful, optimistic vision for this country. And I wonder if he is going to be able to tie down a vision. That's important to voters.

BAIER: A lot of people weigh in on Facebook, on Twitter. Clifton Care writes in, "Yes, I think he can build momentum by doing groundwork and getting lots of TV time." Robert Martin, "I honestly do not believe Christie has a shot. He has little to run on. He isn't even that popular in his own state," as we pointed out. Val says "No, when he hugged Obama that was it for me."

STEVE HAYES, THE WEEKLY STANDARD: Surprising how many people when you talk to conservative activists around the country bring up that embrace of Obama as sort of a deal-closer.

HAYES: After Hurricane Sandy and the closing days of the 2012 presidential election. I thought the speech was a good speech. You saw, I think, in it the strengths of Chris Christie. He is able to speak extemporaneously. He can make a case.

I agree with Julie on the substantive problem and I would add one thing. He is saying he is going to tell us the hard truth. He is going to be the candidate who tells us what we need to here particularly on entitlements. But if you look what Chris Christie did in New Jersey, he accepted the expansion of Medicaid under Obamacare, and he did that having said earlier in his speech at the American Enterprise Institute that if we don't reform these Medicaid entitlements it will ruin the country. I think you can on the fact that his opponents will make him reconcile these two things.

CHARLES KRAUTHAMMER, SYNDICATED COLUMNIST: And right now on those numbers he is number 10, so he has made the cut.

Look, he is all personality. That's what he is selling. That's who he is. It's not the policy. It's not the successes. Being the governor of New Jersey is very hard to do when you are a Republican in a Democratic dominated state. He has got some stuff done, but obviously his numbers are underwater in his own home state. This is the force of personality.

You know, with some candidates, perhaps all politicians, there is always a moment. And I think -- I mean, who knows, he could jump out of the pack, win the nomination, but I think it's extremely improbable. But his moment was four years ago when he was fresh, brash, there was just something about him. He was, you know, the candidate everybody wanted, the anti-Mitt Romney, and he decided he wanted to wait. And now the buzz is gone, that excitement is gone. And we have seen a few of the raw moments of that personality. I mean, his only hope is to run on entitlements, to run as the guy who speaks the truth. It's a long shot. His political space ideological has been taken by Jeb Bush.

BAIER: So it's a hard lane that is he running in. And he is a long shot, but it's hard not to like the guy.

BAIER: Let me just mention this about the Jeb Bush release today, which is also interesting, 33 years of personal tax returns, effective tax rate over the time 36 percent. Highest taxable income $7.3 million in 2013 paid $2.9 million, 40 percent taxes. Julie, the sense that you putting this out, it's not Mitt Romney, you are not holding anything back, and you are challenging probably Hillary Clinton in one sense to do the same.

PACE: Absolutely. It really sets a standard for presidential candidates not just in this election but going forward. His team remembers how this dogged Mitt Romney through the entire primary. They wanted to get ahead of this. I think it's also smart because frankly most Americans are not paying attention to this campaign at a granular level right now. So if there is something they wanted to get out this is a good time to do it. Clinton has released tax returns at various points in her political career, but she will now certainly have to move forward and release what hasn't been out there.