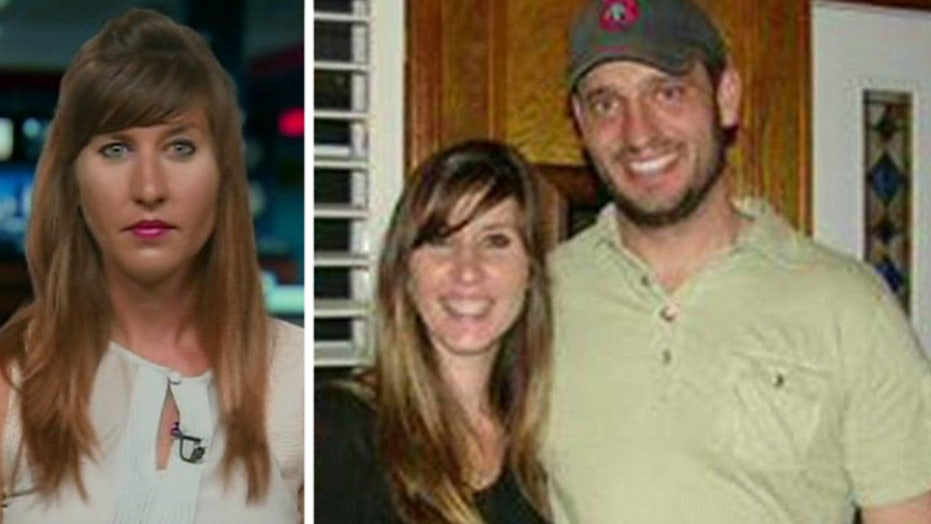 Widow of soldier who died in Bergdahl search shares story

This is a rush transcript from "Hannity," June 4, 2014. This copy may not be in its final form and may be updated.

SEAN HANNITY, HOST: And welcome back to "Hannity." Now, we are learning more and more about the six soldiers who lost their lives and many others who were injured trying to save Sergeant Bowe Bergdahl after he deserted his base back in June of 2009. My next guest is the widow of one of those soldiers, Lieutenant Darryn Andrews, and she joins us now with her story. Julie Andrews is with us. Julie, thank you for being here. I'm very sorry.

HANNITY: You -- at the time when you lost your husband, you had a 2- year-old boy, and I believe you were what, six months pregnant at the time that he lost his -- that he was killed?

ANDREWS: Yes. That's right. My son was about to turn 2, and I was six months pregnant.

ANDREWS: With my daughter.

HANNITY: So three months after your husband died, you had a -- you had your daughter. And he will never see -- he'll never get to see his daughter.

Let me ask you -- we just had on the platoon leaders. They say that Bergdahl abandoned his post and deserted his platoon. And your husband was one of six people that went out looking for him in a very dangerous area.  He gave up his life trying to serve (sic) him. And they are calling him a deserter, and they both said that they heard radio transmissions of him seeking out the enemy, the Taliban. How do you react to that?

ANDREWS: Well, at first, when I heard all this news, I was very angry and -- but you know, that was Darryn's job, and I know that he believed that he would need to go -- they would need to go find him. So...

HANNITY: Even though he had deserted his platoon and was seeking out the enemy that was seeking to kill each and every one of them. I mean, it's...

HANNITY: It's really outrageous to me.

ANDREWS: Yes, that -- I mean, I agree. I do feel like he would have had some bitterness about it, or -- or you know -- but I know that he would know that's his job and that's what he just had to do. So...

HANNITY: You know, I spoke to the platoon medic earlier today, and he told me about the severity of the injuries. He knew your husband.

HANNITY: I asked him specifically if he knew your husband. He did know your husband. He saw your husband and the other five that died. So here we have a deserter, and maybe worse, and the government trades for five of the most brutal, vicious Islamic radical terrorists that we were fighting. How did you react when you heard that part of the story?

ANDREWS: You know, I feel like it is a huge injustice to those men who fought and risked their lives to put some of these terrorists in jail and to capture them. So, you know, I don't know any other way it could have been done, but I definitely don't agree with the decision to do that.

HANNITY: Let me ask you one last question, and we really appreciate you being on the program. I understand the military, when you learned about what happened to your husband, how does the military treat you and your husband's parents and everybody else? Are you happy with how they have been treating you?

ANDREWS: Yes, for the most part, up until this incident. You know, I don't expect to know a lot of details about my husband's missions or things of that nature because, you know, as a military spouse you don't know things like that. But I do feel like it was pretty hurtful to me to find out about this, or about Darryn's involvement in this search for Bergdahl and about his death being linked to that. It was hurtful for me to find out about that via the media. I feel like someone should have told us sooner, you know, before it was released to the media.

HANNITY: I spoke with Colonial North on the program last night and I told him about your two kids, and he's going to reach out to you. They have the Freedom Alliance Scholarship Funds for the children of heroes that have given up their life for their country including your husband. Julie, God bless you and god bless the kids.

HANNITY: Thank you so much for being with us and telling us your story. Appreciate it.

ANDREWS: All right, thank you.