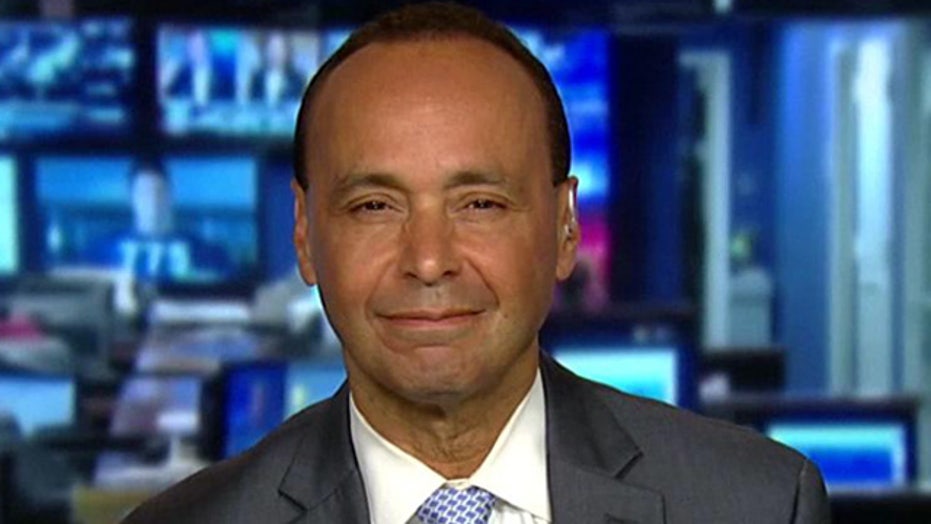 Why is big business still exempt from ObamaCare?

Rep. Luis Gutierrez says the president is being 'considerate'

This is a rush transcript from "Hannity," October 1, 2013. This copy may not be in its final form and may be updated.

SEAN HANNITY, HOST: We just heard from Senator Rand Paul about where Republicans stand on the Obama-Reid government shutdown. Now, we want to get reaction from the other side of the aisle.

Joining me now live from our nation's capital, Congressman Luis Gutierrez is back with us. How are you sir? Good to see you.

HANNITY: All right. So, the Republicans force separate offers to fund, delay -- I want to talk to you about the final offer that they made. And that was to get rid of the subsidies, the exemption, the special treatment you guys in Congress are getting. And also if big business gets an exemption, that would also apply to the individuals.

HANNITY: Tell me why you would be against that. Is that fair?

GUTIERREZ: Well, here is what I think, I think we should just have a clean continuing resolution. It is what it is, Sean. It allows us to fund the government and so we can have a budget to fund our government on a permanent long-term basis. It is what it is. I don't think that members of Congress are receiving any. Listen, I've been 21 years in the Congress of the United States. I pay my $485 like any other federal employee.

HANNITY: Congressman you know better than that. That's not true.

GUTIERREZ: .that received the kind of health care that I receive.

GUTIERREZ: I pay like any other person. I don't get it for free.

HANNITY: Congressman, you are getting 72 percent subsidy that the rest of Americans are not getting. That is 72 percent, wait, wait, wait, that is a special gift perk you gave yourself. Republicans are saying take it away, and they're also saying, if big business gets an exemption for year, give it to individuals --

GUTIERREZ: Here's what I have to say. Look, I didn't like when they brought the Affordable Care Act because I didn't think it went far enough, I almost voted against it because of that.

HANNITY: Did I ask you that?

HANNITY: Congressman, CNN has a poll.

HANNITY: Let me educate you.

GUTIERREZ: Four thousand people went to the website, they need health care, I'm going to fight so they can have health care.

HANNITY: Congressman, two to one --

GUTIERREZ: That is why I went to Congress.

HANNITY: Two to one, CNN, their poll shows that Americans think that ObamaCare will hurt their families. Now, I want to go back to my original question. You get a special subsidy as a congressman, and all your fellow congressmen and senators, you get that. Also big business gets a special exemption, the Republicans in their final offer said, get rid of the special exemptions, why wouldn't you support that? Why do you think you're above the American people?

GUTIERREZ: No, I think we should be treated equal to everyone else and I want to make sure that everybody else in my Congressional district has the same access to quality health care that their member of Congress has --

HANNITY: Congressman, you're just ducking and dodging, you're getting 72 percent subsidy.

GUTIERREZ: And let me just say --

HANNITY: You're getting 72 percent subsidy.

GUTIERREZ: Sean, Sean, I have the same ability to join the health care system that anybody on my staff, that any one at the capital --

HANNITY: Congressman, that is not true.

GUTIERREZ: Sean, that anyone on that the Capitol Hill police officers have, that a TSA agent has, that any other federal employee. I enjoy the same system that they do. And I want that opportunity for everybody in my Congressional district, Sean.

HANNITY: You never read the bill, did you. Did you read those 7,000 pages?

GUTIERREZ: Sean, I signed up. I filled out the paper.

HANNITY: No, you don't. Seventy two percent of it is paid. Why do I have to educate a lawmaker on your law that you passed?

GUTIERREZ: Sean, I am so sorry that you are so misinformed. I get what other -- other federal employee get.

HANNITY: Let's get a shot of our studio audience -- how many agree that that is true? That they get a 72 percent subsidy? Joe Trippi, put that hand up, you know that it is true.

All right. So let me ask you this. Why does big business get a year exemption and not individuals? Is that fair, Congressman?

GUTIERREZ: Well, you know, I think it is important when we see that there are developments that the federal government and that Obama will be able to do that --

HANNITY: Can you not answer a question? I asked you a question, I'll say it slowly so you understand. Why does big business get a one-year exemption, and not individuals?

GUTIERREZ: Sean, there are nearly 50 million Americans who I want to have a better quality of life. And I want them to have the same access to healthcare that I, my wife and my family have as a member of Congress.

Can you answer the question? Why does big business get a one-year exemption?

GUTIERREZ: Look, Sean, I believe in same-sex marriage and I think it should apply to them. I believe we should have handgun control and AK-47 -- but I don't put those things into a continuing resolution and say I'm going to shutdown the government because I don't get those things -- one thing has nothing to do with the other.

Now, I will ask you the question again, people at home want an answer to this. Why does big business get a one year exemption and why shouldn't in fairness it be given to the individual?

GUTIERREZ: Here is what I think, I think Obama is very considerate and looking at business and making sure that they are able to get into. Now, in terms of the individuals today, 70,000 people went on the web site in Illinois, 4,000 signed up. I want them to continue to sign up. I have tens of thousands --

HANNITY: So big business -- just so I'm clear, because so Obama is considerate, that is what you are saying.

I wish everybody could go to the same. I cannot respond for everything that President Obama. You know are as well as I, that I have been very critical of this administration and have stood up to it time and time again. You're going to have to have an official of the administration explain to you why they do things that they do on particular matters.

HANNITY: Hell will freeze over. But thank you, appreciate it.