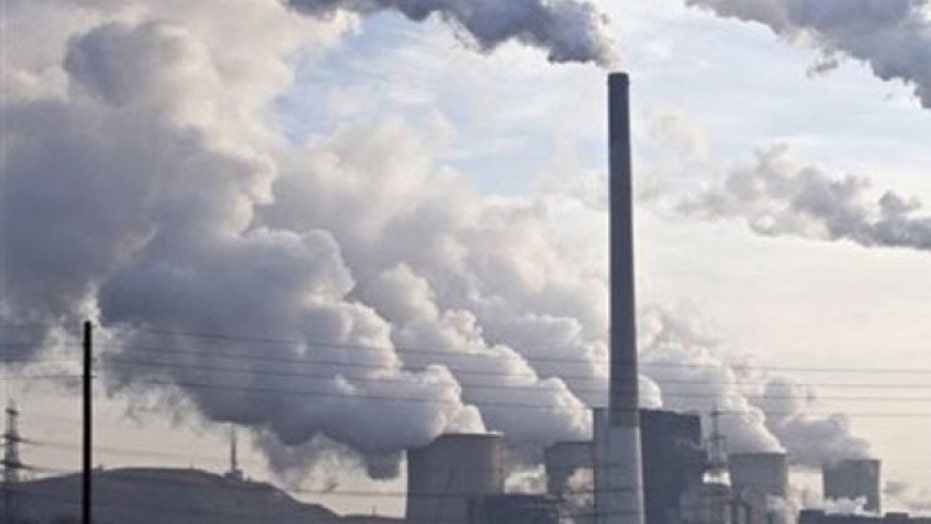 JONATHAN HOENIG: It's disingenuous; it's deceptive, for the President to boast about successes, and job production and natural gas. That's only possible because of the fracking technology that he and the other greens oppose. In every opportunity the President demonizes fossil fuels, which are productive, and subsidizes green energy with taxpayer dollars. In my opinion, he's a power luster. It's not his role to choose what energy people use in a free country, in a free economy. And, in fact, when left free most choose fossil fuels because, unlike green energy, they produce, they're efficient and they work.

MICHELLE FIELDS: All of the successes that he mentions have nothing to do with him. That has all been done on state and private land, not federal land. What he is proposing are things that are going to continue to make the economy worse in this country. This whole climate change push has nothing to do with the interests of the American people, has everything to do with democratic money. Tom Steyer right now is the big democratic donor who's pledged to give $100M for democrats in the midterm elections. His big issue is killing the Keystone Pipeline and climate change. So what the President is doing right now is trying to please Tom Steyer at the expense of the American people.

JULIE ROGINSKY: I guess you missed the last two years when he was talking about an "all of the above" energy strategy, which included fossil fuels, which included solar energy, wind, and oil and fracking.

WAYNE ROGERS: Trying to get elected, that's what they're trying to do. Trying to popularize something, that's what all politicians do. The facts of the matter are totally different. In 2007 all of the scientists who predicted that the arctic would be ice-free by 2013-in fact, the arctic added 533K square miles of polar ice cap in the last year. So they are wrong on many of these things. Whether the scientists are right or wrong is immaterial. The Pipeline is going to get done. That oil from those oil sands are either going to China or us.

MICHELLE FIELDS: Welfare right now pays more than a full-time minimum wage job in 35 states. If you live in New York and you're on Welfare, you can get a benefits package worth $38K-it's out of control! We need to cut these programs, a lot of these programs, otherwise we're going to have a country that's basically sitting on the couch, eating Cheetos and Bonbons and collecting their Welfare check.

JONATHAN HOENIG: We've told people, in effect, to stay home. We've told young people that low-paying jobs, entry-level jobs are beneath them; that they have a right to healthcare, to an education at someone else's expense. I think that another element here is that the youth labor participation rate, the youth participation rate has dropped as the minimum wage has increased. It's been dropping since 2006. We had minimum wage increases in 2007, 2008, and 2009. And of course, as regulations and costs go up, employers are less likely to higher those low-skill, often younger workers.

JULIE ROGINSKY: It's not because people want to sit on their couch and eat Bonbons or get stoned and watch Nickelodeon. It's the fact that people in their 50s and 60s are scared to retire because they don't have retirement security thanks to this economy. It's because people no longer understand that you're able to get a job because there are about 2 and a half jobs for every one vacancy. The labor market stinks; I'm not going to disagree with you on that.

WAYNE ROGERS: Why 25 to 29? What does that makes sense out of. By the way, there's no statistic the you can say 24 to 25 or 208 to 29, as you said 30 or beyond.-the statistic doesn't tell us anything. What I think it reflects, really, is the lack of education that we have a highly technical society today, as opposed to one that was fifty years ago agrarian, almost. You have to hand an educated labor force. Our schools are doing a terrible job, and so are the parents of the people that go to those schools, and as a consequence we're graduating people who cannot get jobs because they don't have the background.

NEW PUSH FOR A "MILEAGE TAX" ON DRIVERS FUELING DEBATE

WAYNE ROGERS: What's dumb about this really is that we already have a gasoline tax. A gasoline tax is based on if you're using enough gas, how many miles you travel. It's already a tax on miles. That's what's so stupid about this; in addition to which, you want to kill a lot of jobs, you think that an average truck that travels 250, 200K miles a year and you put a tax on that, and you're trying to move goods across the country, you're going to jack up the cost of living a good

JONATHAN HOENIG: We should privatize. Let the investors fund it who want to fund it, and let the users of the asset who actually use it pay for it. I think this isn't just a bad idea, as Wayne said, it's a chilling idea. Here's the notion that in a free country they're going to tax you on movement. I just think it's not only a bad idea, it's really chilling, and it shows more governmental force, control over our lives.

MICHELLE FIELDS: I completely agree with Jonathan. I'm all for privatizing the roads. How much money does the government want? Like you said, we already give the federal government $37B, and we give the states $41B in fuel taxes. How much more do they want? They say that they don't have any money. Well if you don't have money, you don't go steal it from the American taxpayer. What you do is you start cutting programs. How about cutting a lot of the non-essential employees? How about that?