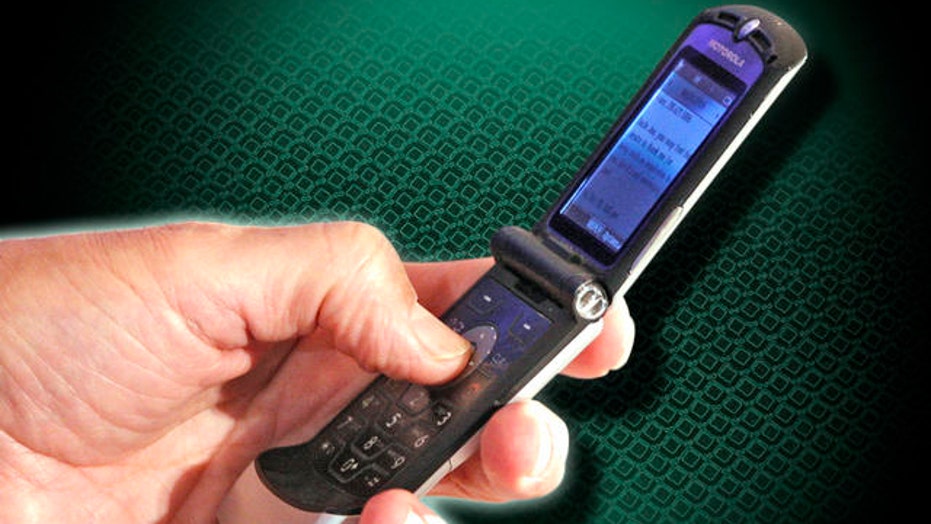 JOHN LAYFIELD: They absolutely should be heeding the retailer's warnings, and they have plenty of time right now, since they're all on vacation, to look at the news. The best presidents, have lowered taxes the spur the economy and get it going. Walmart has said that they are hurt by lower income sales. The payroll tax was put back in place and it is hurting lower income Americans. The higher and upper middle classes aren't affected at all. High gas prices, the lowest labor force participation rate since the 1980's, and a stagnant economy hurt consumers significantly.

TRACY BYRNES: It's simple, when you tax people more; there is less money in their paycheck. That is the bottom line. That means there is less disposable income for people to go out to Nordstrom's and buy a pair of shoes. Instead, what people have, has to go to pay their bills. That is not spurring the economy at all. Taxes hurt, that's the bottom line. The government is going to continue to keep raising them, which means the economy is not going to get better.

STEVE MURPHY: That is completely illogical. Our greatest economic prosperity occurred in the '90's when we had exactly the same tax structure as we have now. The problem is people don't have money because there aren't wage increases, over half the population is living paycheck to paycheck. The idiocy that is coming out of Washington about default, downgrading, and government shutdown doesn't help the economy at all.

GARY B. SMITH: Taxes always hurt the economy. When you raise taxes, you're taking money from an efficient source of spending (the consumer or the market) and you're giving it to an inefficient source of spending (the government). The statistic everyone should know is that since the recession started, median household income is down almost 10 percent, and even with all the stimulus that percentage has not budged at all. Unemployment has come down, but median household income has flat lined at a historically low level. Government needs to get out of the way and let the people keep more of their money.

JONAS MAX FERRIS: No one likes taxes, but at the end of the day this particular tax goes from your paycheck to people in Florida so they can go to Nordstrom's and all the other stores. If we were going to keep it artificially low and not have that raised, we would have to cut the social security paycheck. I guarantee if you asked the CEO's of every single one of those companies to choose between having a permanently low tax and less money going to social security paychecks every month they would say no, because those are also shoppers.

GARY B. SMITH: Unions are basically monopolies. A monopoly exists to charge higher wages than the market will bear and to provide fewer jobs. I don't blame the unions, that's their role. By attacking these governors they are attacking competition, but it is competition in the form of workers. The less workers in those states, the more the unions can control and extract higher wages and more secure jobs for their employees. That is why everyone in the country should fear unions growing.

STEVE MURPHY: It's the union's workers that are being laid off. The big economic question we have here is: are we going to invest in education? All of these governors have cut teachers; all of them have cut funding for education, what is the long term economic impact of us having a less educated workforce? It is devastating for us.

JOHN LAYFIELD: Gary B is right, this is about competition. Unions have gone from 30 percent of public employees down to around 7 percent. The days of the Carnegie steel mills are long over. Unions have lost their relevancy. Look at who these unions are supporting, if you are a member of a union; know that your dues are going to sway some political race somewhere in the country.

TRACY BYRNES: Unions are simply looking for membership. The unions could care less about education, they want their membership higher and that is the bottom line. They're targeting right-to-work states because they don't favor unions. When unions are involved, the products they're providing become higher, and that means that you and I are going to pay for it.

JONAS MAX FERRIS: I think these governors are doing a good job of making their states business friendly and encouraging businesses to move to their states. The problem that they are making and I don't think they realize it yet, is that they aren't making the states employee friendly. That is half the equation. Businesses will move to these states because the taxes are low, but the high quality workers are going to move to places like California because the quality of life is better. States have to deliver a certain quality of life to a worker to make them want to live there.

TRACY BYRNES: This is ridiculous. They don't need anymore of our money. If my school needs high speed internet, they can ask me, and I will give what I choose. We should all know by now that when we pay taxes to this government we don't know where the money is going and it isn't spent wisely. I don't want to give another dime.

JONAS MAX FERRIS: I'm disturbed that at how much these schools cost per student they don't already have high speed internet. These schools need to generate the next Steve Jobs, not the next athlete hero. They need the internet and they need to teach computer science. To pay for it they're going to need more property tax and more income tax. We've taxed the wealthy enough. How about something regressive? Tax cell phones and everyone will pay for it.

JOHN LAYFIELD: I work with at risk kids; I understand how important high speed internet is for kids in schools, but taxing cell phones? It's ridiculous! Why don't you just tax swimming pools? You have to live within your budget at some point.

STEVE MURPHY: The federal government should make investments in our schools, but I am against using a regressive tax to do so. We've already had a big regressive tax increase with the payroll tax being restored to its previous level.

GARY B. SMITH: In this administration the emperor rules everything. We get taxed whether we like it or not. The government should be out of the education business. They haven't had a successful education program in the last 100 years. Head Start is totally ineffective. We've doubled how much we spend per student, and yet scores still haven't risen. This is another goofy idea. It won't work and it's not in the Constitution.