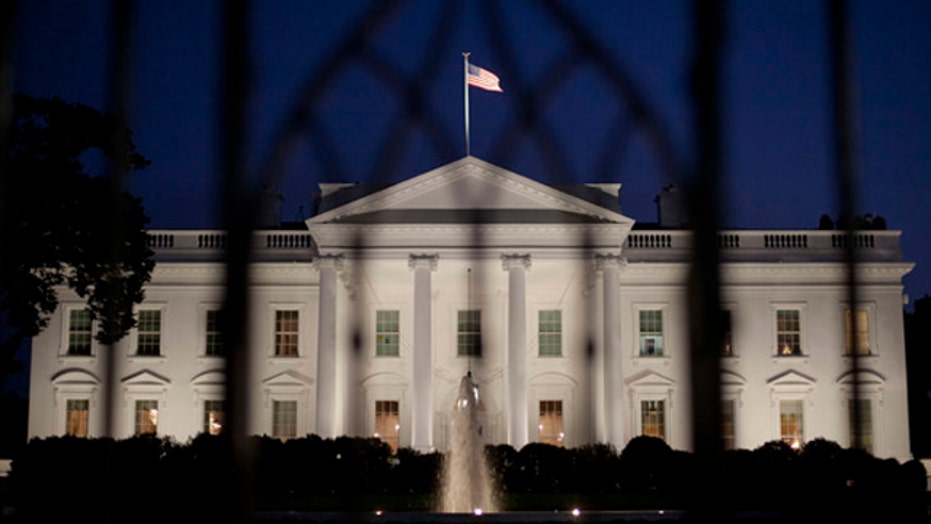 MICHELLE FIELDS: This administration's priorities are so messed up. They will not meet with our biggest ally at a time when terrorists are trying to kill us. We are at war with terrorists; they just killed innocent people in Paris, yet they will meet with the Muslim Brotherhood, sympathizers of the Muslim brotherhood, when the Muslim Brotherhood wants to kill us. Their own slogan is "Jihad is our way" and "death for the sake of Allah is our highest aspiration". We should not be negotiating or talking to these people. We should be destroying them.

JUAN WILLIAMS: I mean, clearly they are our biggest ally and we're their biggest supporter, militarily, economically and otherwise, but, yes, there are splits. I think it's important here to know and, you know, I just can't say enough about what Wayne just said. I think Wayne is on to something here. It's important for us to know what's going on. It was not an official delegation from the Muslim Brotherhood. And guess who met with them, Eric. It was people from the State Department interested in democracy and human rights. That's an important message to deliver to the Brotherhood.

JONATHAN HOENIG: To meet them is to sanction them. I mean, Obama's Middle East policy has been disgraceful. He's bowed to eight foreign leaders including Saudi King Abdullah. The Middle East is this tribal cesspool of Islamic hatred for the U.S. Obama talks about Israel being our greatest ally, but I don't think he knows why it's our greatest ally, and he sure doesn't act like it.

JONATHAN HOENIG: This is the height of crap irresponsibility. I mean, to your point you have free will, you decide what you put in your body. I happen to think that there's no obesity epidemic. I think there's a success epidemic because companies like Walmart have made quality food so cheap and accessible that our problem is overeating, not starving to death. I'd rather be a few pounds heavier than starving to be starving to death like countries that don't have capitalists like Walmart.

WAYNE ROGERS: I think Jonathan is exactly right. I mean, look, here we are talking about the proliferation of food stamps is made in America, we're trying to feed the poor, and somebody turns around and blames Walmart for it. Give me a break. It's an individual responsibility. You are responsible for what you eat, what you put in your body, how you do that. If Walmart was selling poison would you say, gee, it's their fault because I went out and bought it when it's clearly labeled poison. It's nuts. To put the blame on Walmart is the dumbest thing I've ever heard in my life.

JUAN WILLIAMS: And I think this is one of the excesses. This reveals exactly how thin their argument is, because clearly it is not Walmart's fault if you go out and buy bad food. I will say when you go into these super markets today they are all engineered to sell you not quality food, Jonathan, but fatty, cheap, processed food the minute you walk in, and certainly when you're leaving. When you're at the checkout counter they've got every candy for your kid to grab on.

MICHELLE FIELDS: I think we should be celebrating Walmart. It has reduced the cost of living for Americans and has hired thousands of people that were unemployed.

STUDENT THROWS TEACHER TO THE GROUND FOR TAKING HIS PHONE AWAY

WAYNE ROGERS: Well, I think, Eric, we've had a total change in the culture where parents are no longer held responsible for the acts of their children. In other words, the children who go to school today think they can do things and that the teacher-- the parents have imposed on the teachers this responsibility. It's not the teachers' problem to have behavior modification in the students. They're there to teach. The students have gone berserk because they don't have a home life or culture that teaches them to be responsible and take individual responsibility for their actions.

JUAN WILLIAMS: Yeah, get our families back together [to fix this]. I mean, you know, put some emphasis, especially Hollywood and the rap people and all the music folks, I don't mean to come off as some old school, but gee whiz a lot of this comes from family breakdown, people not making commitments to each other and then to the children and giving children a clear set of goals or standards from which to behave. Look, you can't attack somebody because they take your phone. If you, Eric, and you are a big tough guy, took my phone I would say "here is my phone". I'm not fighting over a phone and certainly not a teacher.

JONATHAN HOENIG: You are making a very important point because the school violence is shocking. It tends to happen at public schools. Teachers and kids are twice as likely to be victims of crimes in public schools versus private schools. If you actually want to help the kids maybe start privatizing the schools instead of pouring more money into what's been a losing endeavor.

MICHELLE FIELDS: I think the problem is this is obviously a kid whose parents obviously never said "no" to him. I agree with Juan for once. This is the family breakdown. These are parents who are not disciplining their children and they look at school as sort of just a day care that they drop them off and get rid of them, and don't care about disciplining them or putting morals and values into these children. I think that this kid ought to be expelled and put in jail for a little bit so he learns his lesson.