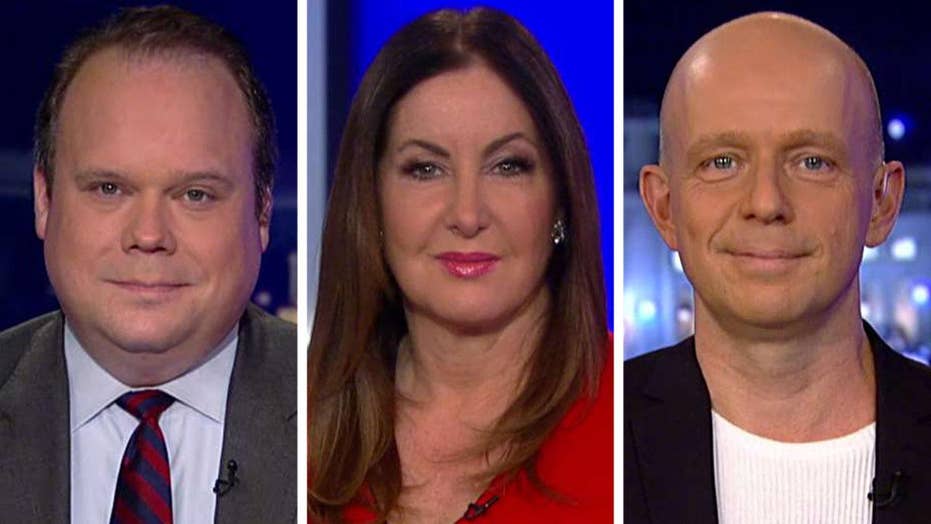 This is a rush transcript from "Special Report with Bret Baier," February 25, 2019. This copy may not be in its final form and may be updated.

PRESIDENT DONALD TRUMP: I think we can have a very good summit. I think we'll have a very tremendous summit. We want denuclearization. And I think he'll have a country that will set a lot of records for speed in terms of an economy.

SECRETARY OF STATE MIKE POMPEO: President Trump has also said this is going to take time. There may have to be another summit. We not get everything done this week. We hope we'll make a substantial step along the way.

CHRIS WALLACE, ANCHOR: President Trump and his Secretary of State Mike Pompeo both sounding optimistic notes in the runup to the summit with North Korea's Kim Jong-un starting Wednesday in Vietnam.

Let's bring in our panel: Chris Stirewalt, politics editor here at FOX News; Democratic strategist Leslie Marshall, and Steve Hilton, host of "The Next Revolution" here on FOX News Channel. While President Trump heads to Hanoi, saying now he's in no rush, his quote, for North Korea to denuclearize. He'll be happier if they just continue to halt to any new missile tests or nuclear tests. Steve, is that enough for this summit? Can the U.S. live for a while with North Korea as a nuclear power just as long as it's not testing?

STEVE HILTON, FOX NEWS: Yes, for a while. And what's a crucial point, because in many ways the process here is the purpose. You see a lot of criticism of the president from the foreign policy establishment and its political rivals saying, well, there's not enough concrete steps here. Nothing is really happening. But the fact that they are talking, that is a positive result. And frankly, if any other president, whether Republican or Democrat had got to this point first by getting China to participate in the pressure campaign, and then to really read this relationship so we are talking rather than being on the brink of nuclear catastrophe, they would be hailed as a foreign policy genius.

WALLACE: Well, let's pick up no this, the people in the cheap seats. Some members of Congress, Leslie, members of both parties are expressing concern that the president goes in this summit so anxious to have something that he can tout as a deal, as a victory. Here's Democratic Senator Ed Markey.

SEN ED MARKEY, SENATE FOREIGN RELATIONS COMMITTEE: I think there is apprehension, in fact, amongst President Trump's own diplomats heading into this summit. Nothing is clear. And I think as a result, we could run the risk that Kim is given concessions which are not accompanied by real concessions that the United States is receiving in return from Kim and his regime.

WALLACE: Leslie, President Trump says he does not need advice from people who've been dealing with or talking about North Korea for years and haven't come up with anything.

LESLIE MARSHALL, RADIO TALK SHOW HOST: The dealmaker had a photo-op and a good bump in the polls for himself, and we can't have that this time around.

WALLACE: You are talking about Singapore?

MARSHALL: Yes, absolutely. And I think that's what we are going to see. I think we're going to see take two, if you will. Dan Coats said, and I agree with him 100 percent --

WALLACE: The director of national intelligence.

MARSHALL: Kim Jong-un needs to have the WMDs. That is security blanket, if you will. And unless we are hard and push for full -- I disagree with Steve on this. unless we are hard and push for full denuclearization, we are not taking baby steps towards our goal, because, in a sense, in this regard, Kim Jong-un is holding the, cards and we are not getting anywhere. What kind of deal that we have? Really nothing. And I fear we will have that again if, as we see, the secretary of state and the president have backpedaled a bit already.

WALLACE: Well, as we just saw, the secretary of state, Mike Pompeo, was on "FOX News Sunday" yesterday. Off camera, Chris, I asked why a two-day summit? And he said because if they have progress on the first day, they're having a one on one meeting for some period of time, he said we want to give ourselves the time that all of us, meaning him and the other diplomats on both sides, can get together and try to put what they've agreed to on paper, work it out so that there's a concrete statement. What do you think are the chances that this won't be just an intention to denuclearize but there will be some meat on the bones this time?

CHRIS STIREWALT, FOX NEWS: The time is always on the side of the North Koreans, and it has been since the end of the Korean conflict. And that's how they play. As long as they can just keep going a little bit longer they can make it into the next thing. We can trash what we're doing in North Korea with what we're doing in Venezuela. So the message from Senator Marco Rubio and others to Maduro, get out or get dead. That's what's going to happen to you, you're either going to get out or you're going to get dead. In North Korea, what they say is stay in and get rich. Why don't you come to Vietnam. See how prosperous Vietnam has become. Be like us. And the president's promise to Kim is always, come on, play ball with me and you're going to end up rich, your country is going to end up rich, and you're going to see quick growth. Whether or not that's a real thing, I don't know.

WALLACE: Panel, we have to take a break here.