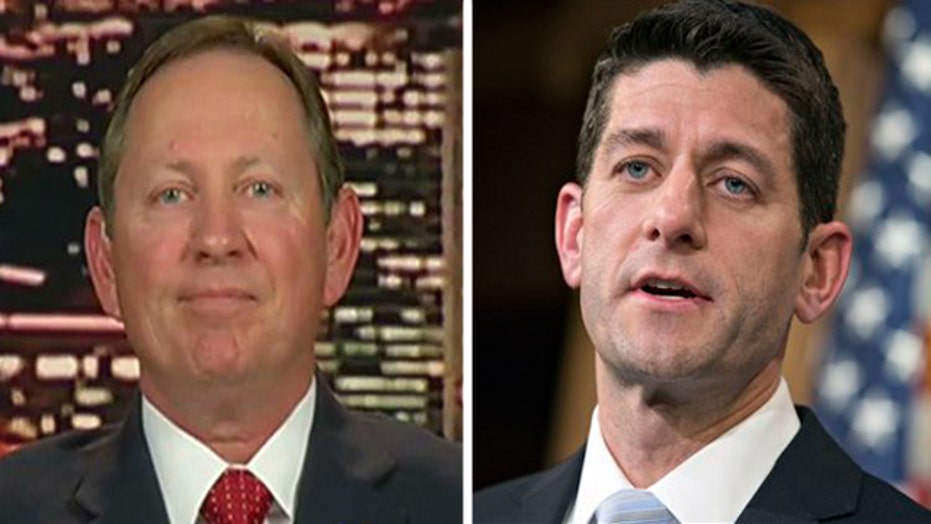 This is a rush transcript from "The Kelly File," December 27, 2013. This copy may not be in its final form and may be updated.

SHANNON BREAM, GUEST HOST: A scathing letter from a veteran going viral. He is angry that the new bipartisan budget deal includes cuts to veteran's retirement benefits. The open letter to House Budget Committee Chairman, Paul Ryan, reads in part quote, "You may not know us by name but we're the people, Congressman, who answered our nation's call, some of us at a very early age, to willingly serve you and others like you so you could safely attend college and pursue your personal ambitions without fear of harm."

That veteran joins us now. Chuck Wooten wrote the letter. He is a retired chief master sergeant of the United States Air force. Sir, thank you for joining us, and first of all, thank you for your service.

CHUCK WOOTEN: Oh, you're very welcome and thank you for having me, Shannon. I appreciate it.

BREAM: Well listen, I understand in part your letter was motivated not only by the actual facts of what happened but the fact that you also got an e-mail asking you for a cash donation from the very people that I know in part you feel like have betrayed you.

WOOTEN: That's exactly right. Still stinging from the budget announcement when I learned that the military retirement was actually on the chopping block for reductions, still stinging from that. A day or two later, I did receive an e-mail and the e-mail was addressed from Congressman Paul Ryan. And it was a fund raiser. And normally, I would just hit the delete button and -- on those types of things. But this one for whatever reason I just chose to make a response to him and let him know specifically. And regardless of the party, when everybody that passed this and put that language in there, exactly what they've done, and the impact that they've had on the service men and women of the United States. It's a broken trust and not much excuse for it.

BREAM: All right. And to share with folks a little bit about what Congressman Ryan is saying. He says, first of all, this is delayed until 2016, the kick in. There are a lot of folks on the Hill talking about finding a fix prior to that. Democrats and Republicans in the House have both teed up measures that they think will fix this in advance of that deadline. Are you hopeful they will find a fix? We're talking about $6 billion, which sounds like a lot -- billion with a "B." But in the grand scheme of things when your $17 trillion in debt, a lot of folks think you shouldn't be the ones that they use to save $6 billion.

So, regardless of what they're talking about as far as fixes go, fixes are wonderful things, but what we're looking at and the support that I have because of the viral letter that's gone all over the place in last of couple of days, is a complete removal of that language or that provision. A partial fix, which I've heard rumors of, is no fix at all. And anything sort of that is an abject failure. And we're going to stand for it.

BREAM: You use some pretty heated words in this letter. I mean, you really don't mince words at all, really taking it to Congressman Paul Ryan. Do you blame him as much you blame Democrats? Do you blame everyone who voted for this? Who do you think should be held responsible?

WOOTEN: I think anybody that voted "yea" should be held responsible. Congressman Ryan was on the receiving end of what we call being chief. And the reason that he was is because he had the audacity or his name had the audacity to send me an e-mail. And -- after he had just gotten done picking my pocket on the budget deal, was -- had his hand out looking for a cash donation. So, I blame everyone that voted "yea" without exception.

BREAM: All right, Chuck Wooten, keep us updated. Let us know if you hear anything back. Again, our thanks to you and to all of our other vets out there tonight.

WOOTEN: Shannon, it's a real pleasure. Thank you so much for having me.