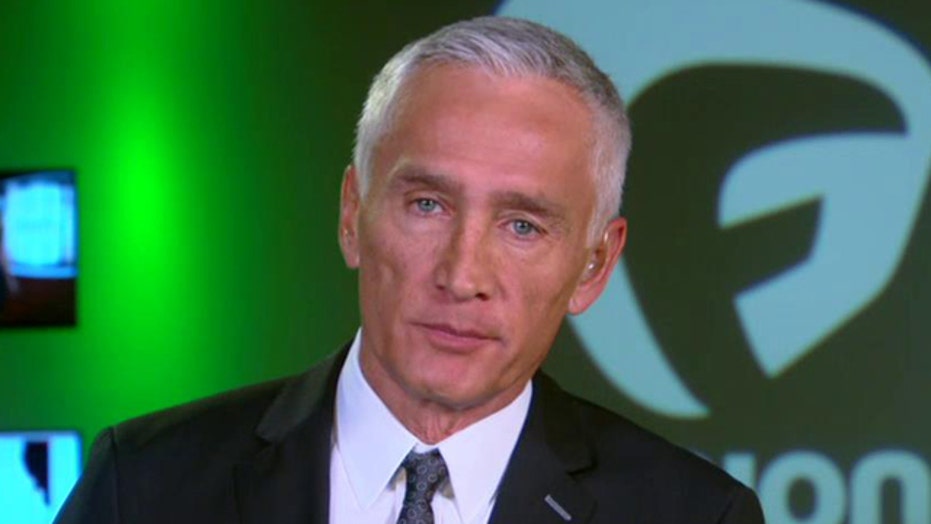 This is a rush transcript from "Hannity," December 10, 2014. This copy may not be in its final form and may be updated.

SEAN HANNITY, HOST: Welcome back to "Hannity." President Obama recently sat down with my next guest, Univision host Jorge Ramos, who pressed him on the recent decision to grant de facto amnesty to millions of illegal immigrants in this country. Watch this.

JORGE RAMOS, UNIVISION: Many times, you said that you didn't have the legal authority to go ahead. You said, I'm not the king, I'm not the emperor of the United States. Even on March 2011, on Univision town hall meeting, you told us, and I quote, "With respect to the notion that I can just suspend deportations through executive order, that's just not the case." That's exactly what you did.

PRESIDENT BARACK OBAMA: No, no, no, no.

RAMOS: Why did you change your mind?

OBAMA: No, because, Jorge, at the time -- and I can run back the tape on your questions and some of the questions in that town hall -- the notion was that we could just stop deportations, period. And we can't do that.

HANNITY: Now, unfortunately for Emperor Obama, we do have the tape from that town hall and found the exact comments to prove his blatant hypocrisy! Watch this.

OBAMA: With respect to the notion that I can just suspend deportations through executive order, that's just not the case.

There are enough laws on the books by Congress that are very clear in terms of how we have to enforce our immigration system, that for me to simply through executive order ignore those congressional mandates would not conform with my appropriate role as president.

HANNITY: All right, joining me now is Univision and Fusion anchor Jorge Ramos. Jorge, good to see you. How are you?

RAMOS: Great to be here. Thanks for inviting me.

HANNITY: We appreciate it. Well, it turns out your question was dead on. The way you framed the question was accurate. And what the president said in his denial was not accurate. What's your response to that?

RAMOS: Well, I think the president's position, honestly -- and that's my own interpretation -- evolved. I think he changed his mind, maybe because of the pressure from journalists or from the Hispanic community.  But at the end, this is what many people were expecting him to do for many, many years.

My argument with him is that if he believes that he has the legal authority now, it's exactly the same legal authority that he had six years ago, and he didn't do anything about it. And since then, he has deported more than two million immigrants.

Maybe on this issue we disagree, but the fact is that I think the president's position definitely changed. No question about it. And I think our argument was the right one, that he should have done something to protect millions of undocumented immigrants, and at the end, he did. He acted.

HANNITY: All right, let me go back because there's a history here.  There's two separate issues that I want to discuss with you. One is the process and the president and promises that he made because you interviewed him in his first year in office, and here's how that went down.

OBAMA: What I can guarantee you is, is that we will have in the first year, an immigration bill that I strongly support and that I'm promoting and that I want to move that forward as quickly as possible.

RAMOS: In the first year?

OBAMA: In my first year.

HANNITY: OK, so he didn't do it in the first year. He said he didn't have the authority...

HANNITY: OK. And then he said he didn't have the authority. Then he did it. Then you questioned him about why he changed his mind, then he denied changing his mind. It gets a little confusing there, doesn't it?

RAMOS: Well, let me say one thing. I think the majority of the Latinos -- 89 (ph) percent, according to the latest poll -- are very grateful with the president because of what he did. Having said that, there are two things that -- in which the Latino community's very resentful and disappointed, first because he didn't keep his electoral promise that he was going to present immigration reform during his first year in office.  He didn't deliver on that.

And the second one is that he has deported more than two million immigrants, more than any other president in the history of the United States. He has destroyed thousands of families. And even though I think his legacy will be that he made the most important immigration decision in 50 years, the fact is that the footnote would say that he also deported millions of immigrants and that he destroyed thousands of families.  There's no question about it.

HANNITY: Let me -- let me -- let me give you some numbers from the budget, the omnibus that is now being presented this very day to Congress.  They're going to spend $948 million, Jorge, to help poor and unskilled Central American illegal immigrants establish themselves here in the United States.

Illegal immigration has had a massive detrimental impact on our health care system, our educational system and on our criminal justice system.  Just a fact. It is costing border states a fortune. Question is, I am the...

RAMOS: ... Sean, that immigrants contribute billions of dollars to the economy. They'll create thousands and thousands of jobs.

RAMOS: Most of them. And they are here simply because millions of Americans, including you and me, we benefit from their work and because there are thousands of American companies...

HANNITY: Well, you're missing my point.

And yet we've got one in five American kids in poverty. According to the latest numbers by the National Center for Children in Poverty, in Detroit, 58.6 percent of American kids are in poverty, 54.4 percent in Cleveland, 50 percent of Buffalo, 47 percent in Fresno. You take it all the way down to the 25th state, Tampa, Florida, 32 percent of kids there are living in poverty.

Now, I understand the conditions are tough in Mexico. I've been down to the border 10 times, more than anybody I know in our business. I understand that they want to come here. The question is, why not do we not demand that people respect American law and American sovereignty and come here legally and not be rewarded for coming here illegally?

RAMOS: I agree with you that it would be -- the best way to do it would be legally. There's no question about it.

HANNITY: Then do it! Insist on it!

RAMOS: But I don't agree with your argument. I think if you have more immigrants in this country, it's simply better. I just came from Nashville, Tennessee. It's amazing what they've done with immigrants. And thanks to the immigrant population, the city is doing much better...

HANNITY: You're not addressing my point!

HANNITY: That doesn't make it right!

HANNITY: That doesn't make it right! You got to respect...

HANNITY: If you want to be an American -- wait a minute!

RAMOS: They are here because we need them.

RAMOS: They are here because we need. What you had for breakfast this morning...

RAMOS: ... was harvested by immigrants. The place where you live...

RAMOS: ... and most probably was built by immigrants.

HANNITY: ... with all due respect, I don't know what you know about my background.

HANNITY: Jorge, I was a dishwasher, a busboy, a cook, a waiter, a bartender. I did painting, wallpaper hanging, laid tile...

RAMOS: So you know -- you know how difficult it is.

Here's my point to you. I am all for solving the problem, but you've been around Washington a long time, and you know how it works. If you have spending cuts and tax increases over 10 years, you get the tax increase immediately, you never get the spending cuts. If you have border security and amnesty, you'll always get the amnesty, we're never going to secure the border, which ends the problem forever.

HANNITY: ... we've got to secure America's borders first! Why would you disagree with that?

HANNITY: I'm giving you my answer.

HANNITY: You're not listening!

HANNITY: You didn't listen to my answer!

RAMOS: ... find a solution for those who are already here in this country.

HANNITY: Can I ask you a question? Will you join me in support...

HANNITY: Would you support a bill that secures America's borders permanently and securely first? Do that first, and then we can deal with the issues that I think that you want to discuss.

RAMOS: I agree with you. Let's secure the border, and at the same time...

HANNITY: Not at the same time!

RAMOS: We've got to do it at the same time.

HANNITY: You know why? Because you're going to get the tax increase, you won't get the spending cut! You'll get the amnesty, not the border security!

RAMOS: Let me tell you what's the problem with just securing the border. Forty percent of immigrants, 40 percent of them, come by plane.  So what are you going to do at the border?

HANNITY: We need a better tracking system. That's part of the security.

The problem is, is we have so many people...

HANNITY: Wait! We have so many people that have waited their turn and they've gone about everything the right way, and they're at the end of the line! And that's unfair to the people from all of these countries that want to be here. And we can't absorb the world's population!

RAMOS: I think we agree that we have a huge problem. And you know, it's unfortunate that we're concentrating on President Barack Obama and our discussion and our exchange with him because we should concentrate on Republicans. It is really John Boehner and the Republicans who blocked immigration reform, and they are responsible right now for the failure of immigration reform.

RAMOS: It is not President Barack Obama.

HANNITY: That's a cheap shot. I don't agree with you. I think the difference is that there are people are like me...

HANNITY: All right, you can say that...

HANNITY: ... but you know what? They passed the bill to secure America's borders first.

HANNITY: You don't agree with their plan!

RAMOS: ... they didn't do anything about.

HANNITY: You want your plan, and I understand that.

HANNITY: Right because it wasn't going to get through Harry Reid's Senate.

RAMOS: I went to Washington. I confronted John Boehner, and I told him to his face he blocked immigration reform.

HANNITY: He blocked your version of immigration reform!

RAMOS: Something has to be done.

HANNITY: He has his own version, which is secure the border. I got to run. We're going around in circles. All right, Jorge, good to see you.  Thank you so much.