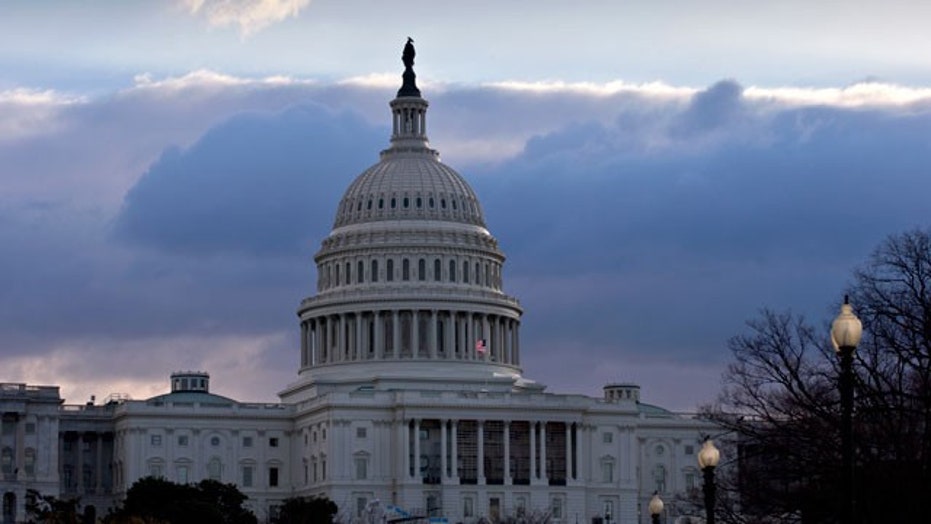 United States in a sad state?

GARY KALTBAUM: I don't think it's just a metaphor; the only way they get to the space station is with Russia, it's quite the irony. The bigger picture for me is that superpowers do not create $17 trillion in debt. Superpowers do not have almost half the country on food stamps and poverty going north. We've got to start turning this around and soon.

BEN STEIN: Power flows from the barrel of a gun. We disarmed ourselves. We let ourselves become weak all over the world. We only have a smattering of troops in all of Europe. It's a pathetic situation. Our navy has been cut to virtually nil, our air force is cut. We did not elect Mr. Obama to be a unilateral disarmer, but that is what he is doing.

ADAM LASHINSKY: We have 60,000 troops in Europe, we account for 3/4 of the budget of NATO. We are still a superpower and have chosen for budget reasons not to pursue space the way we used to. We were relatively friendly with Russia. While I think the metaphor is right, I agree with everything Gary said. We do have these structural problems. We can't lose sight of the fact we still are the world's military superpower, far more powerful than Russia.

DAGEN MCDOWELL: I was never in favor of doing away with the space shuttle program then having this gap when we wouldn't have a way through NASA to get our astronauts to the space station and would have to hitch rides. I think the space program and NASA are symbolic of our achievements and what we can do as a nation. It needs to thrive. It's always been the focus of cost-cutters because of its budget, even though it's less than $18 billion a year. Compared to more than $600 billion for the defense department, it's a drop in the bucket. Everyone talks about the importance of privatization. That's what we are doing with these space flights. Getting ready to award contracts to private companies in the U.S. to do what Russia is doing.

CHARLIE GASPARINO: The Russian economy is $2 trillion economy versus our $17 trillion, we are much stronger, but we're lot acting weaker. What is interesting about this is it's so self-imposed. The problems we have right now can be fixed pretty easily. Give businesses a reason to hire. Give people reason to save and invest. That can be fixed pretty easily. We have a president who is not only disarming the military, he's disarming our economy. You come out of a financial crisis you waste $100 billion on things like Solyndra, you threaten raising taxes and you threaten with a healthcare mandate, then you wonder why corporations are sitting on gazillions of dollars in cash.

BEN STEIN: I make of it a continuing effort on the part of the Democrats and the left, the environmentalists, nutritionist left to control Americans' lives. Some things are more important than telling us what to eat. One is maintaining Americans' freedom. This trying to control what we eat is a scary proposition.

ADAM LASHINSKY: This is a real phenomenon. The USDA should be involved with helping Americans have better nutrition. The fact is there are healthier ways to go about doing agriculture and they are trying to issue broad guidelines to be helpful over a very long period.

GARY KALTBAUM: This is all about regulations, it's all about control. You've got the U.N. and IMF; all want global taxes, a ton of people on the left want carbon taxes.

DAGEN MCDOWELL: This is the perfect solution is a free market solution. The more meat China eats and the more milk they consume, prices will go up and we will, as a nation, consume less because the prices go up so much. It's self-correcting that way.

CHARLIE GASPARINO: I see a story about merging the global footprint with healthy eating and I thought it was insane.

BEN STEIN: China is the number one hacking power. Let's get back at them, let's not get caught flat footed like with Russia and Crimea.

GARY KALTBAUM: If anybody is hacking us, hack back twice. My worry all of this talk they are going to stop spying on us, I don't think that's going to happen. We only know what they want us to know at this point.

DAGEN MCDOWELL: We should spy on them. Cyber attacks are the greatest threat to our national security according to a poll of defense officials. Spy away.

ADAM LASHINSKY: I think it's a good thing, of course there are privacy concerns, but they always were looking for the bad guys and looking for non-American bad guys including when they were looking at us. I commend them for trying.