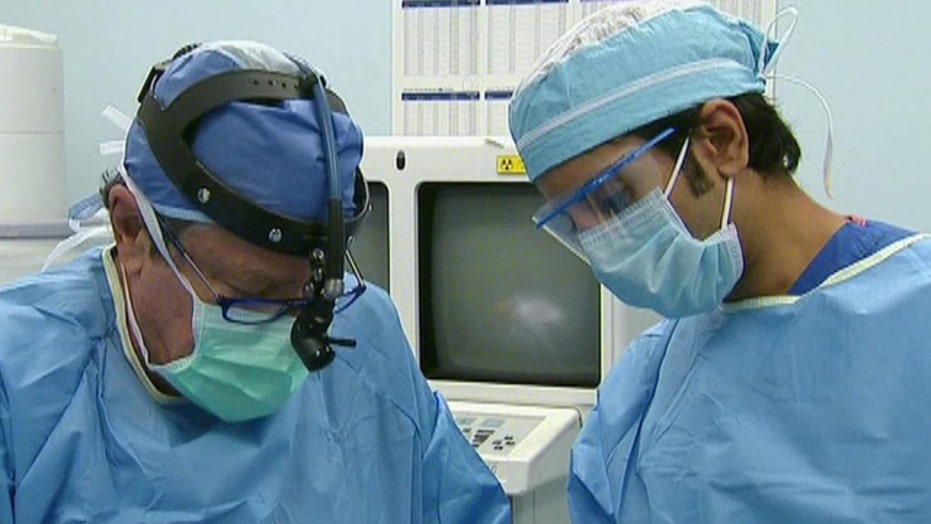 REPORT: HEALTH CARE NAVIGATORS TO BE PAID $20-$40 AN HOUR

Gerri Willis: Oh my God, 21,000 people in California are going to be hired to interpret ObamaCare. Are you kidding me? Nancy Pelosi doesn't understand it, Congress doesn't understand it. The industry, the healthcare industry has been trying to understand it for two years now - they can't do it. Look, the bottom line here and I'm looking at this from the consumer point-of-view your costs are only going up. Some 68 million people are probably going to lose their corporate sponsored healthcare as a result.

Gary Kaltbaum: Well, I just happened to take two minutes out of my life to start reading the 63 pages of the rules for navigators, and I shut it down after the second page. Look, this is the same thing that's been happening since day one. We were told we had to figure out what was going to be in it. We all knew what was going to come. There's be much higher cost, all kinds of regulations and mandates. We're getting surprises by the week. I can't even imagine what this is going to cost two or three years down the road, and this was my expectation.

Charlie Gasparino: Well I don't know about nefarious, there's something overtly political. I would call it nasty, but not nefarious. I don't know. I'll let Adam decide whether this is nefarious or not. But, it is clearly Keynesian economics at work. I mean if you think about it, when the President ran around saying that the healthcare bill wouldn't cost anything, I guarantee part of their bizarre economic analysis was just how many government jobs would be created, and how that would impact the economy, and this is it.

Adam Lashinsky: Not in the way that it appears to worry everybody else. I mean I think that so far what we've had here is an extremely smug conversation. We have a complex piece of legislation that is going to change so what we're doing is we're changing. It's a very complex approach to a very complex problem. Do you think, for a moment, that the way the healthcare system works now is straightforward and simple, and everybody can completely understand what they're doing? So what we're talking about doing, I don't know where Gerri's statistic comes from, we're talking about adding up to 30 million more people to having health insurance in this country. That is going to be complicated, it is not going to be easy, and it doesn't shock me that you would want to help people learn how to do this.

Gary Kaltbaum: Two words -- oy and vey. Look, I don't even know where to start with this. The reason why we got into this position people got mortgages that couldn't even make their second payment that were backed by the government and all this, that, and the other thing, and now we're washing, rinsing, and repeating, and all I have to tell you is this; just because housing prices are going up now, does not mean they don't go back down once interest rates get normalized, and if that happens and we start giving away houses to people again that can't afford it, we're going to just repeat the same thing over again. I don't understand any of this logic behind this.

Gerri Willis: Well I got to tell you, it's not just the government; the banks are also giving out these sub-prime mortgages yet again. That's starting to happen too. There are a lot of people to blame in this. But do you know who you can't blame right now? You've got to hear this. This week, we got a report from Fidelity. People are saving more for retirement - 54 percent - 72 percent have reduced their debt since the Great Depression, or Recession, or whatever you want to call it. So, Americans, Americans are doing the right thing. Its government that's out there deciding that they're going to go back to these policies that failed in the past.

Charlie Gasparino: Well there was an Orwellian quality to this, to the President's little announcement. I just couldn't help thinking of 1984 when I saw them blather that nonsense, I mean here's the problem, and this just gets the heart of just how unsophisticated economically the President is . One of the reasons why we had a housing crisis, and a housing bubble, housing bubble then it caused a crisis, is because of all these incentives to buy homes, including Wall Street securitization, which had tangentially involved government regulation...and that bid up the price of homes to a point where people couldn't afford it unless they got one of these crazy loans like nothing down and a balloon payment at the end of two years. That's the problem with these incentives - they actually inflate prices beyond where the market's going to be. Listen, my dad worked three jobs - we had a house. We moved from an apartment to a house but it was cheap enough to buy.

Adam Lashinsky: No, this is one of those rare moments where I'm really going to disappoint you, Charles, because I agree with absolutely everything that Charlie just said. This is horrible policy; it's been bi-partisan horrible policy for many years. By the way, I'll make you happy at least a little bit. It's got nothing to do with the Community Re-investment Act. That was a tiny portion of the crisis, but government encouraging through tax policy.

And that's why I'm agreeing with you completely. This is terrible policy. We have guilted people into thinking they need to own homes. That there's something good about owning a home, and of course there is, but it's not necessary to own a home.

Ben Stein: Well my head is spinning. I don't know what planet all these people on our panel are from. The housing market has recovered somewhat, and its way weaker than it was in 2006-2007. Housing activity while stronger than it was a year and a half or two or three years ago, is still flaccid. And if you're a person like me who owns a lot of real-estate, and is endlessly dealing with banks about mortgages, you'll find that it isn't that easy to get a mortgage, and banks are being extremely suspicious about borrowers.

Gerri Willis: Oh my...what do they know about budgets? They know nothing about budgets! I mean, that's exactly what's clear, and the idea of taking some kind of advice from the White House or the administration on this couldn't be crazier. Look, at the end of the day, its regular Americans who know how to balance a budget. You know why...because there are consequences if you don't balance your budget.

Charlie Gasparino: Well regular Americans actually don't know how to balance a budget - they don't. Here's why they don't. It actually relates to the last conversation we had. They took out all these loans they couldn't afford, and then they get thrown out of their homes.

Gary Kaltbaum: Well just to take a little bit of the other side. It's never bad when you teach Americans financial literacy and about budgets, but I've got to tell you - we should be teaching them - $6 trillion over the last 4 years in debt. I'm sorry; those are the wrong people trying to tell us.

Adam Lashinsky: My only contribution to this is that the federal budget and my budget are apples to oranges. They're completely different animals, of course they should balance their budget, but it's a different subject.