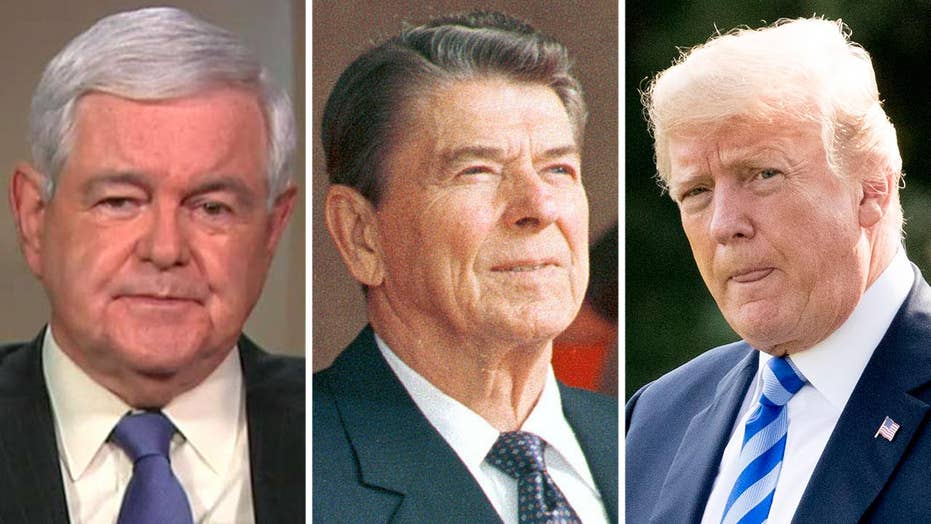 From the publisher: No one understands the “Make America Great Again” effort with more insight and more experience than former Speaker of the House Newt Gingrich.

Gingrich was an ally of President Ronald Reagan during his 1980 “Let’s Make America Great Again” campaign. In 1994, Newt was the architect of the Contract with America and the campaign that ended 40 years of Democratic control in the House of Representatives. As a friend and supporter of President Donald Trump, Gingrich authored the #1 New York Times bestseller Understanding Trump, which explained the 2016 election and the early Trump presidency in ways no one else could.

In Trump’s America: The Truth About Our Nation’s Great Comeback, Gingrich describes our country’s tremendous turnaround under President Donald Trump’s leadership – and confronts the desperate efforts by the elites in academia, the media, and the Washington establishment to undermine and distort his achievements.