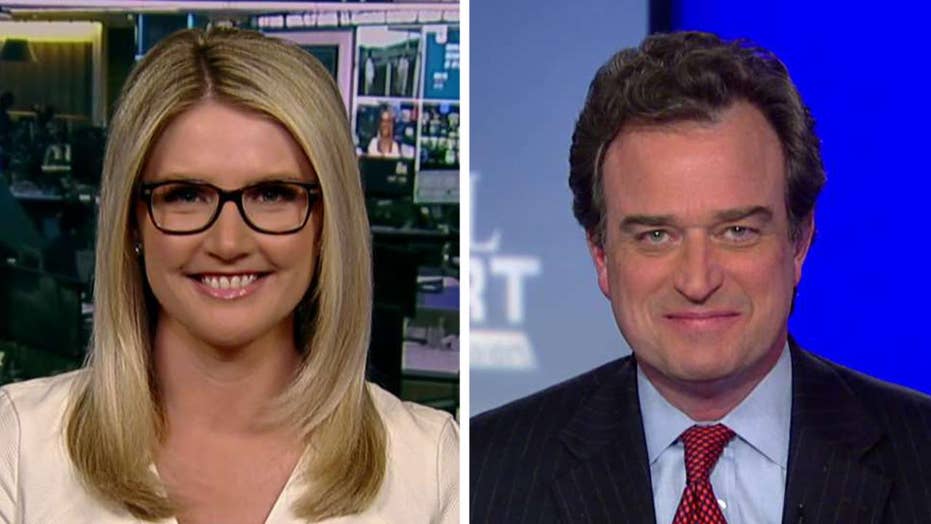 This is a rush transcript from "Special Report with Bret Baier," February 27, 2019. This copy may not be in its final form and may be updated.

MICHAEL COHEN, FORMER TRUMP ATTORNEY: I am ashamed because I know what Mr. Trump is. He is a racist. He is a conman. And he is a cheat.

Mr. Trump knew of and directed the Trump Moscow negotiations throughout the campaign and lied about it. He lied about it because he never expected to win. Questions have been raised of whether I know of direct evidence that Mr. Trump or his campaign colluded with Russia. I do not.

BRET BAIER, ANCHOR: Michael Cohen, 8,300 miles away from Hanoi, Vietnam, as we get ready for this summit here, testifying about a host of issues. The Trump campaign putting out a statement today, saying "Michael Cohen is a felon, a disbarred lawyer, a convicted perjurer who lied to both Congress and the Special Counsel. Now he offers what he says is evidence, but the only support for that is his own testimony which has proven before to be worthless. This is the same Michael Cohen who has admitted that he lied to Congress previously. Why did they even bother to swear him in this time?"

MARC THIESSEN, AMERICAN ENTERPRISE INSTITUTE: So this testimony was the bombshell that didn't explode. There was a lot of stuff that was embarrassing for Donald Trump, and most embarrassing was his association with Michael Cohen.

But remember, before this testimony there was all this speculation that Michael Cohen had recorded conversations with Donald Trump, that he might have had recordings about him talking about colluding with Russia or knowing about the Trump Tower meeting or telling him to lie to Congress.  It turns out he didn't have any of that. He didn't have any evidence of anything that was impeachable. And in fact, some of the things he said was actually exculpatory.

So you played that clip at the beginning of the segment where he said that Donald Trump didn't expect to win. He said elsewhere that he just treated the whole campaign as an infomercial for the Trump brand. If that's the case, that kind of undermines the argument that the payoff to Stormy Daniels was a campaign finance violation because it's only a crime if he was doing it to advance his campaign. If he was doing it to not embarrass his wife or for his wife not to find out, that's sleazy, but it's not criminal. So actually, Michael Cohen provided exculpatory evidence that Donald Trump really didn't commit a campaign finance violation, which I think is kind of interesting.

BAIER: He definitely didn't have any information on collusion when asked about that numerous times, numerous ways. But as to your point about the Stormy Daniels' payment and the other payment that he said were retainers, here is that exchange with the one of the congressmen.

MICHAEL COHEN, FORMER TRUMP ATTORNEY: The president of the United States thus wrote a personal check for the payment of hush money as part of a criminal scheme to violate campaign finance laws.

The payments were designed to be paid over the course of 12 months, and it was declared to be a retainer for services.

REP. RO KHANNA, D-CALIF.: The president directed transactions in conspiracy with Allen Weisselberg and his son, Donald Trump Jr., as part of a criminal conspiracy of financial fraud. Is that your testimony today?

BAIER: Then, Marie, he brought forward two different checks, both signed by the president, as president, and he said that these were part of that payment. Your thoughts on that?

MARIE HARF, "BENSON AND HARF" CO-HOST: He also testified, Bret, that the reason the president wanted him to pay off Stormy Daniels was explicitly to impact the outcome of the election. So even if he didn't expect to win, he was trying to impact that.

But I think one of the bigger, more important things that we heard today from Michael Cohen was his testimony that he witnessed other criminal behavior by the president that the Southern District of New York is currently looking into, and therefore he couldn't get into those details. But he opened the door to the fact that the Southern District of New York, the place many people think actually holds more legal jeopardy for the president, that they are looking into other possible criminal acts.

I also think on the Russia issue, Bret, when he talked about Roger Stone and WikiLeaks, Roger Stone giving the president a heads up that WikiLeaks was going to be releasing damaging emails, that doesn't answer questions, but I think it actually opens the door to even more questions about what else Donald Trump discussed with Roger Stone about WikiLeaks. We don't know.

BAIER: Yes, I think Roger Stone had tweeted something out the week before about that.

BAIER: But anyway, Charlie, your thoughts on this?

CHARLES HURT, WASHINGTON TIMES: The whole thing was incredibly entertaining. It was a little bit like watching all three episodes of "The Godfather" on a nice cold rainy day and you could sit inside and be entertained.

But in all seriousness, this is a guy who says Donald Trump is a racist, he's a con man, he hates America, and yet he worked for him for 10 years? And obviously, his whole record for veracity around here is not all that great. My favorite mistruth of the day was when he claimed that the reason that he decided to flip is because of a calling of his conscience and he wanted to clear everything up. No, the reason that he flipped is because his office got raided. And the reason that he's going to jail is not because of these supposed campaign finance violations, which, by the way, the last person on earth that I would get any legal advice from, especially on federal campaign finance laws, is Michael D. Cohen. He's not who I'm going to go to for that.

HURT: But I think it's very important to remember that, of course, what he's going to jail for is defrauding on his taxes and defrauding in his taxi medallion business.

BAIER: Yes. He also said he didn't want a White House job, and there was a lot of evidence, even the Southern District of New York put it in the filing that he really wanted to be at the White House. Here is Jim Jordan from our interview early about his take on the whole thing.

REP. JIM JORDAN, R-OHIO: Last week Tom Steyer, mega-donor for the Democrats, was in Jerry Nadler's district organizing a town hall meeting to persuade Mr. Nadler to go ahead and move ahead with impeachment. Two nights ago, Tom Steyer was in Baltimore in Chairman Cummings' district, organizing a town hall encouraging his constituents to push Chairman Cummings ahead with impeachment. That's what this thing was about today.

BAIER: Marc, these hearings are always a bit frustrating to watch the questioning not going after the substance a lot of speechifying. Obviously, Republicans decided that they were going to spend their time to reduce or take away any credibility that Cohen had. But your thoughts on their strategy?

THIESSEN: Taking away Cohen's credibility is low-hanging fruit. That wasn't hard to do. But I'll tell you, they do have a point not just about Cohen's credibility but about the Democrats' credibility in having this hearing. The fact is to have this hearing on this day when you're in Vietnam, the president is in Vietnam meeting with Kim Jong-un, trying to focus on the denuclearization of the Korean Peninsula, which is possibly the most important national security issue facing our country, and both sides, everybody, whether you're a Republican or Democrat, has an interest in him succeeding, to have specifically chosen this day in order to have -- it didn't work because of the time difference, but they wanted to have a split screen, it's unpatriotic. And I think Americans saw that.