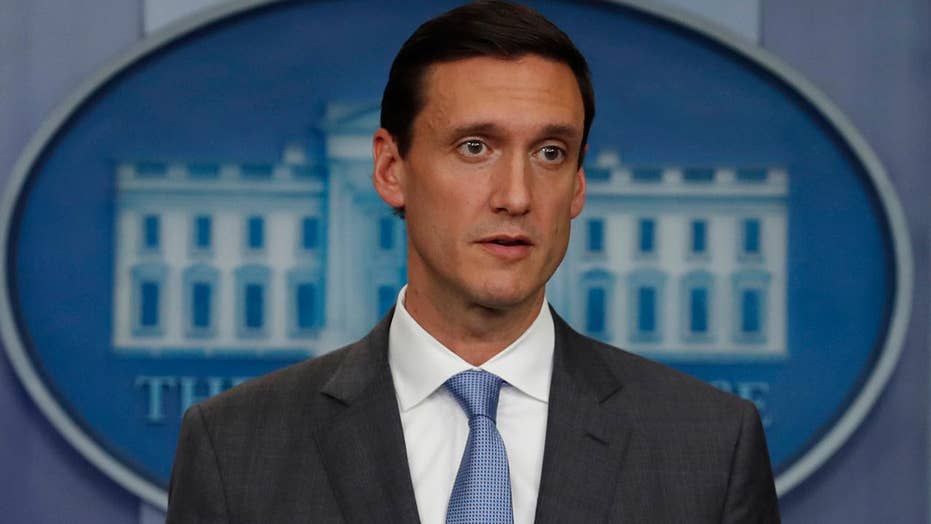 This is a rush transcript from "Special Report with Bret Baier," August 25, 2017. This copy may not be in its final form and may be updated.

CHRIS WALLACE, ANCHOR: Well, let's talk about Harvey, and we need to point out to folks that we understand that this is a human story of tremendous dimension. This is going to be a terrible storm and there is obviously the possibility, we hope it doesn't happen, but the possibility for tremendous loss of life and property.

But there is a political drama aspect of that as well, and that is this is going to be the first test of President Trump and his team and how they handle a natural disaster of this sort, as you can see on the right side of the screen. And they've been very conscious about this today. We've had Tom Bossert, the homeland security advisor to the president and the White House, holding multiple briefings talking about how on top of this they are, Trump has sent out pictures, he sent out tweets on this subject. Karen, they've got to know that this is an important test for the competence of this administration.

KAREN TUMULTY, THE WASHINGTON POST: Absolutely. And as I look at those maps, I'm from south Texas, and, you know, the amount of devastation you are looking at there, what we've seen so far is they do seem to have learned a few lessons from Katrina. For instance, they are not waiting, as the Bush administration did, for then governor Kathleen Blanco to ask for help. They do seem to be mobilizing in advance, and that was one of their big, big lessons from Katrina.

WALLACE: And in fact, because they moved General Kelly as secretary of homeland security to be chief of staff they don't have a full-time secretary, they have an acting secretary.

BYRON YORK, THE WASHINGTON EXAMINER: They have to do two things. One, they have to do well on the substance of it. They have to do a good job when this hits in providing relief. And the other thing is they have to tell people they are doing it. And they did begin with President Trump picking a Twitter fight with Senator Corker. And you thought, wow, is he going to talk about this hurricane? They seem to have picked up and gone full-court press today at the White House briefing and after that. So I think they are giving this indication that they know this. Part of the biggest thing, their task right now is we know this is a big deal and we are all over it.

WALLACE: It's interesting. There really has been a tremendous effort at the White House. I know the substantive effort, Matthew, has been tremendous, but there's also been a substantial P.R. effort to indicate they are on top of this story. They are already talking about the fact already before the full hurricane even hits Texas that the president plans to go to the area, see the damage there sometime next week when it's appropriate for him to go.

MATTHEW CONTINETTI, WASHINGTON FREE BEACON: If you recall, that was George W. Bush's big misstep when hurricane Katrina hit, the perception that he was not paying attention. Remember that infamous photo of him looking out at the damage from Air Force One. Even though FEMA is really more a correlating agency and the local authorities play a big role in the actual consequences of the hurricane, it is very important for a president to seem in charge, and I think they're on their way, as Byron pointed out, to doing exactly that.

WALLACE: Karen, I've got less than a minute left. I've got to ask you a question. I know you've got a lot of ties to Texas. I have to say from an easterner, it seems surprising that local officials haven't ordered mandatory evacuations. Is that just a culture clash or what?

TUMULTY: I was actually stunned to see Congressman Blake Farenthold standing on the seawall in Corpus Christi with the winds blowing all around him just saying, well, this seawall has been here for a long time. I think it's astonishing.

WALLACE: Well, OK. That makes two of us.