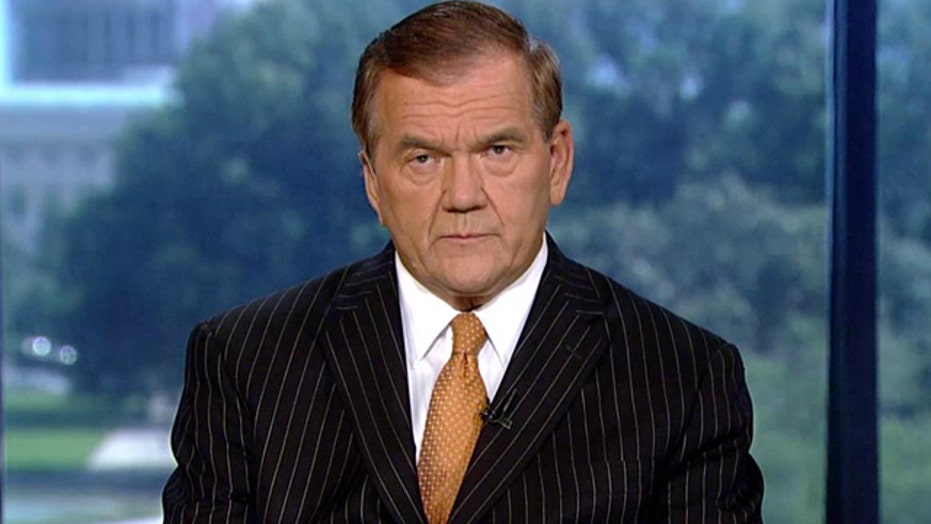 This is a rush transcript from "Your World," June 29, 2015. This copy may not be in its final form and may be updated.

NEIL CAVUTO, HOST: To former Homeland Security chief Tom Ridge on what he thinks is up here.

Tom, it is weird, right, to get this kind of advance warning on the part of all the agencies involved and responsible for our security at the same time. What are you to make of that?

TOM RIDGE, FORMER U.S. HOMELAND SECURITY CHIEF: I was somewhat disturbed by the rather abrupt and dismissive comment made by the White House that this is standard operating procedure.

It's taken in concert with July 4, which ever since 9/11 we have always been conscious of the concern around these national holidays. But I don't think that the very dismissive attitude by the White House is terribly helpful.

This a global scourge and frankly, until this White House, until the president, Western allies and countries in that region, with the exception of Iran, get serious about destroying ISIL, we're going to be living with this threat on a fairly regular basis. And what he may refer to as standard operating procedure may be a warning that we need to live with until we eliminate ISIL.

CAVUTO: Do you think they're on to something, though, or either this is pre-heinie covering or whatever you want to call it, or they're hearing increased chatter or there does seem to be something, maybe given Friday's incidents across the globe,that we're next?

RIDGE: Well, I think that Secretary Johnson and the FBI have acted in a very appropriate way, given -- I don't think it was a coincidence three continents within three hours.

I think this is a scourge with which we're going to have to deal with, particularly ISIL, for the foreseeable future. And unless and until we take a much more aggressive posture, not these limited airstrikes, not this rhetoric about rhetorical condemnation, unless we get serious about an overall military effort to eliminate them, you're going to see this may ultimately become a standard warning, i.e., we're at risk all the time, not to be breathless about it, but that is the reality of the new world as long as we let ISIL expand its reach beyond Syria and Iraq.

CAVUTO: All right, real quick, though, we did see this beach attack in Tunisia that scared a lot of folks. Should public beaches -- should there be security on public beaches, screening people's bags?

RIDGE: Well, I think Americans are -- are -- have proven to be very resilient. I think they should continue to do everything they normally do and plan on doing over July 4.

I think the security around these public venue, both regular police, as well as security forces, they're on higher alert today. And I think it's a appropriate. But I don't think we ought to compromise how we live in this country because of the threats overseas.

CAVUTO: Tom Ridge, our first homeland security secretary, boy, talk about baptism by fire. That was then. Tom Ridge with us now.