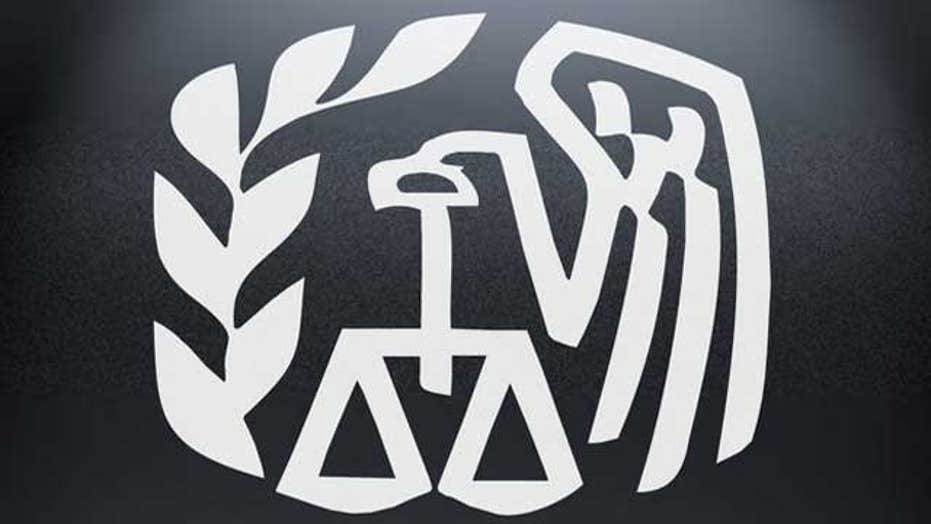 Potential cuts spark debate over future funding for the agency

HOUSE REPUBLICANS CALLING TO CUT $3 BILLION FROM IRS BUDGET; IS IT TIME TO WIPE OUT THE ENTIRE BUDGET INSTEAD?

CHARLIE GASPARINO: Liberals like the IRS because it collects all the money to basically finance the welfare state. That's essentially what [Congresswomen Nita Lowey] was saying in the most inarticulate ways imaginable because, as you know, the New York City Fire Department is not financed. The IRS doesn't collect taxes for the New York City police and fire department. It is scary how little these people know about. Listen, I talked to Chris Dodd (former US Senator from Connecticut) about the banking system-he told me the Canadian banks are bigger than the US banks. So all these people, in my view, are 'three sheets to the wind' when it comes to this stuff.

CHARLES PAYNE: Charlie hit nail right on the head. For every dollar they raise, they spend on the IRS. They bring in six dollars. But here's the point. We've got a great opportunity now to starve the beast. How about we just don't give them anything? How about we close up shop and start from scratch?

DAGEN MCDOWELL: If you really want to starve the beast, you simplify the tax code. You get rid of all the deductions. And then you don't need to legislate getting rid of it. I don't think that this cut, though, will make that much of a difference because the real issue here was the targeting of conservatives. Until you wholesale change the people who work there, I don't know how cutting the budget by a quarter does anything.

ADAM LASHINSKY: It's not about the worker; it's about whether or not the company, the unit, the division deserves the money. I mean, Charles is the only one being honest here. He's showing his true colors, Neil. The budget is not the opportunity to punish these people. Punish these people if they've done something wrong.

BEN STEIN: If these people really were snooping illegally, if they really were violating laws, you can put them in prison. I don't see any point in cutting the IRS budget. We have to collect that money to defend the country. We have a great many uses for that money; it's completely legitimate. We had some rogue agents. Let's punish them.

BEN STEIN: [The President] thinks he can [pick apart which parts of the health care law he wants to enforce], but the Constitution says he must take care to fully enforce the law. There was a wonderful piece in the Wall Street Journal about this, which says he cannot pick and choose those parts. Obviously, if the President could pick and choose which laws to enforce and which not to enforce, there would be no need for a Congress. So I think once he has gotten the Congress to pass the law, it's the law. And he can't just suddenly decide not to pass it. This is like those signing statements that Mr. Bush used to give, where he would say that he wouldn't enforce certain parts of the law. That wasn't legal either.

CHARLIE GASPARINO: If I were the Republicans, I'd be like the Viet Cong-sit back in the bushes, in the jungle, and let Obama make the mistakes. Let him show just how insane this thing is, that he never thought it through, that he passed it, and then read the law.

CHARLES PAYNE: I think Republicans are doing that, which is why they haven't stepped up to the plate and said, "Hey, Mr. President; you can't just pick and choose what laws you want to cancel without talking to us." It's a dangerous slope, by the way. You don't want to start establishing different precedents for the President. Now, you can pick and choose what laws you want to implement and not implement? It's a dangerous game. But having said that, how about the idea that the President with his signature piece of legislation that's right up there with the Emancipation Proclamation and Bill of Rights, the most incredible piece of legislation in the last two centuries-we've got to tinker with it a little bit? To me, that's the more amazing part of the whole thing.

REPORT: TRAVELERS MAY SOON BE ABLE TO SEE A PILOT'S SAFETY RECORD BEFORE FLYING

CHARLES PAYNE: From a business model point-of-view, it would probably wreck the whole industry. But at the very least, if it's your first time flying-the first time being supervised in a certain plane, a certain route-tell me on my ticket. Say "training flight." Give me an option to opt out.

ADAM LASHINSKY: You do have the option to pick your own pilot. It's called flying private. Otherwise, we have an extremely safe aviation system in the United States-extremely safe. We have to leave this in the hands of the FAA and the airlines. They're doing a very good job.

CHARLIE GASPARINO: Can't we do a little more disclosure here? I mean, you do see student drivers driving around.

DAGEN MCDOWELL: The average American has no way of ascertaining what is qualified and what isn't. You can't look at a pilot's record-and by the way, the most dangerous thing is a tired pilot, and that's one thing you will never know.

BEN STEIN: I think [a standard database to look up who is piloting our planes] makes a lot of sense, and I think the FAA should be cracking down very hard on people who are doing training flights. But the idea of telling you when you make your reservation who the pilot's going to be-I don't think that's going to work. I don't think the airlines know until a few minutes before.

MORE FOR YOUR MONEY: STRONG STOCKS