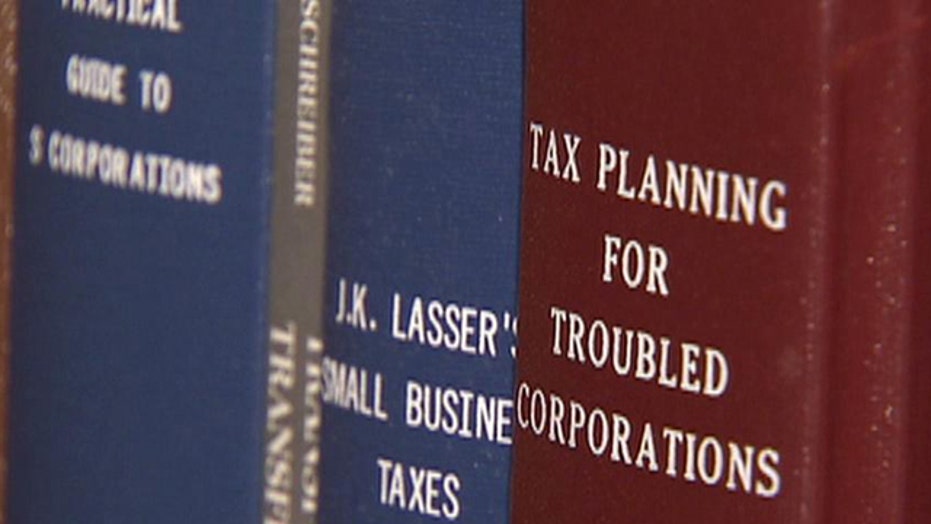 Time to rethink the IRS?

DISCLAIMER: THE FOLLOWING "Cost of Freedom Recap" CONTAINS STRONG OPINIONS WHICH ARE NOT A REFLECTION OF THE OPINIONS OF FOX NEWS AND SHOULD NOT BE RELIED UPON AS INVESTMENT ADVICE WHEN MAKING PERSONAL INVESTMENT DECISIONS. IT IS FOX NEWS' POLICY THAT CONTRIBUTORS DISCLOSE POSITIONS THEY HOLD IN STOCKS THEY DISCUSS, THOUGH POSITIONS MAY CHANGE. READERS OF "Cost of Freedom Recap" MUST TAKE RESPONSIBILITY FOR THEIR OWN INVESTMENT DECISIONS.z

GARY B. SMITH: This would be the most positive thing we've seen for this economy since the interne! Look at all the benefits. We get rid of the IRS which means we get rid of these IRS scandals dating back before President Nixon up to the current administration. We save billions on productivity, raise more revenue, and make it fair. This would be the best thing that could happen for the market and the economy. They can't pass it quickly enough.

JONAS MAX FERRIS: I feel bad for the IRS. It's not their fault they're put in this position. Congress made the ridiculous tax code they have to enforce. They're merely the accounting police. Going to a flat tax doesn't make it simpler.

TOBIN SMITH: We would probably have DOW 25,000 instead of 15,000 simply because earnings would be higher, growth rates would be higher, and that wealth effect would then create the thing missing in this economy which jobs. Also everyone would participate in paying taxes, not just 20 percent of the people. That's not a bad thing either for society.

JOHN LAYFIELD: This flat tax is right. You've got to take the IRS out of the equation. What they have done the last few years is absolutely criminal. Not to mention a flat tax would be great for the economy!

JOHN LAYFIELD: This is proof they need to get out of the student loan business. These kids are coming out of college so laden with debt and they're not getting good advice. You have this massive balloon of student loan debt which is killing the economy because they can't buy cars, they can't buy new homes. The government has no business in this. They need to get out.

TOBIN SMITH: The Government got into the student loan business because they said the private sector was taking advantage of people. The minute they did this, student loans doubled, the interest rates are almost 2% and 3% higher and worst of all, and you can't refinance these things. The private sector would do that in a heartbeat. That's why the government needs to get out.

JONAS MAX FERRIS: That's the government's only cash machine and you're talking about turning it off? There are too many student loans. The private sector will encourage these loans just as much, at just as high of a rate. It's not going to go away. The solution isn't getting out of the way and letting a private bank take on that 8% loan.

GARY B. SMITH: College tuition, room and board, is so high right now. Why is it so high? Because students have easy access to money, it flows right through to the college. They continue to raise their tuition much faster than the rate of inflation. The government needs to get out of this business. Not to mention taxpayers are on the hook for that nearly $1 trillion in debt, a lot of which won't be paid back. If it's in the private sector, taxpayers are off the hook.

STEVE MURPHY: Banks should not have the responsibility for deciding who goes to college, and if they are the sole financers of student loans, that is exactly what would happen. Don't turn it over to banks!

GARY B. SMITH: Companies offer a wage that attracts the best people they can get. If the wage is too low, they don't get the people they want. If the wage is too high, they waste money. They use the profit to invest and build bigger companies and expand and grow and hire more people down the line. If they had less profit, they wouldn't be able to grow and less people would be hired.

STEVE MURPHY: It's a real drag on our economy that real wages have not risen over the last two generations, and we have 50 percent of the work force living from paycheck to paycheck. People can't invest and they can't spend. A little bit of wage inflation would be good for this economy.

JOHN LAYFIELD: If you're good in America, you're going to get paid very well. To tell companies to pay people more is just preposterous!

JONAS MAX FERRIS: It's very hard to make a company pay more and earn less. Even with the tax code, when they lower the taxes, it lowers their wages.

TOBIN SMITH: Spreading the wealth around is an idea that hasn't worked. The $800 billion stimulus is case and point.

FIGHT BACK AGAINST THE RECORD FEES! (LCC) LANDS A 40% PROFIT IN 6 MONTHS