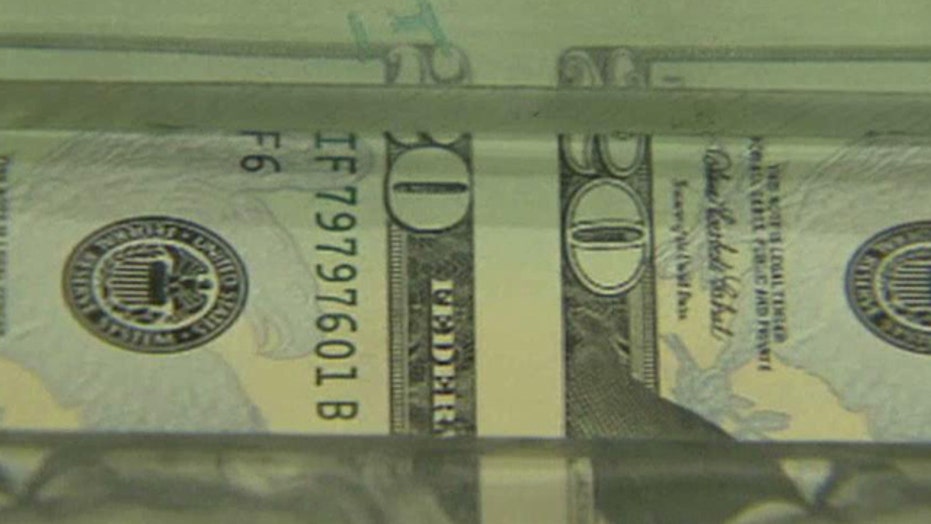 Democrats double down on objection to budget cuts

STEVE FORBES: If they deny that it is a spending tour, that is exactly what it is. These guys are addicted to spending; they don't realize that they are taking resources out of the economy when they do this which hurts the economy. Money does not come from the manor from heaven, it does not come from mars, it comes from we the people through taxing borrowing or printing money which is another form of taxation. This is just a symptom of a sick capital nation.

RICK UNGAR: It's a wonderful PR campaign is what it is, what I like about it is that the very people who voted for the appropriations that create money to help cities, are the same people who are labeling this a wild spending tour. All that is happening, is that government agencies are going into these cities to help them more efficiently use the government money that we've committed to these programs so they are not wasting it, why is this a bad idea?

RICH KARLGAARD: You know what this really is? This is a campaign for the 2014 elections, that's why he is going to 100 cities, 100 congressional districts. What Obama wants to do is leave an FDR legacy of spending and new government programs. The only way he is going to do that is to have a veto-proof majority in the senate, and recapture the majority in the senate. Make no mistake; this is the opening volley of the 2014 campaign.

JOHN TAMNY: This is the Obama administration playing politics. They naively believe that government spending enhances our well-being. This is the job of the Republican Party in control of the house to point out that government spending is an economy smothering concept that destroys exponentially more jobs than it creates. It's time for republicans to back up their rhetoric and block it.

ELIZABETH MACDONALD: Yes it's a spending tour, and I want that debt clock that the democrats say embarrass them in hearing rooms. I say put it in the front grill of that bus on that spending tour, if any CEO told their company that 2 percent in cuts in our budget, we are going to have to lay you off, that CEO would be shown the door. That's what's going on. We average 17 percent growth in agency increases, and we are talking about just a 2 percent cut, I mean it's tiny. We are in the 5th year of a $3.5 trillion budgets, we have 1.4 percent anemic growth and 3 million less Americans working, and all the spending isn't working.

SABRINA SHAEFFER: This hysteria is really much to do about nothing. It's so rich to watch democrats pointing out the debt clock as if that is going to be a distraction from the issue at hand. As you say, we are creeping towards $17 million in debt; we are borrowing 40 cents of every dollar. Americans know that this is ridiculous, that we are now talking about expanding universal preschool as a selling tool for democrats to get more power in 2014.

Yahoo! telling its at-home workers to come back into the office

RICH KARLGAARD: I think they are being really foolish, I would rather listen to a famous entrepreneur who said ‘give people the freedom to work where they want and they will excel', this is the guy who said it. It's Richard Branson who is on the cover of the most recent issue of Forbes Magazine. He's absolutely right, particularly of people who live in Silicon Valley. People who live in San Francisco and have to commute to Yahoo! is a 75 minute commute each way. You're going to tell me the 2.5 hours in a car is productive time?

ELIZABETH MACDONALD: Richard Branson runs an airline and you need those people to be on the plane. Yahoo has a bloated infrastructure that's what the new CEO inherited and she has to save the company. I'll give you a quote from a former worker at Yahoo, ‘I support the no working from home rule, there is a ton of abuse of that at Yahoo', its specific to the company, there is a lot of slackers who work at home, and not doing the job they should have. It has a bloated infrastructure, and she has to fix it.

RICK UNGAR: I completely agree with that, this makes no sense. What I'm hearing is that this is all about Yahoo being concerned that people working at home are actually working on their own startup projects on Yahoo's dime. I got news for her, I run a company, if she thinks that these people are going to stop working on their own projects by bringing them inside, no. if they are doing the job, it doesn't matter where they are doing the job. If they are slacking, not doing the job, fire them. Bringing them into the company headquarters isn't going to make a difference.

MIKE OZANIAN: Let's not be too hard on yahoo, yahoos stock is outperforming IBM the last 6 months, it's outperformed the S&P 500 and the tech- laden NASDAQ. They are obviously doing something right. This is a healthy debate because what happens in society, like-minded employees work for like- minded employers. Yahoo may have to reshuffle its deck here, but in the end, everyone is going to benefit.

JOHN TAMNY: Yahoo is right and they are making an economic decision. Corporate culture matters and this is a way to create it. Also, when the cats away the mice will play, so to bring them in, it's a good thing. The important thing about this, quite unlike the federal government, that says one size fits all to all of us, Yahoo is doing it individually, if it fails, it will fail individually, it won't affect other companies. This is the exact correct decision.

STEVE FORBES: This is a situation where Yahoo is in trouble; brought her in to straighten the situation out and so John is right, one size does not fit all. How she did the decision was a disaster, doing it in an impersonal flip memo, instead of sitting down with people explaining, we need to recreate a new culture, and we have to make drastic changes to save this company. We are in a highly competitive industry so the way the decision was implemented was the fault, not the decision itself. When Steve Jobs came back to Apple, he fired 3,000 people right off the bat and she should have conveyed a sense of crisis, we have to change the way we do things.

STEVE FORBES: Long term they don't because first of all you don't have a monopoly very long, others get in the game if they think there is money there. It does nothing to really enhance the economic growth of the state. What democrats in New Jersey should do is go along with Christie's proposal to cut the state income tax and revive a once dominant economy. When New Jersey didn't have these nosebleed taxes on property and incomes, we nearly led the nation in terms of economic growth now we are laggard. These one shot deals are just a gimmick they don't work and end up doing more harm than good. Just look at Atlantic City today.

ELIZABETH MACDONALD: I say why not try it. New Jersey got slammed by Hurricane Sandy, and I hear everything that Steve is saying. I understand that quickly this honey pot turns into a tar pit because that's how state legislatures treat it; they use it as their own slush pot for whatever they want, not for things like education. If they do it right, it would do great for sports gambling, and that would bring in a lot of revenue. Until you get the right fiscal people in place there to do the right thing, you're not going to see much improvement.

RICH KARLGAARD: No I think this is a fundamental moral issue and you have to take a stand here, as I'm sure I'm sounding now as this Victorian nag. Gambling has negative consequences that begin to ripple through society and it hurts the poor the worst. Those are the groups of people right now who are suffering in this economy. We need lower taxes that create businesses, just as Steve said.

RICK UNGAR: They are, and I'm pleased that Rich is worried about the poor, I wish he would be as worried it when it came to taking care of them at the federal level instead of cutting, but what we have seen from the lotteries is that it was a big concern. When states were considering lotteries, they were worried about that and it really hasn't had the negative impact. I'm all for it, I think Christie is on the right track, you have to regulate it properly, but yeah it's a good idea.

MIKE OZANIAN: There is an even bigger problem, if you look at Atlantic City which in the late 70s began with the casinos and legalized gambling down there, what happens is the legislators and spenders in politics look at say ‘the revenue is going to be xyz and its going to grow' So they put in spending plans that go out multiple years that consume revenue that never shows up.

It's March! But forget the brackets. What stocks will be "March Madness" to your portfolio?

Reminder: Stock needs a market cap of $500m or more. And must trade on NYSE or NASDAQ