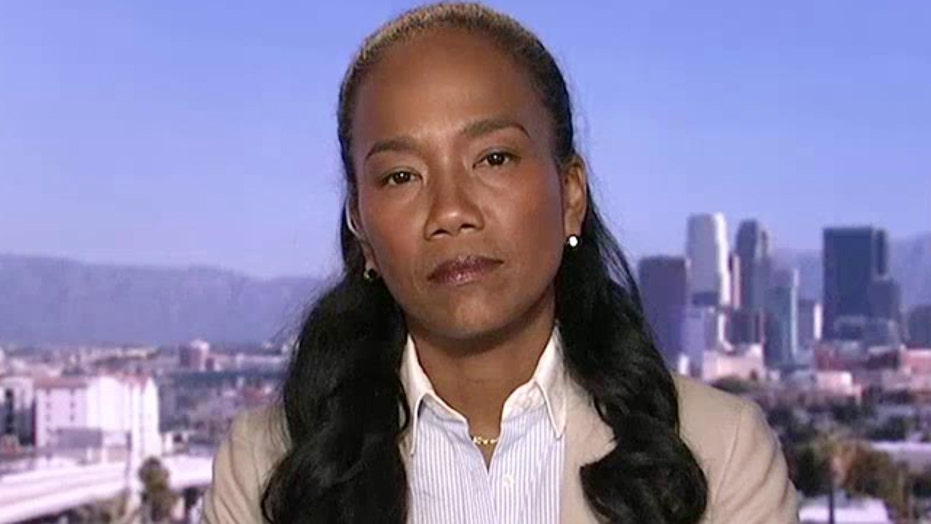 This is a rush transcript from "On the Record," April 28, 2015. This copy may not be in its final form and may be updated.

GRETA VAN SUSTEREN, FOX NEWS HOST: Our next guest is best known for playing Detective Kima Greggs on the show "The Wire," which is based in Baltimore. She also lived in the city. Actress Sonja Sohn joins us with reaction to the riots in Baltimore.

Sonja, thank you for joining us. And as you look at these pictures of these protests and then you hear from, you know, the woman like Ashley talking about promise and opportunity and what she wants to do. And then you see the mother clobbering her son. You know, it's such a wide spectrum of what we are looking at, isn't it?

SONJA SOHN, ACTRESS: Yeah. Absolutely. But, you know, all of it is necessary, you know, the mother disciplining her son, Ashley trying to make Baltimore a better place and showing up for peaceful protest. And unfortunately, the -- what I -- what I deem the city's leaders' neglect of the people's needs has brought the city to a boil. And unfortunately, we saw the kind of destruction that we saw yesterday. But I think we should be -- I want to make it clear what occurred yesterday did not begin yesterday. It's happened over decades, over years.

VAN SUSTEREN: You know what though? It's like, you know, when I - I did poverty law for a long time. That's how I started my career as a lawyer. And you know -- and I spent a lot time, you know, in the inner city area. And it seems to me that so many people come in and make promises that, you know, they're going to do something for the community. And then once the election is over -- I mean I have - you know, I'll tell you. I don't understand this but, you know, a lot - the inner city community gives its vote to the Democrats, but I don't see a lot of Democrats returning once the election is over and I have resentment anyone who makes promises and doesn't come back.

SOHN: Greta, I have to agree with you. You know, I don't follow party lines in general. I'm a registered Independent. But I think, you know, it's time for us to start voting for people, not the parties. And it's time to get, you know, fresh faces in office with new and clear vision. And it's time to get folks in office that are really going to work for the people. And, you know, my -- you know, the time that I spent in Baltimore, I was extraordinarily frustrated by city leadership who made those promises at the local crab boil or the bull roast, came to a community meeting or two, and then, you know, turned right around.

VAN SUSTEREN: You know what? I think -- but it goes right up to the top. You know, President Obama promised so much in 2008. I mean it, goes all the way to the top of the, you know, the totem pole. I'm talking about national leaders -- national leaders.

But what I do -- what I can speak to -- is my time -- is my experience in Baltimore, the time that I spent there, the times that I spent working with formerly incarcerated youth who were trying to turn their lives around and was constantly caught in a Catch-22 and not having resources available to lead those children those young people as they were trying to change their lives. And I was privy to the promises, the ones that were not -- that were not kept.

SOHN: All right. Thank you.