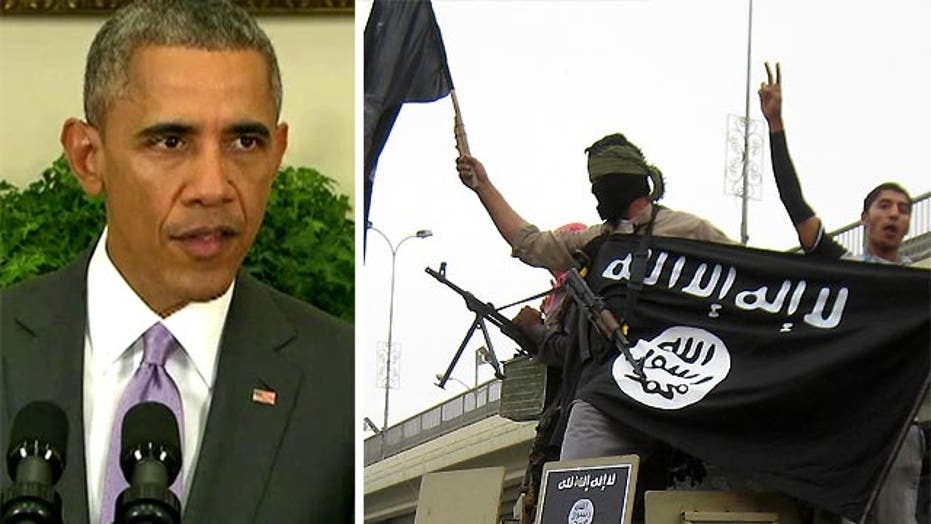 The politics and policy of the chaos in Iraq

This is a rush transcript from "Special Report," May 19, 2015. This copy may not be in its final form and may be updated.

PRESIDENT BARACK OBAMA: Our coalition is on the offensive. ISIL is on the defensive, and ISIL is going to lose.

JONATHAN KARL, ABC NEWS: Would you say that overall this strategy has been a success?

ROBERT GATES, FORMER DEFENSE SECRETARY: I think to refer to what happened in Ramadi as simply a setback, and that we will help -- to say that we will help the Iraqis regain it, frankly, the gap between the rhetoric and getting it done, I think, is pretty significant. They have got Ramadi, they have got Fallujah, they have got Mosul. Getting them out of these cities is going to be incredibly tough.

BRET BAIER, ANCHOR: Former Defense Secretary Bob Gates talking about basically the situation with ISIS terrorists on the ground in Iraq. We're back with the panel. Charles, what about this back and forth, how the administration is playing it and the reality on the ground?

CHARLES KRAUTHAMMER, SYNDICATED COLUMNIST: The administration is delusional or cynical. I would hope cynical, because otherwise we are in deep trouble. This is a tremendously defeat. It isn't only a geographic defeat, the fact that Mosul is gone and Fallujah is gone and now Ramadi is gone. It's that the Iraqi army once again ran.

Our whole idea is we are going to train the Iraqi army. If you train people who want to fight but don't know how to fight, well, that will work. And we actually had that opportunity in Syria. Obama disdained the Syrian non-jihadist who opposed Assad and said there were doctors, engineers, bakers. But they wanted to fight. They were out in the street. They demonstrated. They needed training. We gave them nothing and they got liquidated.

With Iraq you have got the exact opposite, soldiers in name only who want to get paid with corrupt officers and sectarian officers who don't want to fight. All the training in the world is not going to help them because you can be trained, but if you have no interest and no commitment in the war, you are going to run. And that's what happened. And that's why we are losing badly.

BAIER: Ron, we spent a long time talking about the past week, about the getting into Iraq and what Republican candidates would do. Liz Cheney kind of put what a lot of people have been saying into a tweet, saying "When will the media ask President Obama and Hillary Clinton the key question for 2016, knowing what we know now, would you still have abandoned Iraq?" But getting back to the troops.

RON FOURNIER, NATIONAL JOURNAL: No. It's a good question. Look, we have lost almost 4,500 men and women in this war as a result of the failed policies of two presidents. The next president, any of these people, including Hillary Clinton, who want to be the next president, have got to be able to look the American public in the eye, especially the families of these troops and the men and women who are injured in these wars, and explain what went wrong, more importantly what lessons we have learned from it that could help lead us in the future. Why did we have bad intelligence? Why was the intelligence cherry picked? Why did we have people making political decisions and now military decisions? And I would put Hillary Clinton at the top of that last list.

BAIER: George, Secretary Gates really was something on "FOX AND FRIENDS." I want to play another piece of it. Remember, this is the only defense secretary who worked for both George Bush and Barack Obama, talking about the situation in Iraq.

GATES: We had the situation in pretty good shape in 2010, first part of 2011. I think the security in Iraq was pretty good. The security forces were pretty good. But, that was because we had presence on the ground and we had influence so we could restrain Maliki's worst instincts, which were anti-Sunni, and we could ensure that the leaders of the Iraqi security forces actually were competent and well-trained instead of a bunch of political hacks which is what -- who Maliki put in place.

GEORGE WILL, SYNDICATED COLUMNIST: He went on to say, and he is a man of vast experience whose judgment should be respected, that the 3,000 people we have there are probably enough if they were used properly, particularly if they were in forward air controlled positions so that they could make our air force strikes more effective than they so far have been.

We went into Iraq saying we are going to build a nation, not just a nation but a democratic nation. When that went sour, we said at least we know how to build an army. It turns out we don't. So now today, instead of relying on the army, the government, such as it is, is relying on militias backed by Iran.

BAIER: That's not the last time we will talk about this, but that's it for this panel.