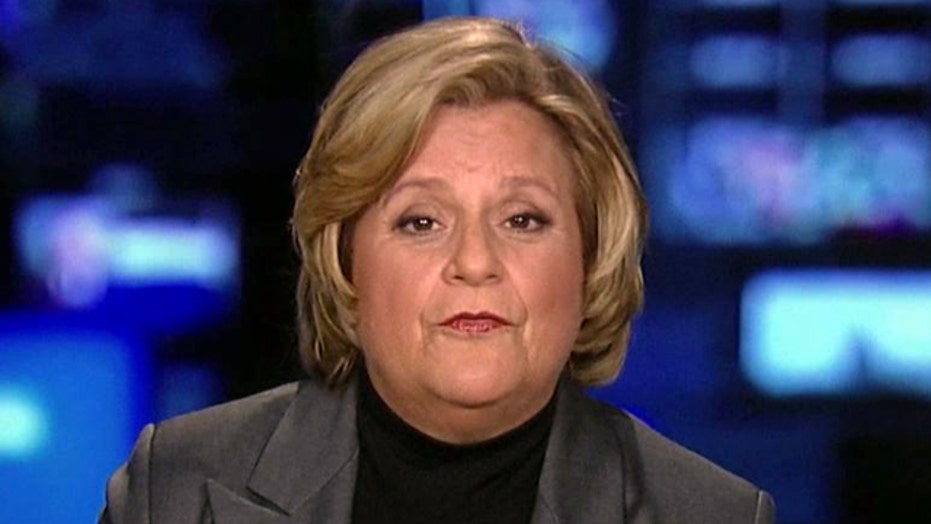 This is a rush transcript from "The Kelly File," December 10, 2013. This copy may not be in its final form and may be updated.

MEGYN KELLY, HOST: It happened earlier today at the big memorial for Nelson Mandela. President Obama finding himself face to face with the president of Cuba, reaching out and shaking hands with none other than Raul Castro. He's the son of Fidel Castro, part of the family dictatorship run in Cuba since 1959, with a regime specializing in repressing political decent and taking political prisoners. In just one month last year, Cuba jailed more than 1100 political dissidents, and this hand shake took place at a tribute to a global symbol of freedom

In the hour since, the story has exploded. USA today calling it the handshake the rocked the world. The New York Times asking if this will lead to another new headache for President Obama. The Politico website pointing out that the White House statement, that the hand shake was not planned. See that there? While the New York Daily News says, "It was still much more than just a gesture." And Senator John McCain goes so far compare it to Neville Chamberlain shaking hands with Hitler.

During a foreign affairs hearing with Secretary of State Kerry today, Congresswoman Ileana Ros-Lehtinen said this.

REP. ILEANA ROS-LEHTINEN, R-FLA.: Sometimes, a hand shake is just a hand shake. But, when the leader of the free world shakes the bloody hand of a ruthless dictator like Raul Castro, it becomes a propaganda coup for the tyrant. Raul Castro uses that hand to sign the orders to repress and jail democracy advocates.

KELLY: Just to correct ourselves, Raul was Fidel's brother, not his son. With me now is Florida Congresswoman Ileana Ros-Lehtinen. She's chairman emeritus of the House Foreign Affairs Committee and a Cuban-American.

Congresswoman, good to see you now. So, I know you're upset about this. For the people who don't follow our relations with Cuba as closely as you do, why is this a big deal?

ROS-LEHTINEN: Well, I was born in Cuba, and like many others in my Congressional district, I had to flee the communist tyranny when I was a young girl, raised here in this wonderful country that we call home now. But my district is filled with Cuban Americans like me who have felt the sting of communist oppression. This is a man -- Fidel and Raul -- it makes little difference to whom we're referring, jails dissidents, and Megyn it is so incredible that today is the international human rights day. And yet what happened in Raul Castro's Cuba, the man whose hand President Obama shook, he jailed, he detained and he beat human rights activists who were trying to commemorate international human rights day.

That is why it matters, people are dying to come to the United States from my native homeland of Cuba, to flee that communist oppression. Raul Castro does for President Obama to bestow him this courtesy. He should have shunned him, he should have ignored him. Sometimes it happens that -- I can understand the setting. But in that nature, he really should have ignored Raul Castro and shook the hands of democratically-elected leaders. Raul Castro is not a real leader.

KELLY: Let me ask you, because the White House is now saying that this was not planned. And yet political experts from both sides of the aisle, you know, Democratic and Republican have been saying, not sure if that is true. Because these events are generally very carefully choreographed, and the White House would know what the president is going to see, what the root would be and what the chances were of somebody like this taking out his hands and asking for a handshake from the president of the United States. Your thoughts on it.

ROS-LEHTINEN: I think so, I think that the president did know. I think that his security details for sure knew who was going to be sitting around him. I don't think it was by chance or by accident that the president of the United States was seated in front of Raul Castro. I'm not saying he was in charge of the seating, but he knew who was going to be behind him. He could have easily turned the other way and ignored him. And it just happened. But whatever, what matters most is the policy.

ROS-LEHTINEN: Well, I hope that it doesn't signal a shift in policy, and that is why I wanted to force Secretary Kerry to admit that Raul Castro is a dictator and that this does not mean any change in policy. Because we saw a shift with the Syria policy, we saw a shift with Iran policy, now we're trusting Iran to dismantle its nuclear program. It is unbelievable. And I think that the president wants to make good on that Nobel Peace Prize that he didn't deserve, still doesn't now, but he got it even before he was really president. And now in this second term, I fear the worst in this presidency when it comes to foreign policy, he is tip toeing around all the thugs and now making deals whatever he can. So, it worries me.

ROS-LEHTINEN: We should advocating for freedom, for democracy, and standing up for American values, not shaking Raul Castro's hands.

KELLY: Ileana Ros-Lehtinen, thank you so much for being here.

ROS-LEHTINEN: Feel better, you did great on Leno.

KELLY: Oh, thank you ma'am. Thank you so much. I was able to keep the coughing under control, and yet today, not so much. Just adding a little drama to the show for you tonight.