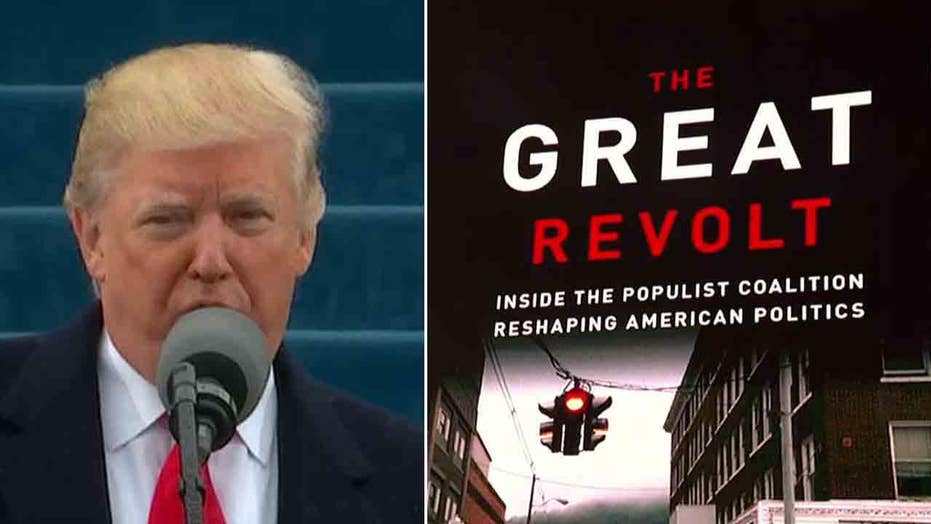 The forgotten men and women of America

New book 'The Great Revolt' gives in an inside tour of Trump country.

From the publisher: The history of the American electorate is not a litany of flukes; instead it is a pattern of tectonic plate-grinding, punctuated by a landscape-altering earthquake every generation or so. Donald Trump's electoral coalition is smashing both American political parties and its previously impenetrable political news media. The political experts called the 2016 election wrong, and in the wake of the 2016 election surprise, the experts have continued to blow it - looking to predict the coming demise of the president without pausing to consider the durability of the trends and winds that swept him into office.

The Great Revolt delves deep into the minds and hearts of the voters that make up this coalition. What emerges is a group of citizens who cannot be described by terms like "angry", "male", "rural", or the often-used "racist". They span job descriptions, income brackets, education levels, and party allegiances. What unites them is their desire to be part of a movement larger than themselves that puts pragmatism before ideology, localism before globalism, and demands the respect it deserves from Washington.

Zito and Todd have traveled on over 27,000 miles of country roads to interview more than 300 Trump voters in 10 swing counties. What they have discovered is that these voters were hiding in plain sight - ignored by both parties, the media, and the political experts all at once, ready to unite into the movement that spawned the greatest upset in recent electoral history. Deeply rooted in the culture of these Midwestern swing states, Zito and Brad Todd reframe the discussion of the "Trump voter" to answer the question: What next?