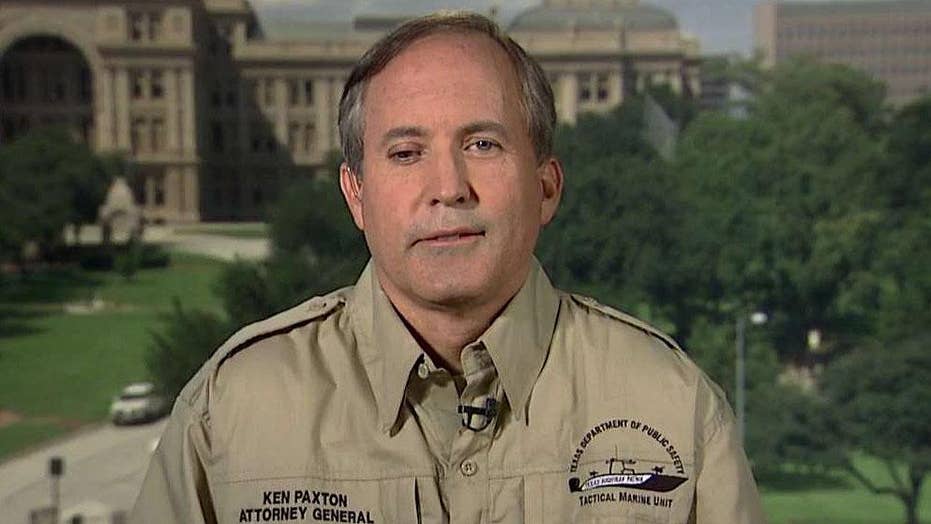 Texas AG on reports of price gouging in wake of Harvey

This is a rush transcript from "Your World," August 30, 2017. This copy may not be in its final form and may be updated.

KEN LANGONE, CO-FOUNDER, HOME DEPOT: Think of the devastation of the water. Think about rebuilding all these homes and the problems they are going to have.

LANGONE: And these gougers, they should have their eyes cut out of their heads.

CAVUTO: All right, that's one way to handle gouging.

And it has been happening in Texas. It's rare, but it's happened enough that it's caught the attention of the Republican Texas attorney general, Ken Paxton, who joins me right now.

CAVUTO: How are you handling those problems? Ken Langone had a certain solution. I'm not sure that is necessarily legal.

CAVUTO: But how are you handling it?

Volunteers have been willing to provide boats and vehicles and risk their lives to same people's lives. So, that's been the bigger story. We have definitely had price gouging.

I would probably not say that his idea is the most visionary idea I have heard.

PAXTON: I think our -- I think our penalties are plenty stiff, which is up to $20,000 per occurrence.

If you do to this to a senior citizen, up to $250,000 per occurrence. So, those are pretty stiff penalties.

CAVUTO: But still people do it, right, Attorney General? It always amazes me.

It's obviously a bad business practice. But I think a lot of people were not aware of the law. We're trying to make people aware. And we have noticed that our incidences of gouging and complaints have gone down over the last few days.

That may be probably due to the weather and a lot of businesses are closed. But we have been getting the word out as best we can.

CAVUTO: Some of them will say that they're doing it because there's a short supply of goods and this is what happens, supply and demand. Prices go up. Where do you draw that line and difference?

PAXTON: So, look, I don't draw the line.

The legislature passed a law. We try to be reasonable in how we're dealing with this. The general rule is, if it goes up 10 percent or more, and it's above like a three-month average, we're going to look at it.

But, listen, gas prices go up. There's some reason for gas prices to go up. But when you see $20 a gallon, that's a little bit much. So, I think we make these distinctions. They're usually pretty clear.

CAVUTO: Attorney General, we have had some incidents of looting, and a lot of homes that are abandoned getting ransacked.

I was talking to one homeowner on FOX Business earlier who was saying that he has cameras around his house, inside his house, others similarly so, But yet, not in his case, but in other cases, the cameras are there to view everything that happened. What do you do about that?

PAXTON: Well, we have experienced that same thing with the gouging. We have gotten pictures.

Technology has really changed our ability to get information. And those cameras work the same way. It's pretty clear evidence of somebody looting your house, if you got them on video. Same with the gouging. We have got pictures of for-sale items being sold for way too much. So, it's very helpful to have that availability of technology.

CAVUTO: Is there a higher or more severe fine for doing that sort of thing during a crisis like this?

PAXTON: Well, actually, that's when this goes into effect.

It goes into effect when there is a crisis. Otherwise, you can charge whatever you want in Texas. And it's a willing buyer and a willing seller, and whatever the price is, it is.

CAVUTO: Right. As for the looting, I know the Houston mayor has a curfew going on from midnight to 5:00 a.m. local time.

How has that been affecting activity like that in the meantime?

PAXTON: Well, there's no doubt there's been some looting.

It actually isn't as bad as I would have expected, given the fact that even the looters are having trouble getting around.

PAXTON: And they're having to risk their lives to go steal from people.

So, I think that's had an impact. I do think looting becomes a bigger problem as the water recedes. So, certainly, law enforcement officials are going to be looking out for that as time goes on.

CAVUTO: All right, thank you, Attorney General. Very good seeing you, Ken Paxton, the Texas attorney general, joining us out of Austin.