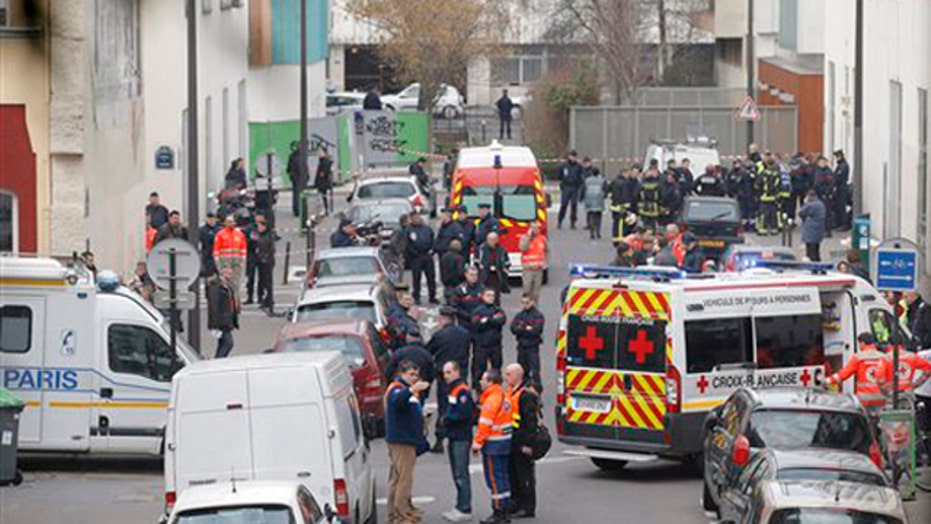 Time for Washington to change its priorities?

NEW TERROR THREATS RAISING QUESTIONS OVER SPENDING PRIORITIES IN US

John Layfield: The major thing of our government is to protect the people. I think our government has done a good job of that. Because of our debt we are limited going forward we spend about 18% of our budget on department of defense and homeland security. We have 82% of the rest of the budget and that's what they are trying to increase right now. We need about 20,000 more tech cyber guys, hackers, for lack of a better word, to defend our infrastructure. We are talking about free internet, free housing and we need to do something about the defense of our country. It's tough because we are in a budget mess because of our overspending.

Sascha Burns: In this budget request the president is doing is 50% for discretionary and 50% military. Also there will be more money going towards defense spending because of the money we are going to save from Afghanistan winding down. And closing military bases in Europe. It needs to be a huge priority. It already is a huge priority.

Gary B Smith: I disagree with John. I agree with Sascha. While we only spend 18% of our budget, we spend on defense 40% of the world's budget. We spend more than the next six to eight currents combined. We have a budget of $700 billion. The problem is we are still fighting world war ii. Do we need 30 bases in Italy? Do we need 100 military bases in Germany, for crying out loud? We have big battleships out there. The terrorists can strike everywhere. I think with $700 billion we have enough money to defeat ISIS, Al Qaeda ten times over. We don't need more money, we need it spent smarter.

Tracy Byrnes: To Gary's point, we need to redirect -- the fact that in the middle of all this the president had the nerve to come out and say we should give out free college? That was crazy. Like the country wants you to stand up and say I'm going to protect you and here is how I'm going to do it. Unfortunately, our president did not come to the white house to kill jihadist. He came to the white house to spread equality. Share the wealth. All his policies hurt the middle class and made the rich richer. He's not done what he should be doing. Sure, you don't want to give them money? Gary's right. There is plenty of money there. Focus on this. Say you are going to do something, redirect funds. That's what the American people want to hear.

Jonas Max Ferris: Take it out of the nuclear submarine budget. There has to be money out there. We need to defend ourselves. Do you think if we spent 30% gdp we wouldn't have attacks on 9/11? I think they bungled a lot of stuff that had nothing to do with the budget. With the deficit we need to get down and fight real threats. Decreasing the defense budget is not going to make us have less of a deficit. At this stage in the economy, let's reorganize the money in the defense budget for these newer threats and focus on getting the deficit lower to fight a newer recession, another threat so we have capacity to borrow at that point.

Tracy Byrnes: Affecting my commute, I don't care what your cause is. All you are doing now is annoying people. They are not getting their point across. No one wants to hear what they have to say. Affecting the economy is not a point here. If you have an issue with the police or the way things are being run, you don't stand on a bridge and block commuters.

Sascha Burns: I agree. The way you achieve reform. It's clear that there needs to be some reform or at least attention paid to inequalities in our judicial system and our law enforcement. However, the way to get reform is to get people to your cause. Inconveniencing them to care is not going to work. The beatings will continue until morale improves will not get people on your side.

Gary B Smith: I agree with both ladies. What do they do? They sit in a room and go we are upset with police. What's the best way to do that? Let's block apple. That will help. It's crazy when you think about it. Here is the bigger problem. They don't even have the consensus on their side. The latest survey, 75% of people overall like and respect their local police. If you think that's not the african-american, 56% of african-americans approve of their local police. It's kind of like blocking McDonald's because you think they have bad food. Most people want to go to McDonald's because they like McDonald's. This will accomplish nothing.

Joans Max Ferris : They have three different issues. I've been treated great by police. Police confiscate property. These police have become militarized. That is a bizarre issue. In the past and we are right on the edge of Martin Luther King Day, the protests, parades, the cops block the city. You want the public to take the side of the protesters not the cops. You want marches, not blocking traffic. This is going to turn the public away from these legitimate issues of local police.

John Layfield: Dr. King was, in my opinion, one of the great men of the last century, one of the great men of all time. To compare these guys to him, which nobody is doing on this show, I understand that, is highly inappropriate. If you have a problem, the nypd is the greatest police force to the world. They referred one case to the grand jury. They did not indict the officer. If you have a problem with that, there is no sense going after the nypd. They did the right thing. Go after the judicial system. Like Gary b. Says, going after apple? These are just trouble makers. They need to be arrested. They are thugs and a hazard to society.

Jonas Max Ferris : I got to tell you. When this went through $50 a barrel oil, that's when the positives were outweighed by the negatives. This boom in economies put a lot of people to work. When it goes this low, all this production put in place is under water. Thorough's pumping oil. They are paying $60 to get out of the ground. It's going to hurt Canada, jobs and cause a recession. We don't wanted 20, $30 a barrel oil. It's like when housing prices collapse. Housing is cheap, that's great, but you fire the carpenters, home builders, can't sell houses at those prices. Let's hope this doesn't continue.

Gary B Smith: We were offended when gm and chrysler were bailed out because it was inefficient money going to them. Whether it's overcapacity, lack of demand, whatever. The oil industry is now collapsing. So what? Now I don't need to spend $100 to fill up my tank, I spend $50. That other $50 I buy more groceries or I take a vacation. We move it to more efficient means. We had a housing crisis because that industry was overextended with credit. If the oil industry can't survive with market forces, so be it. We move the money to more efficient and effective means.

John Layfield : Gary b. Is right about comparing this to housing. 77% Of Americans at that time owned homes. That is a big difference how this affects. This is affecting consumers in the positive way. You have the lower rate count since baker hughes managed that in 1987. Royal dutch shell canceled a billion dollar project in Qatar. You are seeing a huge cut. This is a gain back.

Sascha Burns: There is a loss of jobs in the oil industry. It is a gain in jobs for the airline industry, for example, which had to lay people off when fuel costs are so high. We can't stop agreeing today. What's this mean? It means $500 a year in the average consumer's pocket. $100 Billion in the economy in a more efficient way. It's not for anyone to lose a job but one sector, it's another.

Tracy Byrnes: If you have extra money from gas savings, where did it go? It's in homes going onto your food bill because food prices have gone up. I'm not sure this is going to work out the way everyone is hoping it is.

Gary B Smith: PROTECT YOUR ASSETS WITH (SWHC);