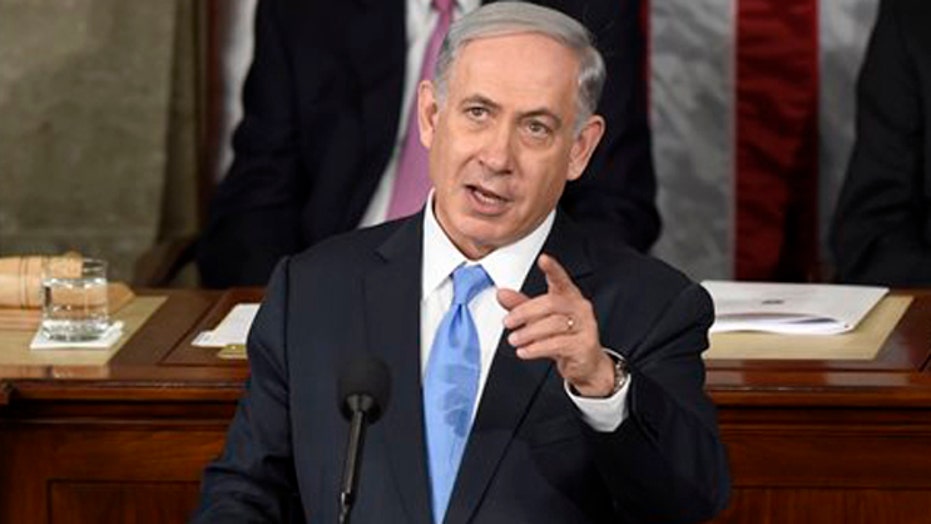 Should we trust Netanyahu?

STEVE FORBES: Time to rev up the sanctions and stop these negotiations, it's a dangerous joke. Iran has a history of violating agreements, they can't be trusted and any deal won't be worth the deal it's written on.

AUSTAN GOOLSBEE: We shouldn't have gotten in a big war to take out their biggest enemy to give them all the power they currently have. Nobody thinks they are a great country, but if you just take aggressive sanctions and then hope that somehow that will work, it didn't work in North Korea and it didn't work for 50 years of embargo on Cuba. We need to be realistic.

ELIZABETH MACDONALD: They have worked. The Iranian economy is in trouble, millions of Iranians don't like what the regime is doing there is food shortages and inflation.

BRUCE JAPSEN: Netanyahu didn't outline what he wanted to do. We need to continue negotiations and inspections; you can't take away the bomb making capability that they already have.

MIKE OZANIAN: Netanyahu is saying I want America too have my back, it's too late for sanctions. We have to focus on building up our military.

BILL BALDWIN: Netanyahu pointed out something useful, Iran is the major exporter of terror in the world and they are about to acquire nuclear weaponry. I agree with OZ, it's too late for sanctions.

AUSTAN GOOLSBEE: If people who engage in misconduct - we shouldn't be protecting their job. But we have a civil service in this country because of patronage wars.

MIKE OZANIAN: Making it easier to fire these employees isn't going to help, because they are just going to get replaced. The only thing that is going to help is shrinking the budget and their power. This is the only way to handle this.

STEVE FORBES: It's not a choice between no firings and wholesale firings. Ultimately the answer is- a smaller government. There are a lot of departments you can easily do away with and not notice.

AUSTAN GOOLSBEE: This sounds like a Republican plot to undermine support for the minimum wage!

BRUCE JAPSEN: I think if you did pay criminals behind bars a fair wage, maybe you could tie it to restitution- they have loved ones or child support they need to pay.

STEVE FORBES: This is an absolute joke. When you get convicted of a crime, you forfeit many of your rights. The Constitution says if you commit a crime, you're not getting a minimum wage-you give these rights up.

JOHN TAMNY: I don't think there is too much of a story. If you look throughout history, government always sets rules that are hard to abide by and that people break all the time. This is just the latest example of it.

RICH KARLGAARD: The argument the lawyers should have made is that if you are detained but not indicted the question is- does the government owe you compensation for lost wages.