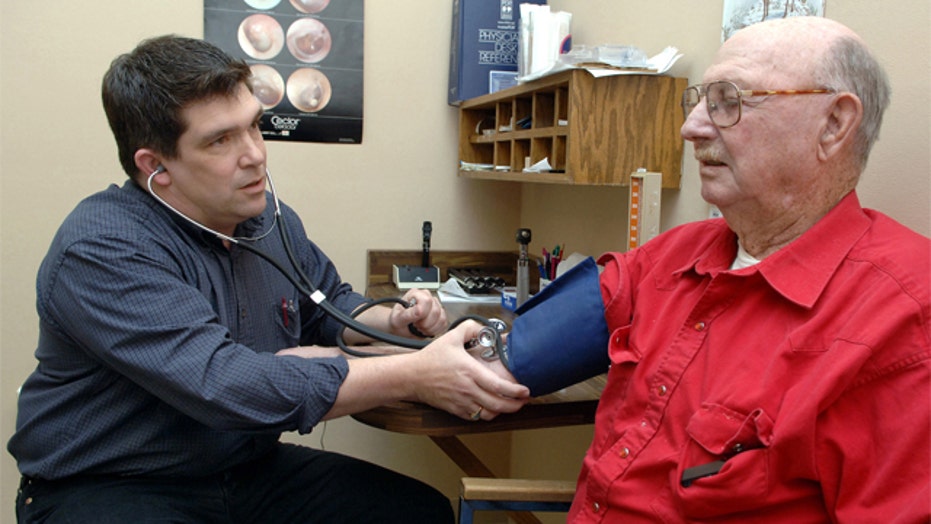 Should the private sector fix health care in America?

SOME DEMOCRATS PUSHING THE WHITE HOUSE TO NAME AN OBAMACARE "CEO"

DAGEN MCDOWELL: It would be amazing if someone could manage this complicated project and actually hold people accountable when they screw up. This won't happen because it would tip the hat of the White House and they'd have to admit failure, but would it help fix this problem? Absolutely.

CHARLIE GASPARINO: One of the things about fixing the problem is that this gets put into work and doesn't work. The problem is ObamaCare doesn't pay for itself; even if you get someone to put it together and get people to sign up, it still won't work.

BEN STEIN: At this point it is such a complicated project, what's the point of having a CEO? A CEO in a huge corporation gets a lot of money. A CEO for ObamaCare just gets yelled at. I think it's a political idea to try to put in one more level of bureaucracy, I don't think it will help, but good luck. At this point they need to try anything.

ADAM LASHINSKY: Ben, your comment is a sad one, that no good executive would want this job because they couldn't make enough money. Some people as you know, like the idea of serving their country. So I think the idea of having somebody run the whole thing is a very good idea, it's definitely worth trying.

CHARLIE GASPARINO: There is really good economic research that, particularly when you raise the minimum wage from where it is now, it does cost jobs. In Washington State, they are raising it to something like $15 an hour. Businesses are going to start cutting jobs. It's insane.

DAGEN MCDOWELL: The irony is people on the left want these unemployment benefits extended to 1.3 million Americans in the New Year, but at the same time they want the minimum wage raised. So what do you want? You should encourage job creation or raise the minimum wage, because again, it's going on the margin, it is going to hurt creation of those kinds of entry-level jobs.

BEN STEIN: Well, it is the right thing to do, because the minimum wage is comically low. You can't support a single person on minimum wage, however, there's a minimum wage for a reason: the low skilled people, the young people, the people who can't do anything else, go into those jobs.

ADAM LASHINSKY: The studies show what the studies show, but the fact is this is a political system. You can pay for these people one way, Charles, or pay for them another way. We get to decide as a society what we think minimum levels of comfort are.

CHARLIE GASPARINO: Well, New York over the last 20 years has had progressive right of center mayors like Rudy Giuliani and Mike Bloomberg who did great things. This city was heading to Detroit and then came Rudy and then came Mayor Bloomberg. This guy's policies are essentially what got us in trouble the first time. I will say this, here's why you have to worry about comrade Bill de Blasio. His campaign was built on a lie.

DAGEN MCDOWELL: The mayor's impact will be felt in the biggest way how he handles the union contracts, there are about 150 bargaining units, about 300 employees. If they have them over the barrel it will be felt.

ADAM LASHINSKY: Number one, Bill de Blasio is not abandoning capitalism. Number two, taxes are part of capitalism, always have been, and always will be.