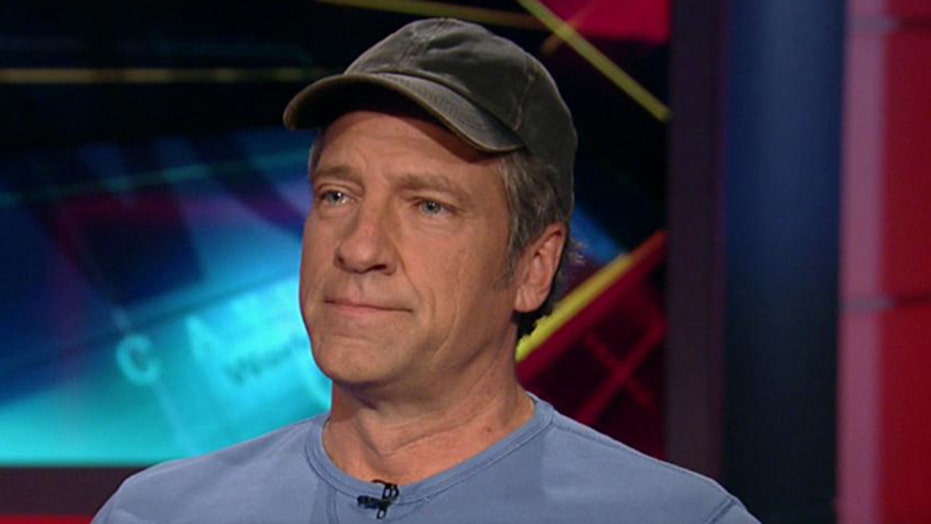 Should Mike Rowe have to defend his Walmart ad?

Star hit with wave of criticism for spot

CHARLES PAYNE: I think the people that criticize Walmart are people who haven't created jobs. I think for them Walmart represents capitalism and free markets. It's a different sort of hatred out there. How could you not like this company? Already before this plan, millions of small businesses sold products through Walmart. They've created not just millions of jobs indirectly. They've created so many opportunities for so many Americans.

DAGEN MCDOWELL: Most people know that their lives are better because they can shop at a Walmart and Walmart has, when it truly is criticized about something, they have tried to fix it, in terms of health insurance, in terms of buying locally. People know this is just unions and they haven't been able to unionize.

ADAM LASHINSKY: A lot of things could happen tomorrow, you are in La-La-land on what they are talking about here. The people whose businesses were put out of business by Walmart are angry at Walmart.

CHARLIE GASPARINO: The unions, I'm say it again, I'm a union guy, I'm all for organizing.

BEN STEIN: It's very funny the people who are demonstrating against Walmart are not people who have been put out of business. They're college kids; they're professional complainers and whiners. I shop in Beverly Hills. They shop at Chanel and Ralph Lauren; those stores get aid from foreign countries, too. Walmart is doing a hell of a better job than the high end stores or mom and pop stores.

TOP SENATE DEMOCRAT: GIVE $500 TO ALL U.S. NEWBORNS

CHARLES PAYNE: All right at 10 percent, 20 years later that's about $3,300 bucks. That won't get you a semester community college. This is disingenuous.

BEN STEIN: Charles is red hot. This is reminiscent of the late George McGovern had in 1992 the so-called demo grant; he was going to give each person in America $1,000. People should have to work for their money.

CHARLIE GASPARINO: I'm trying to take this serious, it's hard because it's so stupid but let's try to take it seriously. Let's say you give everybody $500? Where are they going invest it? The stock market? In the bank? If you put it in bank, the FED keeps lower the interest rate and printing money, you will get zero.

DAGEN MCDOWELL: With all spending, you know it will not stay at $500. It will go up and up and no 18 to 21-year-old will get their hands on this.

ADAM LASHINSKY: That is precisely the idea. I will remind Ben Stein why this is not just a silly idea, because Ben is the one that said rather than create ObamaCare, we should give poor people a check to pay for their medical care.

COLLEGE ATHLETES PUSHING TO UNIONIZE WITH BACKING FROM BIG LABOR

BEN STEIN: This is a publicity stunt play. I don't know whether it will go anywhere. It involves a tiny number of people. The thing that worries me is if the unions decide they want to organize the university students themselves the way they do in some European countries. Then we have the people of the United States, the cab driver paying the drug-using university student. That's what scares me.

DAGEN MCDOWELL: This union is saying it's not going after pay initially. It's to make sure that their tuition and all their expenses are covered, and that their health is taken care of. These students are not employees, number one. Playing a college sport is voluntary and this only deals with private universities. The way this is playing out doesn't make sense and doesn't look like it would fly, but you never know.

CHARLES PAYNE: They had two giant losses. The UAW defeat in Tennessee was huge, that was really huge. A lot of people thought they would have won that. In 2012, some grad assistants were going to unionize at the University of Michigan; they voted that down. It's extraordinarily desperate.

CHARLIE GASPARINO: College sports are a business. If you're working at a business, why can't you organize and get some of that money?

ADAM LASHINSKY: There's plenty of precedent for unions supporting other unions. This is a group of workers who have been exploited for a long time. It's a pretty good idea of the unions.