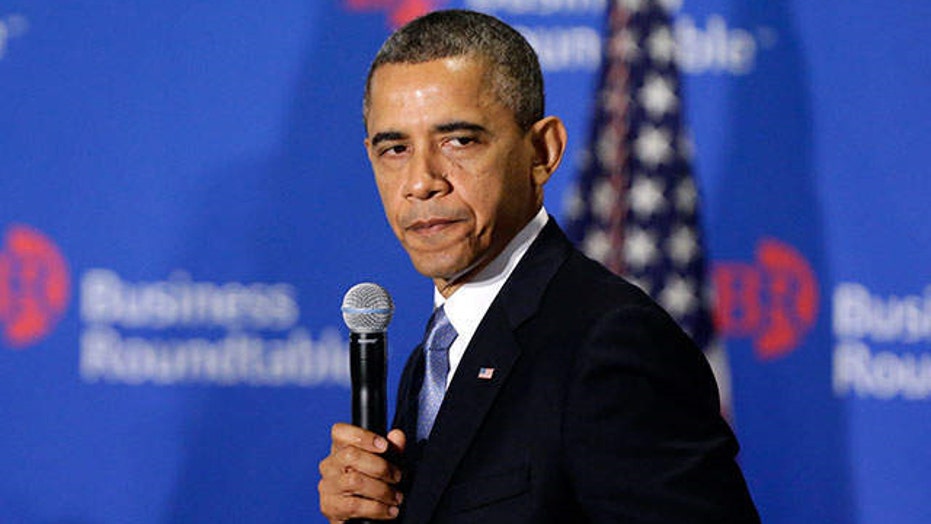 Time to get America's financial house in order?

PRESIDENT OBAMA SAYS WHEN IT COMES TO VOTING TO RAISE THE DEBT CIELING, "THE AVERAGE PERSON THINKS RAISING THE DEBT CEILING MUST MEAN THAT WE'RE RUNNING UP OUR OWN DEBT"

JOHN LAYFIELD: The argument that the President is making is preposterous. This isn't just President Obama, since 2000, Republicans and Democrats both contributed to the debt. The debt was $5.6 trillion in 2000; it is almost three times that right now. We are the richest nation in the world and we are on a path that is unsustainable. They have to rein in their spending just like we Americans have to do in our personal spending.

JONAS MAX FERRIS: In a recession the government needs to spend more money and borrow money. Then when people do the opposite and get enthusiastic about the economy, that is when the government should do the opposite and start to shrink their deficit and to be a counter balance to the natural cyclicality in the economy. Unfortunately, I don't see that happening any time soon.

GARY B. SMITH: What the debt limit does do is pay for the bills already signed. The problem is that both parts of Congress are responsible. It is that assumption that the debt limit is going to keep being raised that contributes to the spending. What we need to do is clamp down on the debt limit, stop increasing it, and have a balanced budget.

TRACY BYRNES: Increasing government spending is not going to help us at the end of the day. Obamacare is the problem because no one is hiring and therefore we are not bringing in revenue. It's so simple, yet they don't get it.

DAVID MERCER: One thing a family knows is that if they don't pay their credit cards, they lose that credit card or get a lower rating. Congress authorized the spending that is going on. We need the full faith and credit of the United States to remain intact. We need to pay our bills. The raising of the debt ceiling does not add a dime to spending; it only authorizes what has already been signed into law by bills in Congress appropriating those funds.

TRACY BYRNES: We should have this by now to help gas prices and to help our national security issue. We are going to continue to see this uncertainty and unrest in gas prices until we become independent and do it ourselves.

JOHN LAYFIELD: We are the only developed country that does not have a national energy plan. This is not being approved because we have no national plan whatsoever. The whole thing is a debacle and the Keystone pipeline is a prime example of this.

GARY B. SMITH: Gas prices will go down with the approval of the Keystone pipeline. Putting more oil on the market will bring down gas prices and create jobs.

DAVID MERCER: The Keystone pipeline is not key to bringing gas prices down. The oil would not come into the world market until about 2020, and the impact on gas prices would be minuscule, if at all. I don't think Keystone is the key to energy independence. In fact, we would be exporting that oil. That might even create higher oil prices in the Middle East.

JONAS MAX FERRIS: We are not going to get below $3.00 in gasoline unless there is a huge recession somewhere ever again. I'm all for pipelines, but it is not a factor in what makes prices go up and down. Oil is a commodity that is a finite product we can't make more of it.

GARY B. SMITH: This is invading kids' privacy and invading their liberty. Nobody likes bullying, but is it not the government's responsibility to stop it. It starts with the parents and peer pressure. If the government becomes a part of this it will be the government run amuck, I'm against that.

TRACY BYRNES: This California School hired an outside firm; it is not necessarily the government. We are in uncharted territory with our kids; I would want all the help I can get. You can only scan and sneak on their phones so much. Bullying is awful. I would do anything to help a kid get out of it.

JONAS MAX FERRIS: This is their job at school. They have done a terrible job stopping bullying for decades. It has only gotten worse with social media. This is a definitely a better use of money than schools that are hiring extra police for a one in a million chance of a school shooting.

DAVID MERCER: I think that we do need an environment that is safe and secure and does not include bullying. I am not sure that crossing the line of invading privacy is the way to go. We need to find a balance between protecting the students and protecting privacy as well.