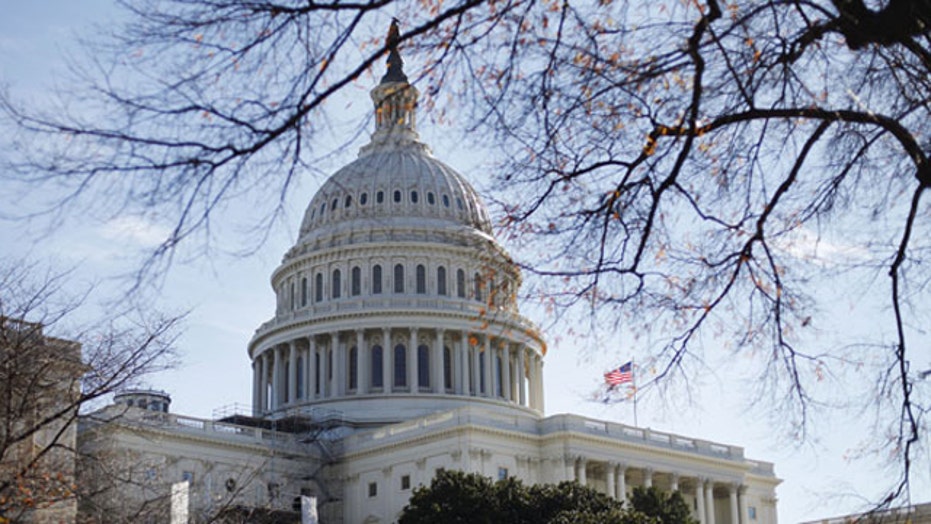 IN FOCUS: The Federal deficit is improving while retail sales are growing

ELIZABETH MACDONALD: The biggest squawkers have found ways to not furlough and stop the furloughs. Transportation, justice, education, pentagon, instead what they did was cut. Even the government's biggest union found ways to cut the fat and not lay off people. When the pentagon is doing war exercises because our debt is so big, and warning that our debt is a threat to national security, when the President has added $5 trillion on his watch, when the bond market is saying 'our interest rates will go up if we continue to add to the debt, we have to do this now.

RICK UNGAR: The results of the sequester aren't as bad as we thought, and that's great. There's one area I'm concerned about, there are headlines out this week pointing out what the sequester is doing to our national science investment, they say we are heading into the American dark ages of science, that's a shame; we should keep our eye on that.

MORGAN BRENNAN: It wasn't as bad, that's great news but we should proceed with caution because it still has been a drag on economic growth and it's likely we are going to see another round of sequester going over its legal spending limit later this year. We need to be smart in how we cut our spending, we need to target and there needs to be reforms. The area that needs it most is in entitlements and healthcare.

STEVE FORBES: No, it stimulates the economy, that's one reason why we are going to get growth this year. Where does the government get the money to spend? It gets it from taxing, printing, or borrowing money, which is another form of taxation. By leaving more resources in the hands of people to use it productively, we all benefit from it. This is where less government is more for the rest of us.

SABRINA SCHAEFFER: We can cut from entitlement spending, but there is plenty more programs where we can cut from too. Obesity rates are down, so let's nixed the USDA and the CDC anti-obesity program, let's get rid of those Obama-phones, many are given to people who cannot demonstrate that they need a phone. What about the $20 billion in farm subsidies, most of which are going to large healthy farmers. There are so many places where we can cut from the budget, I'm sure everyone here has their pet project that they would like to axe.

JOHN TAMNY: This is basic economics, when government is consuming less in the way of capital; it's released to the private sector where it goes into real production. We may want to get it off the deficit and talk about the raging forest fire which is the size of government. What that represents is Microsoft's and Intel's that will never be created. Cancer and heart disease cures that you will never see and transportation innovations that you will never see happen. Cut government spending because we want the economy to grow because we want more things and more liberty too.

STEVE FORBES: Yes, for a normal President, this would be true. This president, for his own ideological reasons will try and come up with a new way to delay the thing. I'd rather have oil coming through pipelines than on trains and if investors are willing to finance it, go for it. It's good for us, less oil from Venezuela, good all around.

RICK UNGAR: What that report is really talking about is carbon pollution, and what they said is correct. If we don't have the pipeline, we will have the same amount of carbon pollution as a result of Venezuela. There is much more important pollution in my mind, and that's what it does to the ground waters. We shouldn't be debating this, we should be asking the people who live along the proposed pipeline route and ask what they think.

JOHN TAMNY: I want to go back to an old Steve Forbes fact and comment about environmentalism and worries of global warming, calling it a massive human delusion. I would throw in that it is an arrogant delusion also. If you want to fix the environment, the best way to do it is to grow the economy. If the private sector wants this, it will lead to a healthier economy. Healthy economies are the ones that have the best environments.

MORGAN BRENNAN: I think he has been putting out a lot of mixed messages here. If the president really wanted to pick a bone with the keystone pipeline then an argument he can make is that it would drive up prices as infrastructure makes the price of WTI go through the roof which we are already starting to see. This oil will leave those sands one way or another, this will create jobs, and we have already seen the southern length of the pipeline create 4,000 construction jobs. These are construction jobs in the industries that haven't been seeing work, unlike the residential construction side.

ELIZABETH MACDONALD: He is totally wrong. I'm annoyed with the noise pollution coming from the president. It won't raise prices, it will lower them. Even the president's own energy department has said that 167,000 jobs have been created in oil and natural gas since 2007, not the 50 he is talking about. Why is it that government spending always has a multiplier effect and not private sector growth having a multiplier effect? The multiplier effect is in restaurants, health services, oil and natural gas services will prop up around this industry.

SABRINA SCHAEFFER: I am fired up, the only reason we haven't seen this pipeline come into fruition yet is because this is a president who is trying to appease the very far left of his democratic base. This has nothing to do with whether this is environmentally safe, whether it will create jobs; we know it will create thousands of jobs, let alone the trickle down jobs that will come from this. No wonder the people of Nebraska are enthusiastic about this.

STEVE FORBES: The reason for the merger is to make sure that these two airlines survive; American Airlines is already in bankruptcy trying to emerge from it, they would have a combined share of only 25 percent. The real reason the government is opposing this is because Reagan airport, there would be a huge domination by the two, and that's where the people from the Justice department go. They allowed the United/Continental merger they urged the Delta/Northwest merge, but this they get antsy. It's pure politics.

RICK UNGAR: We are seeing some negative results from these mergers; prices go up, convenience goes down, schedules are getting worse. I agree with the justice department, this one is too big.

ELIZABETH MADONALD: There is a reason why there is cabin pressure on these stocks; they aren't in the upright position because they lost $58 billion in the last decade. I'm worried about the lack of competition because 47 percent of the time airfares went up, when you have consolidation, prices do go up. You see it in the telecom industry and in other industries.

SABRINA SCHAEFFER: The airlines have been unprofitable for about a decade now, losing about $58 million. They don't have much of a choice. If we want to see things get better, we need to see healthy companies.

INFORMER: Stocks ready to "take off" for the rest of the year