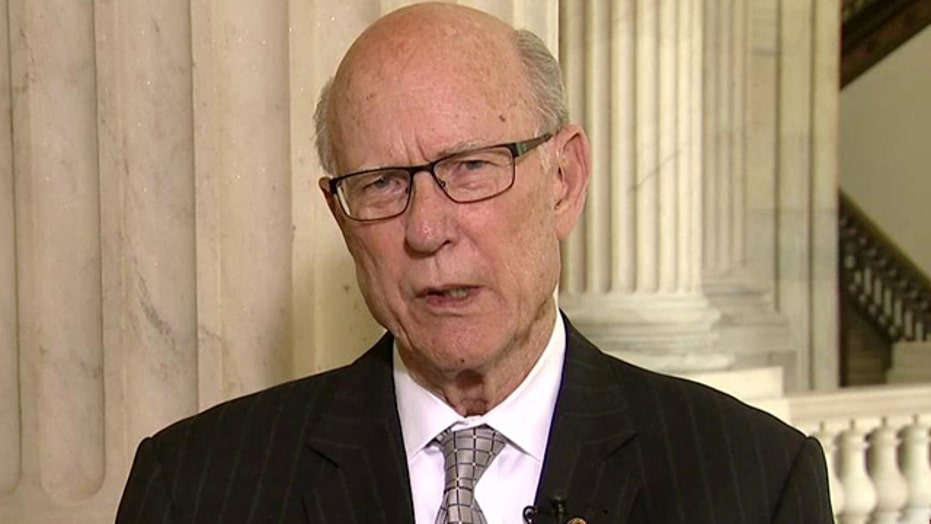 This is a rush transcript from "Your World," April 17, 2015. This copy may not be in its final form and may be updated.

NEIL CAVUTO, HOST: The president making it clear he wants that Iran bill delivered clean, and says he has been promised no amendments will muck it up.

To Republican Kansas Senator Pat Roberts on whether he's complying with that.

Are you? Do you think the president will get a clean measure?

Let me emphasize that one person's poison bill is probably another person's chocolate drop out of necessity. But the big one was that the -- he had to monitor Iran and make sure that they were not exporting any terrorism. That would have been a big thing to Israel, but they took that out.

CAVUTO: All right, now, a number of Democrats are on board with this. And I'm just wondering, if it doesn't meet muster with him, and he goes ahead and vetoes it, he would have a lot of ticked-off Democrats as well. This could get nasty, couldn't it?

ROBERTS: Well, it could get nasty.

But we have the votes to override. And he knows that. And so I expect this to go on past June 30. That's the deadline. Then we have -- I think he has six days to present it to the Congress. We then have 30 to really take a hard look at it and then we vote it up or down.

Perhaps it won't come to that, but right now he knows that we have the votes to override his veto.

CAVUTO: All right, you're a good sport about this. I know you have been in the press with this phone call disruption.

A lot of folks didn't see it yet at a hearing yesterday.

CAVUTO: For those who didn't get that opportunity, here is that magnificent moment, Senator.

UNIDENTIFIED MALE: As well as on the geographic preferences.

CAVUTO: I think you handled that very well. But my next question is, why the theme from "Frozen"?

ROBERTS: This is -- it's amazing what people do with regards to what the grandchildren want.

I do have another one, Neil.

ROBERTS: It's from Johnny Cash, "I Walk the Line."

CAVUTO: Senator, you have a great sense of humor and you apparently have some great grandkids. I appreciate it.

ROBERTS: That's for sure.

ROBERTS: Thank you. Appreciate it.

CAVUTO: Now we just have to let it go, Senator.