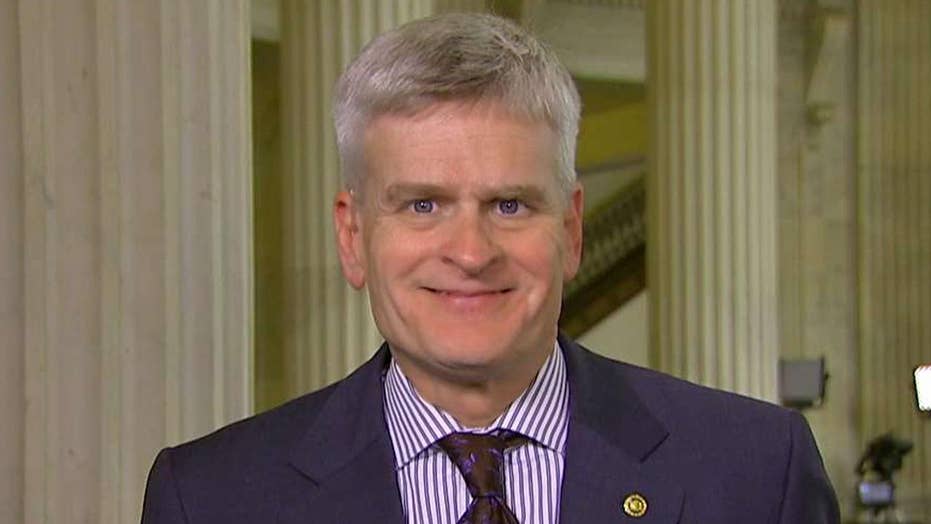 This is a rush transcript from "Your World," July 12, 2017. This copy may not be in its final form and may be updated.

NEIL CAVUTO, HOST: I want to bring up Bill Cassidy into this, the Republican senator from the beautiful state of Louisiana.

Senator, we know, tomorrow, we're going to get or the Senate will give its plan or push forward with all the amendments that will come, maybe 100 or more. How do you think this is all going to go? Are you set or confident that a vote that comes presumably next week is a yea vote for this?

SEN. BILL CASSIDY, R-LOUISIANA: I'm not confident. I haven't seen the language yet.

Until you see the language, you don't know what you're voting on. I think we all feel that way. There's some predisposed to yes. But there's other predisposed to no.

Where it comes down is where the bill comes out.

CAVUTO: Do you worry, with all these other distractions, particularly with-- you have heard maybe some of those questions at the press conference that was itself delayed and the audio we heard, that all of this brouhaha over who knew what and said what to whom regarding the Russians, what have you, distracts from what you want to do and get this health care thing done, tax cuts done, et cetera?

CASSIDY: It hasn't distracted me at all.

In fact, I go home. My wife, kind of we talk. And she tells me what's going on. I read about Donald Jr. My staff then tells me as we walk up what is the latest. But I have been so totally focused on health care, trying to get a conclusion through, trying to get a replacement through that actually does something good for the American people.

It's not distracted me and not the people I'm working with.

CAVUTO: So how do you feel about Donald Trump Jr. and having this meeting with this Russian entity?

CASSIDY: So, I think it depends on whether Donald Trump Jr. is either totally clueless or whether he's clued in.

And maybe your perspective is that he was one or the other. Or you might have the perspective it doesn't matter, it was wrong.

But could he be totally clueless? I think that's plausible.

CAVUTO: Is that OK if it's not illegal?

CASSIDY: That's not up for me to decide. If it's not illegal, it's up for the voters to decide. And how much do they connect Donald Jr. with Donald Sr. or with, frankly, members of the Congress? That's going to be for the voter.

CAVUTO: All right, are you disappointed?

CASSIDY: I have not followed it.

Again, if he was clueless, I give him a mulligan.

CAVUTO: If he was clued in, that's concerning. But having not followed it, not known the fellow, never having met him, I withhold judgment.

CAVUTO: Senator, one of the things that they're going to raise with this health care plan, we're told, is that it will keep intact taxes on the upper income, the 3.8 percent surtax on investment income for who earn more than $200,000, $250,000 for couples, the same with the Medicare surtax on the same group of people. That's about 0.9 percent now.

Are you OK with that?

CASSIDY: I have always said that if you try to do and tax reform and health care reform at the same time, you get neither accomplished.

I think it's important to get both accomplished. My position is that we should do health care reform first and then we do tax reform. So, we can get rid of those taxes, but we should do it as part of comprehensive tax reform, because so far we have not been able to do both at once.

CAVUTO: All right, but on the health care thing, if they're included in that to sort of provide more money, I guess it would up to half-a-trillion dollars over 10 years now, if you throw in the added deficit reductions you get with the Senate plan vs. the House plan, this could win over some reluctant senators, I guess, for opioid research and payments and the like.

Would that be enough to get 10 Republicans we're told who are not keen on what they heard about the Republican measure down to no more than two?

CASSIDY: Neil, until you see the bill, you don't know. We're speaking hypotheticals.

CASSIDY: And so the language comes out tomorrow. The CBO score comes out next week.

On the other hand, if it's plausible that the states will have the dollars they need to take care of the patients in their particular state, that will win a lot of votes.

CAVUTO: Senator, thank you very much. I know you have a pressed schedule. We do appreciate you taking the time, Senator Cassidy.