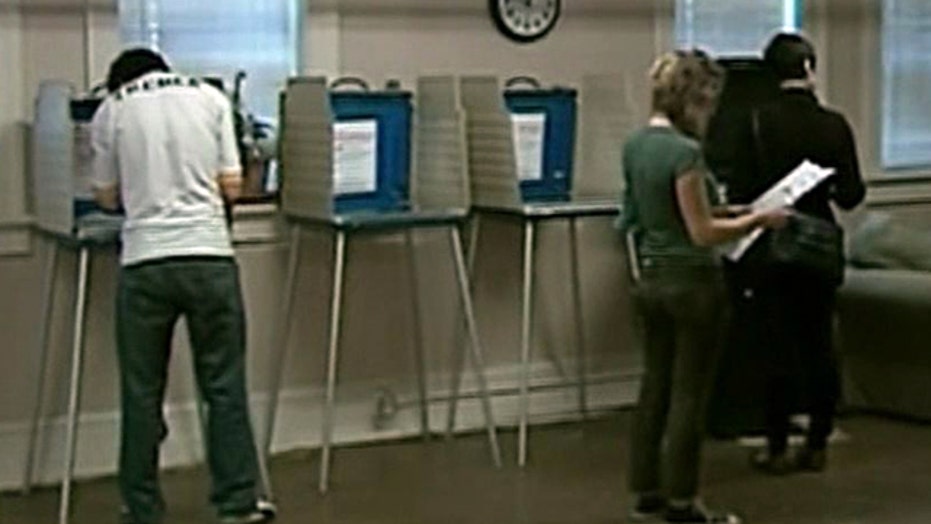 CHARLES PAYNE: I think it (government disapproval]) will halt a big government agenda. Trust is the cornerstone of everything. Trust is the cornerstone of any kind of success-business, family, marriage, government. You've got to believe in a government. Young people particularly believed in this president. You know...inadequate answers for NSA, IRS, and Benghazi. And now the idea that you use these organizations as political tools? It's amazing. So I think there's a lot of optimism on Wall Street and other places that maybe this will put the kibosh on some of these anti-business things that the President is pushing through.

DAGEN MCDOWELL: I have no expectation of privacy online, but we have an entire generation of people who are growing up using social media. And I think that they are utterly shocked by this National Security Agency collection of phone records in a way that older generations are not. I think that if you have people reacting that way to bigger government that will ultimately be a good thing because maybe those people in Washington will be forced to shrink it. I don't think young people think the government will be there for them when they're retired, like in the form of Social Security.

GARY KALTBAUM: And just remember a campaigner Obama came out and said that he wasn't going to do what George W. Bush was doing as far as wire-tapping. And all of a sudden, he's taking it to the 100th power, and this is all news. This was done undercover. Nobody knew about it. Now, all of a sudden, boom. The poll numbers come out, they're way down, and I want to see that because I want less government. And the good news is I think this bucks up Republicans to maybe fight a little harder against him. Poll numbers do matter.

JULIE ROGINSKY: I think this has gone to a completely absurd extreme, and I was very vocal about the fact that Democrats who trashed George W. Bush for doing it are hypocrites. Now, they're not going to trash Obama for doing the same thing. At the end of the day, I think there is no expectation of privacy. There shouldn't be. Those of us who were against the Patriot Act 10 years ago were fearful of this happening.

GARY KALTBAUM: That 20 cents (rise in gas prices in 2013) is equal to about $28 billion out of the consumers' pockets and out of the economy, so it matters a lot. The bottom line is that I'm a big believer in psychology of the markets. If the President comes out and does something about this and goes after the Shale-by the way, there's about a trillion barrels there, the psychology of the markets change, prices come down, and everybody's happy.

DAGEN MCDOWELL: We're already getting Shale oil. We had the biggest increase in the world last year in oil production in this country-more than a million barrels a day added in oil production in the United States because of Shale oil. We do need more pipelines. That's one of the reasons that you have not seen this translate into a decrease in gas prices, in part because you need the infrastructure. You need the pipelines from the oil fields to the refineries.

CHARLES PAYNE: America has become accustomed to celebrating mediocrity. Let's face it. Under George Bush, $3.50 was the worst thing in the world. Under President Obama, it's great news. Oh, and by the way, a couple hundred thousand jobs, $3.50 gas.... All of that is mediocrity, but we celebrate it.

JULIE ROGINSKY: You guys are complaining that Obama wants to raise fuel standards, but actually, that's pretty good news for gas prices. That tank of gas will go a lot longer, and I think that's pretty good. I'm not somebody who's opposed to the Keystone Pipeline. I'm not knee-jerk about that, but we do know that it's not really going to affect the price of gas. We can sit here and pretend that it's going to be some massive panacea, that gas will go back to $1.50 a gallon, but it's not going to. It might marginally affect it a couple of cents.

GARY KALTBAUM: They're going into debt for students to go into debt. Until we change the cost, I don't think it gets better. Colleges are raising prices seven percent a year. It's an obscene amount, and until that changes, we're at a trillion dollars in debt. It's only going to get worse.

DAGEN MCDOWELL: Student loans and colleges are just like the housing market. Too much cheap and easy money to get from the government... these government back loans. And that's why tuition rates have skyrocketed over years. Hopefully, it changes. Maybe not.

JULIE ROGINSKY: I think they're going into debt so that students go into debt. I don't know what the solution is. I think it's obscene. These diploma mills are horrible, and they're basically gauging students. So a lot of these colleges need to be regulated a lot better because they're for-profit. They exist to make themselves rich, not to educate students.