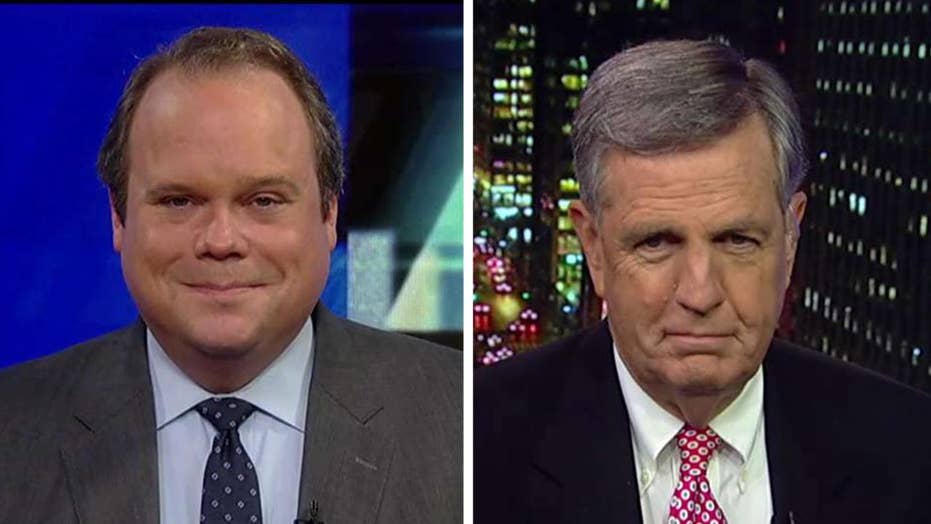 This is a rush transcript from "Special Report with Bret Baier," November 5, 2018. This copy may not be in its final form and may be updated.

BRET BAIER, ANCHOR: Let's bring in our panel a little early: Brit Hume, Fox News senior political analyst; Chris Stirewalt is politics editor here at Fox News, and Josh Kraushaar, political editor for National Journal, heavy hitters at this table when it comes to politics. Brit, how about this issue, where it stands, is it still lingering in the Republican electorate?

BRIT HUME, FOX NEWS: I think it's lingering. I'm not sure it's as powerful as it once was about three and a half weeks ago, but it such a big deal at the time, and I think it galvanized Republicans to an extent that no issue probably could have. It was from a purely political standpoint, it was a godsend because we had kind of a slumbering electorate on the Republican side and a very animated and fired up electorate on the Democratic side and this helped redress that balance for the Republicans at least to some extent. It may have ebbed somewhat at this stage, but I don't think anybody has forgotten.

And of course since these people who thought, what can I do? You can vote in the midterms, started thinking about that, what have they heard about? The midterms to the point where they may be tired of that.

BAIER: There hasn't been a lot of coverage on this Grassley report and all of this detail that has come out on other channels that I've seen. Chris, here's Bill Haslam, governor of Tennessee, talking about this factor.

GOV. BILL HASLAM, R-TENN.: Tennessee is one of those states where the Kavanaugh hearings did change things. People realized it really doesn't matter what you are saying. The color of the jersey you're wearing up there is really important. And I'm not -- I don't know exactly, but I think the Kavanaugh hearings had a five or six-point swing in Tennessee.

CHRIS STIREWALT, FOX NEWS: The timing could not have been more fortuitous for Republicans when it happened because it happened right at the coming home moment. There is a time in every cycle where partisans say, OK, I was thinking of maybe going the other way or maybe I was going to sit this one out. And it just so happened that the Democrats chose this totally disastrous strategy, this impossibly bad strategy for dealing with Kavanaugh, that they chose to implement it at exactly the same moment when that second grade of voters -- that second grid was sorting itself out, and it brought all those Republicans in and kept them close.

Brit is 100 percent right. There have been a lot of intervening events since then, particularly the single largest anti-Semitic attack in American history at that Pittsburgh synagogue that changed the discussion in this country about a lot of things. But yes, Kavanaugh helped Republicans enormously.

JOSH KRAUSHAAR, NATIONAL JOURNAL: One of the biggest political consequences of the Kavanaugh fight is that it united the Trump wing of the Republican Party with the establishment, the Bush wing of the Republican Party. And that united the party, it energized it going into the midterm elections. But the contrast between that and the immigration fight, the discussion over the caravan which more animates the cultural conservative wing of the party, that shows the difference between the two battles. It was uniting fight over Kavanaugh, Republicans united from all stripes of the party to fight for the justice and get him confirmed. The immigration issue is one that rallies the Republican base but it alienates some of the more softer suburban folks.

HUME: Right. And his last two tweets that I saw as of late this afternoon were both about the economy. So if that's the advice he's been getting from people he listens to, he seems now to be taking it. And of course we did have kind of an intervening event, which is that blow out jobs report that came out just the other day which underscores the fact that the economy really is at full employment and operating on all cylinders at this moment, which should help Republicans.

Although it must be acknowledged, I think, Bret, I think we all around this table agree that dissatisfaction seems to be a more powerful voting motive than satisfaction. So there may be a limit to the amount of mileage you can get in this kind of an election out of voters satisfaction with the economy.

BAIER: And the filter is not there when he's on the stump, and he just says I can only talk about this for four minutes. It's great, but I got to move on.

STIREWALT: But I've got to move on and talk about the caravan. The president's strategies, the places he's gone, tells me something. The White House doesn't expect to hold the House. And where they're going seems to be focused on firing up voters in states where he can keep the Senate, to really build a firewall in the Senate so he can try to do that. And in places like Missouri, in places like Montana, do you know what works? Talking about immigration, the same kind of rhetoric that made those voters fall for Trump the first time, they like it again. And he's bringing back that old time religion in those red states.

BAIER: I've got to run. Thank you, gentlemen. I appreciate it.