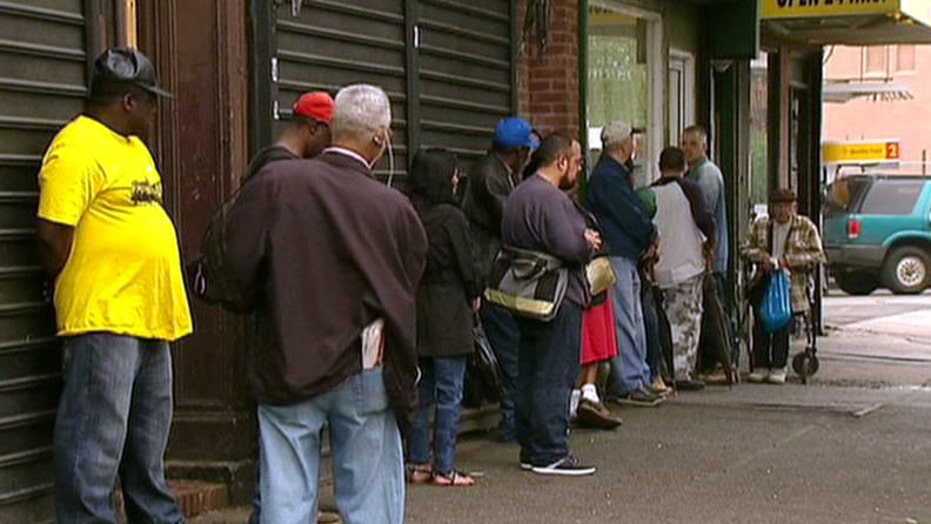 TRACY BYRNES: I think everything that happened with the cliff is going to hurt lower income people in general, but charitable contributions in particular, Cheryl, because look- the threshold on the limitation for itemized deductions was lowered; that means more people are not going to be able to deduct things on their schedule A. Charitable contributions fall under your schedule A. Charitable contributions have been hurt because of the recession to begin with. People have pulled back, and now-look, I get we are a charitable nation. I get we're philanthropic, but at the end of the day, you're kind of looking for that deduction. And if you're not getting it, you might not be writing the extra check at the end of the day.

WAYNE ROGERS: I think what is ignored in all of this is the result of charitable giving. People who want to give, people who feel that they have obligation to the society to give, are not encouraged by this. And the result of what charities do is a substitute for having the government doing it. And for god sake, we all know that a private individual or a private organization that is devoted to charity is a much more efficient way to give money to the people who are disadvantaged-- the poor, or sick, or whatever-- than the federal government. Therefore, that's the real problem with this: It cuts out those people who would want to do something, who do it best.

JONATHAN HOENIG: I think the number is actually probably more. There is no question in my mind that the so-called "deal" for the fiscal cliff-- it hurts the poor. I don't think it hurts the poor because it gets rid of charitable deductions, however. I think it hurts the poor because they raised taxes. 77 percent of households are going to see their tax bill go up. Now, especially the rich are going to get hit. But it means that everyone has not only less money to give, but also less money to invest. I don't think people give to charity because they want a tax deduction. I think they give to charity because they get something out of it. And unfortunately higher taxes hurts the rich, but hurts everyone: people who would invest to create more wealth, or people who would give it away to help those in need.

MARGIE OMERO: I don't think so. A few things are true. First, middle class voters and middle class people are actually more likely to give a larger share of their income to charity and that's not going to change as a result of this tweak with the cap for higher income folks. Also, we're seeing strong jobs numbers, strong jobs numbers that happened during the month of all these fiscal cliff negotiation. Almost three years of straight private sector job growth. And as we move out of this recession, as we've had economic job growth, that's going to give more people more money to give to charity. And that's what we're going to see, that bounce back more than what some nonprofit outlets have been calling a hair cut in the cap. And remember what the alternatives were, too? The alternative was to extend the bush tax cuts which arguably really threw us into economic crisis before to have a sequester cut that we have tabled now for a couple of months that would have cut food for hungry children, and those people would have needed more resources.

JONATHAN LAYFIELD: Stop with the ridiculous talking points-we've had two years of those. These Bush tax cuts, if they're so bad, and you railed on them for eleven years, why did you extend them permanently? It's ridiculous to blame those tax cuts for the deficit and then extend them permanently, except for just on a small margin of upper income earners. We're talking about charitable deductions here. We have 7 billion out of about 300 billion that are given totally nationwide. About 217 billion are from private individuals. I don't think we will see a huge precipitous drop in donations, because people want to help. I was sitting at Robinhood-- probably the greatest charity in the world- right after the financial crisis, saw tens of millions of dollars given by these evil guys, like Jonathan Hoenig, these hedge fund managers and these finance guys, for one of the greatest charities in the world. I think people are going to give. I think Americans love to give.

COLLEGES HELPING STUDENTS BURY BAD BEHAVIOR IN THEIR PAST: WILL THIS HELP BURY THE JOB MARKET IN THE FUTURE?

JONATHAN LAYFIELD: Of course I'm fine with this. Look, if this was a problem our producer Tony wouldn't have a job. He's got as many skeletons as I do, and I have a closet full of skeletons. It's like a cemetery right now. Look, if some kid is running across some beach naked down in Cancun, drinking flaming margaritas-- that's the kid I want to hire, instead of some nerd who stays home without any friends, studying for social security. These are kids; let them be kids.

MARGIE OMERO: We need to keep our young people competitive with kids in China and India, and if that means SEO to get your keg stand pictures just a little bit lower down the search results, then employers are going to have to rely on the tactics they used before those pictures were on Facebook all the time. I mean everyone has acted silly in college, it's just a matter of how easy that information has been to find.

JONATHAN HOENIG: This is the modern-day equivalent of fixing up your resume. Kids today, unfortunately many of them have they some Youtube moments, and they want to pretty up their picture before they go out into the real working world. I find nothing wrong with that. I think what's unfortunate is that they come out of college, most of them, at least in my experience, undereducated and well into debt. And it's nothing to do with what they're doing, but it has to do with the system that we've set up. It has to do with the government monopoly of the educational system, that encourages kids not to think, to evade the long-term reality of their consequences.

WAYNE ROGERS: Well there are all kinds of things like that, mistakes like that. Look, if you are relying on what you pick up on a Facebook, or on some internet thing, if you're relying on that to know if you are going to take the kid into college-the guy who's making that decision is the moron, not the person who's committing this. What comes to mind immediately is things like Bernie Madoff. What would you do about that? You'd bring up budding Bernie Madoff and say "Oh, we should have found out." Yes, you do the investigation, you do the homework. That's what you're supposed to before you let the kid in, and pox on you if you can't figure out if he is a bad or good kid.

AMERICA'S BEST DAYS AHEAD OF US? OR BEHIND US?

JONATHAN HOENIG: I think the ideas have shifted, Cheryl-that's ultimately the only thing that can make us prosperous. It's not like the water here is so different than it is in Pyongyang, North Korea, or Havana, Cuba. It's our commitment to freedom, to capitalism, to individual rights; that's what's always made this country the shining example of wealth creation. I have to say, I fear that that sense of life has changed. Capitalism is seen as evil now, nefarious. Freedom is seen as something that's to be curtailed. Until that shifts, I worry.

MARGIE OMERO: That's a real oversimplification, and not what the polling shows. Actually, a majority feel optimistic about themselves, personally- their own family. And that's true across demographic groups; it's true with democrats, and republicans, and independents. And younger people feel even more optimistic about their lives, and what's next for them, and what the future holds. And I really disagree that we have this caricature, or this sense now that capitalism is evil. People like to work and they feel better now about how the economy is going. We've had three years of job growth. Spending was up in December. So people are starting to feel better.

TRACY BYRNES: Households have done a really good job of getting their lives in order, so we're feeling good. What we're feeling really bad about is what the government is doing. I think Jonathan's right-it's kind of been demonized lately to be this cool entrepreneur. Job growth is anemic at best. Let's not kid ourselves here. And we want a world where our kids can grow up and be proud, and be the next Steve Jobs. I don't think it's gone; I don't think it's dead. But unfortunately, the headlines aren't that good these days.

WAYNE ROGERS: Well, I've already said it to my kids-they're going to have to get used to a different standard of living. We have lived in a great period of time in this country. And Jonathan's absolutely right, that's not going to continue. Al you've got to do is pick up the paper every day. For god sake, I read the New York Times just this last week-there's a professor at Georgetown University who wants to get rid of the constitution. Can you imagine? We've got people teaching in our schools that kind of garbage. You can't be having an education system that says get rid of the constitution, for god sake, and think that there's a future in the United States.

JONATHAN LAYFIELD: TransOcean has always been a great company. They're finally getting everything settled over the Gulf oil spill with BP and others. I think it's a good stock.

WAYNE ROGERS: Well I'm not for stuffing all my cash into a mattress, but I will tell you this: we're facing some political crises in the next two months. I would not make new investments.

JONATHAN HOENIG: The president is crowing about solving the debt crisis and the fiscal cliff. Meanwhile, Moody's is warning about our credit rating because we haven't cut the spending in half. DTYS goes up with 10 year yields, they're at April 2012 highs, and I think they go higher from here.