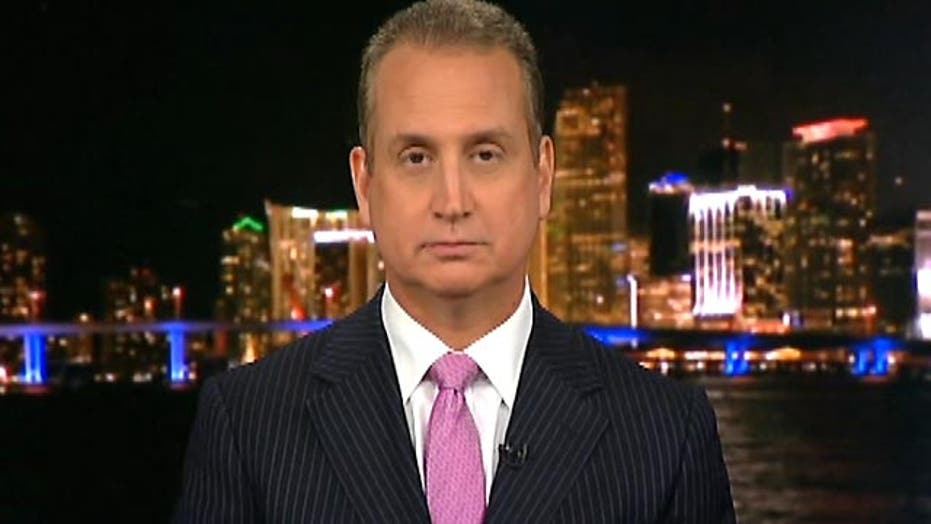 This is a rush transcript from "The Kelly File," December 17, 2014. This copy may not be in its final form and may be updated.

MARTHA MACCALLUM, HOST: My next guest is a Cuban-American congressman from Miami. Congressman Mario Diaz-Balart is a Republican and a member of the House Appropriations Committee. Congressman, welcome, sir. Very good to have you with us tonight.

MACCALLUM: What's your reaction to this deal today?

DIAZ-BALART: It's a sad day. What we have today is -- what we've seen today is the President of the United States, who really has become not only in this case but in other cases is the appeaser in chief. Once again, giving everything, the kitchen sink and everything else, to an anti-American state sponsor of terrorism and, frankly, getting very, very little in response. Now, they're saying that it wasn't a swap for Alan Gross and the three spies but what happened. President Obama gave the three spies and we got Alan Gross and one more individual. But to add insult to injury, then the president also gave further concessions. By the way, Martha, these are the things that the Castro regime has been pleading for, begging for, working for, for decades. They've been asking for this thing to happen. And the president has done so. And he got what in return?

Again, first, because remember, there's two separate issues here. There's the swap for an innocent American and then we gave up three spies and supposedly we might have another person that's coming. But on top of that, there are these incredible concessions that the Castro regime has always asked for and in return it's what? That the Red Cross is going to be able to go into Cuba and the U.N. is going to be able to go into Cuba. This is the same U.N. that six months ago was told that the Castro regime had sent the largest shipment of elicit arms to North Korea and they did nothing. They didn't respond. President Obama did respond by giving the Castro regime the largest concessions that any dictator has gotten in, frankly, a recent history.

MACCALLUM: Yes, I mean, it just raises so many question about the way that this was done. Why would the administration say, oh, you know, there's no connection between these two things and do them on the same day? I mean, it just doesn't make any sense. If they really wanted these things to be separate, Alan Gross and everybody in this country is so pleased for him and pleased for his family -- he was an innocent man, he deserved to be freed. But why not do that today and then, a month down the road, say, we're opening discussions and we're going to be very careful about how we approach this. We're glad Alan Gross is home. Why not do it judiciously if you don't want to be accused of having it be a swap one thing for the other?

You know, Senator Rubio said it very well when he said, this is the worst negotiator in the White House that we've ever had. He said in his lifetime. I think that's probably an understatement. President Obama once again has done everything in his power to appease an anti-American state sponsor of terrorism, getting very little in response. Now, Martha, let me tell you, there are more concessions coming. Mark my word. You're going to see that now, Obama. President Obama is going to take Cuba off of the list of states that sponsor terrorism not because they're not sponsors of terrorism, because even his administration recently put them back on the list but just because it's a further concession that they can give the Castro regime. This is a president that does not understand that weakness is not in the national security interest of the United States of America. It seems to be his pattern. It seems to be the only thing he knows how to do is give concessions to the enemies of freedom, to the enemies of the United States while at the same time if you're an ally of the United States, if your Israel, God forbid that you try to fight terrorism because then the United States, the president will jump on you then but not if you're an enemy.

MACCALLUM: The president said, they're going to look into the issues of terrorism and try to assess if there are threats that need to be addressed there. A lot of questions as you point out raised by this. Congressman Diaz-Balart, thank you very much for being here tonight, sir.