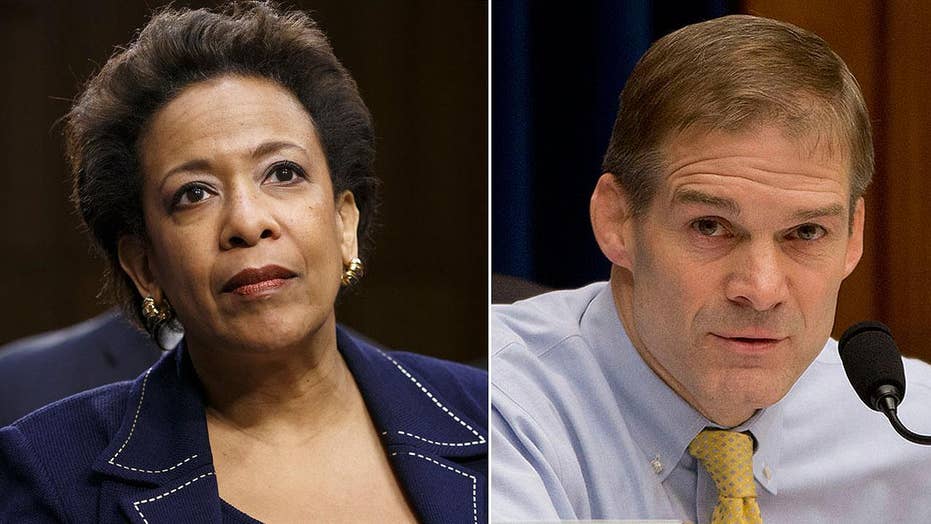 This is a rush transcript from "Your World," August 8, 2017. This copy may not be in its final form and may be updated.

Good to have you here, Congressman.

REP. JIM JORDAN, R-OHIO: Good to be with you.

REGAN: So, you would actually like to see a special prosecutor in this. You don't -- you don't like the idea Loretta Lynch was out there using an e-mail that wasn't actually her?

It is interesting, Trish, that the meeting took place with former President Clinton the day before the Benghazi select committee report was due to come out, two days before Secretary Clinton was to be interviewed by the FBI. And we're all supposed to believe this is coincidence, it just happened, and all they talked about was golf and grandkids?

I mean, no one buys that. That to me is a concern, and that is why we have called for a special counsel to look into this and a host of other issues surrounding Mr. Comey and Ms. Lynch.

REGAN: Congressman, there are some people that feel like, OK, this is yesterday's news. In other words, she didn't win. Donald Trump is now president. Let's move on.

And even Donald Trump himself seemed to sound like he didn't want to go after Hillary Clinton once he had taken office. But now we are in a situation where they are going after him and the -- with the whole special investigation. And it kind of feels like, in some ways, this might be more appropriate, given the level of vitriol they have been directed at him?

It's the fact that the people -- treatment under the law, and that was not what Secretary Clinton got. She got special treatment. She got different standard than what you or I would get.

Second, based on Mr. Comey's testimony a few weeks back, where he indicated, at the direction of the United States attorney general, he then, the FBI director, went out and misled the American people when he called the investigation a matter and not an investigation.

As I said in committee 10 days ago, the last time I checked, he wasn't the director of federal bureau of matters. He's the Federal Bureau of Investigation. So, why call it something different?

Why would the attorney general instruct the FBI director to mislead the American people? And why would she meet with the president, former president, just days before the secretary is supposed to be interviewed by the FBI?

REGAN: So, it is a different kind of conclusion perhaps.

Congressman, it seems there are a lot of questions here, a whole lot of questions. And as much as people would like to move on kind of for the health of the country, and you got a new president, and Hillary Clinton is in the past, I hear you...

The Justice Department shouldn't be misleading the American public, and that is exactly what they did. And you have to ask the question, why?

And it seems to me, when you asked the question why, it's obvious. They were trying to help Clinton win.

REGAN: Yes, Congressman, I do have to hand it to her on the alias, though. Elizabeth Carlisle has kind of a nice ring to it.

REGAN: It does make it harder for journalists, though, when you're trying to get those e-mails from Loretta Lynch.

REGAN: Because it turns out, you can get all the Loretta Lynch you want, but you are going to not get the Elizabeth Carlisle.

REGAN: Let me turn to North Korea with you, obviously, very big story today out of The Washington Post.

REGAN: What -- what are we going to do here? This has gotten to the point where we're going to need to do something.

And, Congressman, I don't if all those sanctions, even within China on board, are ever going to work.

But this is serious. I know this White House and our foreign policy experts are taking it for the very serious matter that it is. We will have to wait and see, but let's hope that this individual, golly, who runs North Korea can tone it down a little bit, and some of this has the kind of impact that we all hope it does.

REGAN: Do you expect that China is actually going to be able to enact any kind of influence here, or this just sort of ceremonious?

JORDAN: I mean, we will see.

Again, we will just have to see.

REGAN: All right, Congressman, good to have you here. Thank you very much.