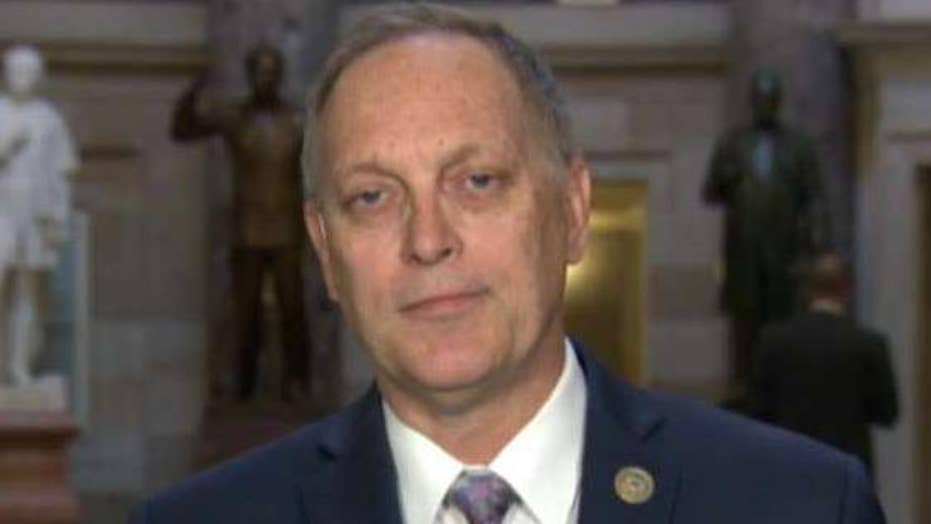 Republican congressman from Arizona says President Trump is rightful in calling for DOJ probe into claims that the 2016 Trump campaign was spied on.

This is a rush transcript from "Your World," May 21, 2018. This copy may not be in its final form and may be updated.

NEIL CAVUTO, HOST: In the meantime, our own Martha MacCallum has just wrapped up an interview with the vice president of the United States. And this meeting did in fact come up.

MIKE PENCE, VICE PRESIDENT OF THE UNITED STATES: With the revelations that our campaign may have been the subject of surveillance by the FBI, the president, I think, is grateful that the Department of Justice is going to have the inspector general look into it and determine and ensure that there was no surveillance done for political purposes against our campaign.

I think it would be very troubling to millions of Americans if that took place. But we're very confident that, as the inspector general has been doing their work, looking at the conduct of the FBI during that period, that, by adding their focus to this, that we will get to the bottom of it, because the American people have a right to know.

CAVUTO: All right, and you have a right to see the full interview the vice president had with Martha MacCallum. You will see that on "The Story" at 7:00 p.m. Eastern time, a little less than three hours from now.

In the meanwhile, we have got Arizona Republican Congressman Andy Biggs. He sits on the House Judiciary Committee.

Is this individual, in your eyes, a spy?

REP. ANDY BIGGS, R—ARIZONA: Well, if he's not a spy, he's what I call an undercover operative, an undercover agent. A lot of people would call that a spy, yes.

CAVUTO: So if the president is meeting with the FBI director and Rod Rosenstein and he's obviously imploring -- I know this was originally schedule about a week ago, so I will accept that at face value.

That it -- would it be proper for him to pound this with them and to recommend the investigation he has at least been tweeting about?

BIGGS: Absolutely, it is.

I think that he may have some other things on his agenda, but I think this revelation that's come out, I think he has to take it home and he has to find out what Christopher Wray and Rod Rosenstein are going to do about it.

And I quite frankly am -- I'm hoping he really -- you called it a powwow. I hope he's putting the pow and the wow into this thing, because he has got to drive it home that we need to know what our agencies were doing to impact the election. And if they're hiring people and embedding them into a campaign political purposes, that is corruption at the highest level, and that needs to be prosecuted.

CAVUTO: Do you think the president should be careful, though, how he frames this in his discussions with Mr. Rosenstein and the FBI director, that it could have the look of trying to exert his own personal influence on the Justice Department, on the FBI?

BIGGS: Well, I think he has to be careful, but we have to remember that these are -- these agencies are within the executive branch.

He`s the head. All things in the executive branch run through him. He needs to make sure that they're running independent. But if we're going to an inspector general or we should do maybe a second special counsel, that moves to independence. And that`s what needs to happen.

Of course, he can't get in there and tell them how to conduct their investigation. But he's now become a victim, and he's a chance -- he has a right to come to these guys and say, look, I was victimized, it looks like. You need to find that out.

CAVUTO: So, if the ongoing inspector general is looking into all these other matters, world there be any harm in just adding this to those matters, in other words, not getting a separate investigation going, but adding it to what he's already looking at?

And this -- you just keep adding on to this. This has become one of the most complex things I have seen, where you drip out. Almost every week, there's something new.

I think a completely independent counsel should be looking at what the Democrats did to get involved in this. I think they need to also look at what happened here with what the FBI and the DOJ did. I just don't think that the inspector general needs to add this to his load right now.

CAVUTO: All right, Congressman, thank you for taking the time into your schedule to join us. I appreciate it, sir.