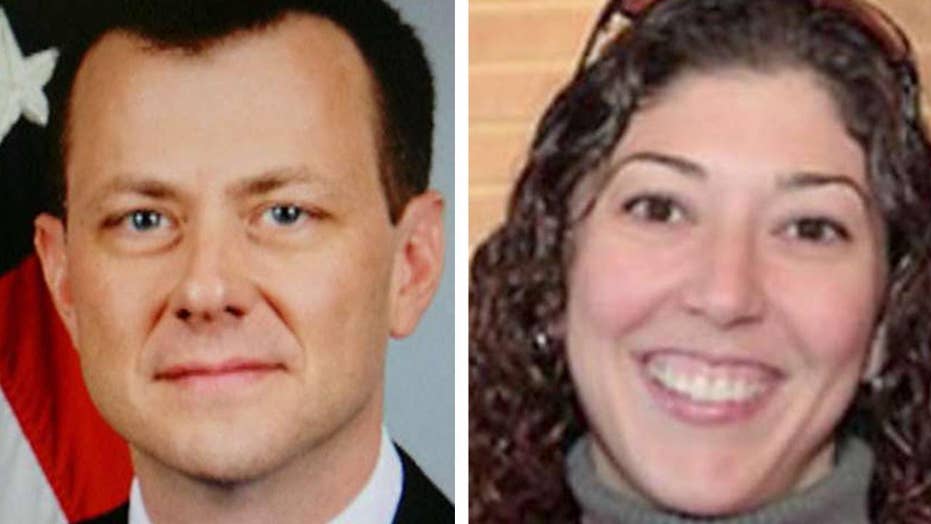 Biggs: I think Page and Strzok want to coordinate stories

This is a rush transcript from "Your World," July 11, 2018. This copy may not be in its final form and may be updated.

Former FBI attorney Lisa Page not showing up to that closed-door interview today with House lawmakers.

My next guest says she should be held in contempt of Congress for it.

Good to see you, Congressman. Thanks very much.

BARTIROMO: What are the odds she shows up tomorrow alongside her boyfriend, Peter Strzok, when he testifies in a public hearing, or if she comes up on Friday in a closed-door hearing?

I think they are kind of tacitly coordinating now. And that's why I think she probably didn't come in today.

What do you mean when you say she's going to be held in contempt of Congress? Practically speaking, what does that mean?

BIGGS: Well, it means that we have to do a resolution through the committee, through the floor, and then the attorney general gets to take and execute on that.

BARTIROMO: So, what is she -- why is she not showing up today, in your view?

BIGGS: Well, I think that she doesn't want to get in there and be locked in, because she doesn't know exactly what Peter Strzok said when he testified.

He was behind closed doors. That transcript has not been released yet. And I think what she -- she doesn't want to step over each other to where they have conflicting stories. I think they want to coordinate their stories a little bit.

And that's I think that she kind of wants to wait until after the public testimony of Peter Strzok, and then she can come in.

What are the documents that she wants to see? And we know that the FBI has been slow-walking documents to Congress, yourself included. So, is that part of this, or is that just smoke? What do you think?

BIGGS: I think that is smoke.

I mean, so she has been sitting around for seven months, and then she waits until the night before. She's going to go look at the FBI. The FBI has given her access to these records. And that isn't why she doesn't want to testify.

I'm just telling you, she is looking for excuses. I really believe that. And I am looking forward to actually having her in, so we can ask her some pretty pointed questions, and also Mr. Strzok tomorrow, I hope.

BARTIROMO: Tell us about the Strzok testimony, what you're expecting.

BIGGS: I think that he is going to have to be put on the spot a little bit more than he was in the closed-door hearing.

He's not going to have the same battery of lawyers there being able to object to everything. Otherwise, he's going to have to be taking the Fifth and try to avoid this. He kept saying, it's classified, right?

So, I don't think he is going to be able to do that tomorrow.

BARTIROMO: Where are we in this investigation, in your view?

BIGGS: Well, the investigation of these two, I think we're actually at a point where we are going to flesh it out a little.

I know Chairman Nunes has given a pretty substantial list of additional people to be interviewed. I think we need to continue and pursue this thing, because even though Strzok was in the lead in the Hillary Clinton investigation and the Russia investigation, they also worked together on the Mueller investigation.

BIGGS: There is a lot more out there. And I think that they have given us some idea, whether they admit to it or not, of some other places to go.

Congressman, it's good to see you. And we will be watching. Thank you so much.