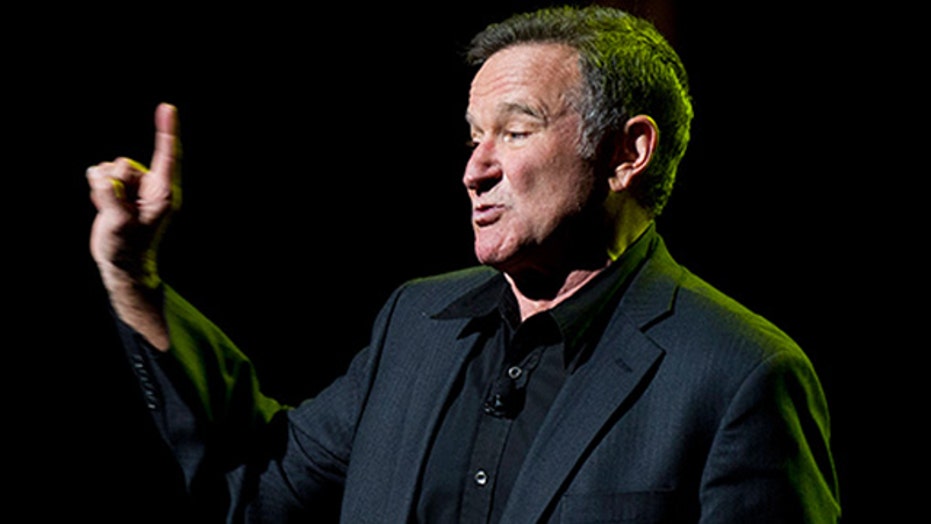 Remembering the life of Robin Williams

A look at the legendary comedian's career

This is a rush transcript from "The Kelly File," August 11, 2014. This copy may not be in its final form and may be updated.

ROBIN WILLIAMS AS "SEAN MAGUIRE": Better off without her?

WILLIAMS: It's all right. It's an important question. Because you'll have bad times, but they'll always wake you up to the good stuff you weren't paying attention to.

DAMON: And you don't regret meeting your wife?

WILLIAMS: Why? Because the pain I feel now? Oh, I got regrets, Will. But I don't regret a single day I spent with her.

DAMON: So when did you know, like, that she was the one for you?

MACCALLUM: Robin Williams, one of the most memorable moments from the 1997 hit film "Good Will Hunting." It earned him an Academy Award for best supporting actor. Joining us now is Michael Tammero, host of In the Foxlight. He was just at a red carpet here in New York City for a very big movie that is opening up when that news broke.

MICHAEL TAMMERO, HOST, "IN THE FOXLIGHT": Yes. This is the last place I thought I'd be tonight talking about this. We all just thought we had so much more time with Robin Williams. You know, I was coming to the red carpet tonight for this "The Giver," stars Meryl Streep and Jeff Bridges, and the minute the news broke we were all kind of just stunned. The first thing -- our reaction was to check to see if it was a hoax because people just couldn't wrap their arms around it.

And the air just went right out of the room after that. You know, the publicists of course try not to get us to ask any questions about it, but you have to. You know, I tried to throw one question out to Jeff Bridges as he was walking by, he stopped, paused, looked back and decided, you know, not to talk.

MACCALLUM: Not to say anything. Yes.

TAMMERO: There was a point he broke down a little bit when he first heard the news as he came on the carpet.

So, it's been a tough night for a lot of people. And just go onto Twitter and you see Robin Williams' legacy. I mean, people are just, you know --

MACCALLUM: Well, it's one of those situations where you don't appreciate someone fully, sadly.

MACCALLUM: Until they're gone. And you start to remember all of the, you know, the gift of being able to entertain people like that is a gift. You know, and he was born with it. And he was able to make people laugh and draw people in. And you point out that we have four more movies of Robin Williams that we can look forward to.

TAMMERO: This year and into next. "Merry Friggin Christmas," "Night at the Museum," I think part three. He had just signed to do a "Mrs. Doubtfire" follow-up to the 1993 hit. A lot of us including myself is looking forward to seeing that.

You know, and it's hard to find anyone who had anything really bad to say about him. I mean, just go on twitter, Steve Martin tweeted, this kind of sums it up. "I cannot be more stunned by the loss of Robin Williams, mensch, great talent, acting partner, genuine soul."

You know, Ellen DeGeneres writes, "I can't believe the news about Robin Williams. He gave so much to so many people. I'm heartbroken."

And right before I get on, just reminding me, he paid for the medical bills for Christopher Reeve. So, he was just that kind of --

MACCALLUM: He and Christopher Reeve were two students who made it into the freshman class at Julliard.

MACCALLUM: And they only take 20 every year. And he and Christopher Reeve were in that class together, which is just an incredible thing. They were good, good friends. And as you point out, he was with him through all of that.

Very tough times. Michael, thank you very much. Thanks for being with us tonight.