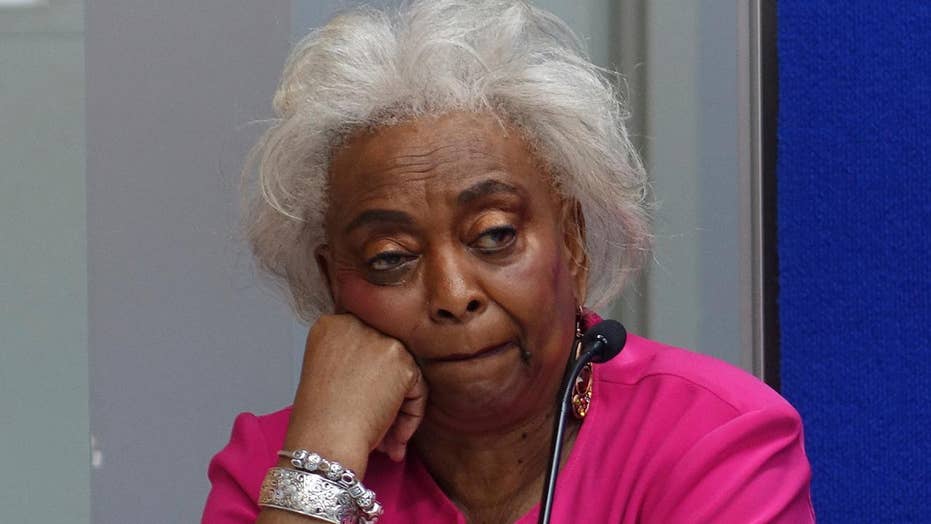 Machine recounts are underway in Florida's Senate and governor races; reaction and analysis from the 'Special Report' All-Stars.

This is a rush transcript from "Special Report with Bret Baier," November 13, 2018. This copy may not be in its final form and may be updated.

SEN. BILL NELSON, D-FLA.: Sadly, it's become clear that my opponent isn't interested in making sure that every lawful vote is counted. He has thrown around words like "voter fraud" with no proof.

GOV. RICK SCOTT, R-FLA.: Sixth-five other counties figured out how to do it right. These two counties couldn't.

JOSEPH KLOCK, FLORIDA ATTORNEY: You don't feel that you should sit around and have to worry for the next two or three weeks as to whether or not people are going to find votes in trunks of cars and in boxes and the like.

BRENDA SNIPES, BROWARD COUNTY ELECTIONS SUPERVISOR: Well, I don't have a treasure trove for going out digging on the beaches somewhere to find new votes.

BRET BAIER, ANCHOR: The recount in Florida is continuing there, and really the focus is on that Senate race, as you look at these bread, 12,562 votes Rick Scott up over Bill Nelson, the governor's race at about 33,000 votes. The other race called last night after a concession from Martha McSally. Arizona, the spread 38,000 votes for Kyrsten Sinema, the Democrat who is now heading to Washington. The difference there with the Arizona governor's race was really stark. Doug Ducey, the Republican, getting 326,000 votes over the Democrat there. And you see the difference between McSally and Sinema was at 38,000.

With all of that and the changes on Capitol Hill, let's bring in our panel: Matthew Continetti, editor in chief of The Washington Free Beacon; Kimberley Strassel is a member of the editorial board at The Wall Street Journal, and James Pindell is a political reporter for The Boston Globe. OK, Matthew, your assessment of what we are looking at in Florida and the results of Arizona?

MATTHEW CONTINETTI, WASHINGTON FREE BEACON: I think in Florida the margin, even though it's narrow, is still over that 10,000 vote limit where I really don't see the recounts affecting the final result, especially since now Governor Scott, soon to be Senator Scott, I think is focusing attention on shenanigans in those two go counties in southern Florida.

In Arizona, though, it's very interesting. There's been this debate about Democrats, about strategy going from 2018 to 2020, should they continue to really rally the progressive base or should they try to move to the center? I think if you look at Sinema and her success, and you see that split to ticket voting happening between the top of the ticket and her Senate race, that shows for Democrats moving to the center like Sinema did since she was first elected to Congress, is a winning strategy.

BAIER: Kimberley, the opponents of Sinema in Arizona will say she is not a moderate, but she sure ran as one. And if you look at the exit polls and the data coming out of Arizona, it suggests -- and even the vote total between Ducey and McSally, it suggest that she had significant headway especially in the suburbs around Phoenix and Tucson.

KIMBERLEY STRASSEL, WALL STREET JOURNAL: She's also a very charismatic campaigner, a very good retail politician. And I think this gets to, if you talk to Republicans out there, some of them were very frustrated with McSally's campaign. Put a little bit more of this in the failure of her in that they complained that she ran a bit of a defensive campaign. She looked to be ahead and so she stopped taking chances, didn't campaign as hard. There is a belief that she ran too negative of a campaign. This was a woman that wasn't as well-known across Arizona and needed to do more to introduce herself, make an impression on voters. And so I think there is some criticism handed out to her from her own base now over this loss.

BAIER: That said, Governor Ducey could choose her to fill the open McCain Senate seat when Senator Kyle finishes up we assume in January. We'll see about that.

James, if you look at the night, Democratic successes in 2018, a lot of people say it wasn't a huge blue wave, but it was pretty successful if you look at the big picture where they were heading going in. They flipped Nevada and Arizona. Obviously they lost in Missouri, Indiana, and likely Florida, but you've got the House netting at least 32 seats, governors picked up seven Republican held governorships. State legislatures, they are putting the number at 323 Republican legislative seats that they picked up. And they picked up seven legislative chambers. We had a graphic for all of that, but I will just lay it out for you. What do you think of that night?

JAMES PINDELL, BOSTON GLOBE: Yes. Going in, it seemed like it would be even higher. That why I think Democrats were feeling like the blue wave never really happened for them, and I think a big key part of that was Florida particularly earlier in the night. There was a conversation earlier from Matthew what Democrats would do going forward. Will they now see an argument, an imperative to pick a more moderate path or pick the more progressive path. And I think the answer really is much more muddled if we are going to be honest about it. Joe Donnelly, as you mentioned, ran as a moderate, ran as a pro-life Democrat incumbent who said he would agree with and ran ads saying he agreed with President Trump, lost. Heidi Heitkamp of course lost, and Claire McCaskill lost. Opponents would say they are big liberals, but they basically ran as moderates. And on the flip side, we've seen some mixed track record among progressives, but overall clearly the dynamics have fundamentally changed in how Washington is going to act and organize themselves next year.

BAIER: Speaking of which, you have been incoming House member Ocasio- Cortez joining protesters today, Matthew, in Nancy Pelosi's office, saying climate change needs to be the number one priority for the incoming Democratic leaders. It's not usually the way an incoming House member tries to go get committee assignments, but she is sitting in the sit-in.

CONTINETTI: That's right, and she's now one of two congressmen elect who are members of the Democratic Socialists of America showing you the far left of the House Democratic Congress. I think Nancy Pelosi has her work cut out for her, Bret. She's trying to cobble together the speakership role. I think a real advantage is there is no alternative to her leadership right now. If there were, I think, a serious challenge to Nancy Pelosi, her grip on power might slowly loosen.

BAIER: And last thing, Kimberley, Mitch McConnell, the Senate majority leader, says "The Senate has proven its ability to reach bipartisan solutions to some of the most pressing challenges in facing our nation. In looking ahead to the coming year, there will be no shortage of opportunities to continue this impressive record of cooperation across the aisle and across the capital. What can we make on those opportunities will depend on our Democratic colleagues. Will they choose to go it alone and simply make political points, or will they choose to work together and actually make a difference?" What is your guess?

STRASSEL: I would say not to expect too much on that front. We obviously did get gridlock out of last Tuesday night in terms of the House and the Senate. That already makes things a little bit harder. There is a good bet that a lot of Democrats are going to be reticent to cut any deals that they might feel may give President Trump any credit over anything because they don't want that going into the 2020 election.

My guess is that what we are going to see here is the Senate is going to continue its work of confirming nominees and judges. This is Mitch McConnell's top priority. And then for both sides, it's largely going to be about messaging. They are thinking about 2020 already and they're going to see how they can use their power to lay out the message to voters to try to make the case to give them the White House two years from now.