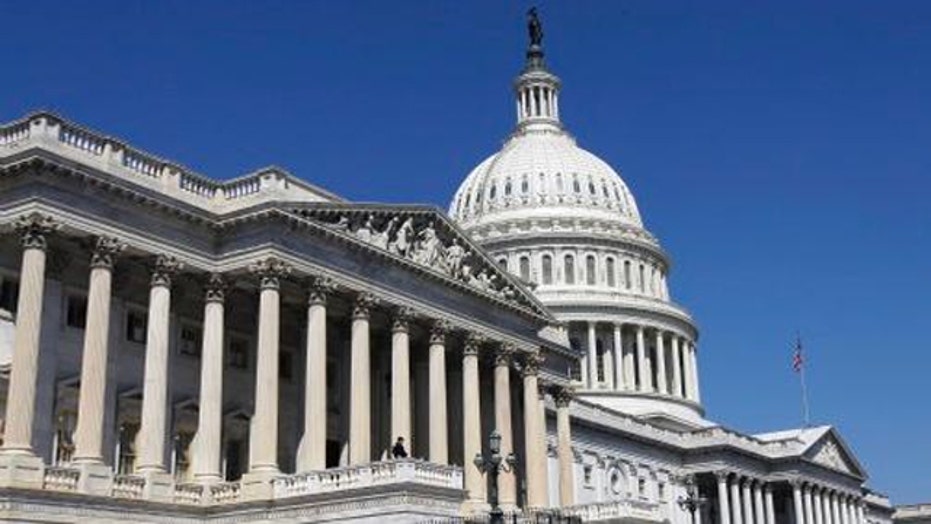 Time for Congress to get back to bickering?

IS IT TIME TO START CUTTING THE PORK TO SAVE TAXPAYERS MONEY?

JOHN TAMNY: It's a reminder that bipartisanship is the most overrated concept in politics. Anytime the two parties get together, we've always got to watch our wallets. In this case, it's a normally expensive bill and violates the most basic concept in economics which is comparative advantage.

RICK UNGAR: Well, let's tear that apart a little bit. Nobody is going to disagree when we say pork. Intellectually, it's a terrible, terrible thing to do and should not drive legislation. What fascinates me, however, well beyond our recent years it's always been pork and it's always been earmarks that are used to get an agreement. The question you need to ask is why we have these politicians require this before they vote the way they should and if they are going to do it anyhow, maybe we should bring earmarks back because at least we get things done when we have them.

ELIZABETH MACDONALD: By the way, why do we need a Christmas tree tax? There are already nativity scenes to promote Christmas trees. I'll tell you something, we already have the energy crisis throwing pork around, things like Solyndra which is putting green lipstick on a pig and we have those bills with pork in them. The only way we can get bipartisanship is through pork, that's a sad state for our country to be in.

STEVE FORBES: That's true, David. The government sucks resources from out of the economy. They take it from we the people. This farm bill is really pig sty and the American people are getting a stench from it. I don't mind using pork to get a flat tax through or cuts in other spending through or reform in social security but they've got nothing from this. This is just pure pork.

MIKE OZANIAN: That's right. Right now, David, private investment excluding households is running 2 percent of GDP. The post-World War II expense is 4 percent. Government spending, a percentage of GDP is higher than post war and that's sucking money out of the private sector which creates the jobs and tax revenues to fund the government.

RICH KARLGAARD: Not only that, it creates negative multiplier effects. We have to pay Brazil $147 million a year as a penalty because we violate some free trade thing because we subsidize our own cotton industry. So we're not only paying for the subsidized rich cotton farmers but we're paying penalties for doing this.

RICK UNGAR: We broaden out these definitions and people can be pretty badly misled. If folks go over to Regulation.Gov and you look at what has happened so far this year, you discover these are not new regulations that were passed. They are notices of potential changes. They are sending them out for comment, because that is always part of the process. They were rule-making regulations but they weren't ones that were passed as of yet. They have gone out for notice and comment. It's not like in the first three days of the year we suddenly signed up on all of these regulations and that makes a big difference.

MIKE OZANIAN: To Rick's own point, even if they are not yet passed, think about the small business owner. You're trying to figure out whether to hire more people, expand or start a new business, how are you supposed to know what the landscape it like or if you're going to earn a return? You don't even know what the rules and regulations are going to be.

RICH KARLGAARD: In addition to the $100 billion of new regulatory costs in 2013, we have 160 million hours of more paperwork. Now, this means that companies, startups have to hire compliance officers, accountants and lawyers rather than engineers and salespeople. This is having a tangible effect on the economy and why we're growing at a substandard growth weight.

SABRINA SCHAEFFER: We're absolutely a regulation nation. Big corporations are often times the ones that can absorb the cost. The manufacturers alliance considers a major regulation one that costs $100 million in compliance costs and it's one thing for Walmart to absorb that but a smaller competitor cannot, which pushes them out of the marketplace. It distorts the markets and creates less competition for consumers and drives up prices overall.

BILL BALDWIN: I think the government should stop harassing employers, for example, with the regulation that makes it illegal to look at criminal records when you're hiring or for another example, lawsuit against consolidated coal. They put in a hand scanner at the job site check-in and one employee said it's the mark of the beast and symbol of the anti-Christ.

SABRINA SCHAEFFER: The IWF has a whole project to vote about pushing back about this excessive worrying. Kids that are not allowed to take risks turn out to be dependent adults. They are so safe that kids are not getting any exercise. I think definitely bring it over here.

BILL BALDWIN: Very wholesome. Last year a 12-year-old was shoved too hard in a suburban Pennsylvania school yard. He banged his head and went into a coma and died. Do we really want recess to be unsupervised? Do we really want to turn it into a set of "Lord of the Flies"?

STEVE FORBES: No, it hasn't. When I grew up there was something called recess. You go out and play handball, basketball, play seesaws, jungle gyms and, get the steam out, and it worked. I broke my arm once. Big deal. It's part of growing up.

RICH KARLGAARD: We used to throw buckets of water down gopher holes and then the wet gopher would come up and we'd chase him around the playground. We did it even without seesaws.

JOHN TAMNY: I think I was bullying someone once in the second grade and I got pushed and broke my nose. The kids go through those stages. No amount of supervision is going to change it but ultimately kids grow up and they will grow out of this. Leave kids alone and let them have fun.

ELIZABETH MACDONALD: Yes. Listen, I grew up where the playground was a parking lot at our elementary school and up the street they played lawn darts at night while the parents were drinking vodka tonics. The benefit of risk taking does develop the children so the playground and rule book and the government also have to stop with what is going on with the U.S. Economy.

Tell our viewers what stock they can buy that costs under $10/share.